GET NEWS AND ARTICLES IN YOUR INBOXPrint
A
A
Home | Mises Library | The Fed Can’t Raise Rates, But Must Pretend It Will

The Fed Can’t Raise Rates, But Must Pretend It Will 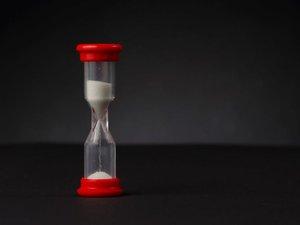 Waiting for Godot is a play written by the Irish novelist Samuel B. Beckett in the late 1940s in which two characters, Vladimir and Estragon, keep waiting endlessly and in vain for the coming of someone named Godot. The storyline bears some resemblance to the Federal Reserve’s talk about raising interest rates.

Since spring 2013, the Fed has been playing with the idea of raising rates, which it had suppressed to basically zero percent in December 2008. So far, however, it has not taken any action. Upon closer inspection, the reason is obvious. With its policy of extremely low interest rates, the Fed is fueling an artificial economic expansion and inflating asset prices.

Selected US Interest Rates in Percent 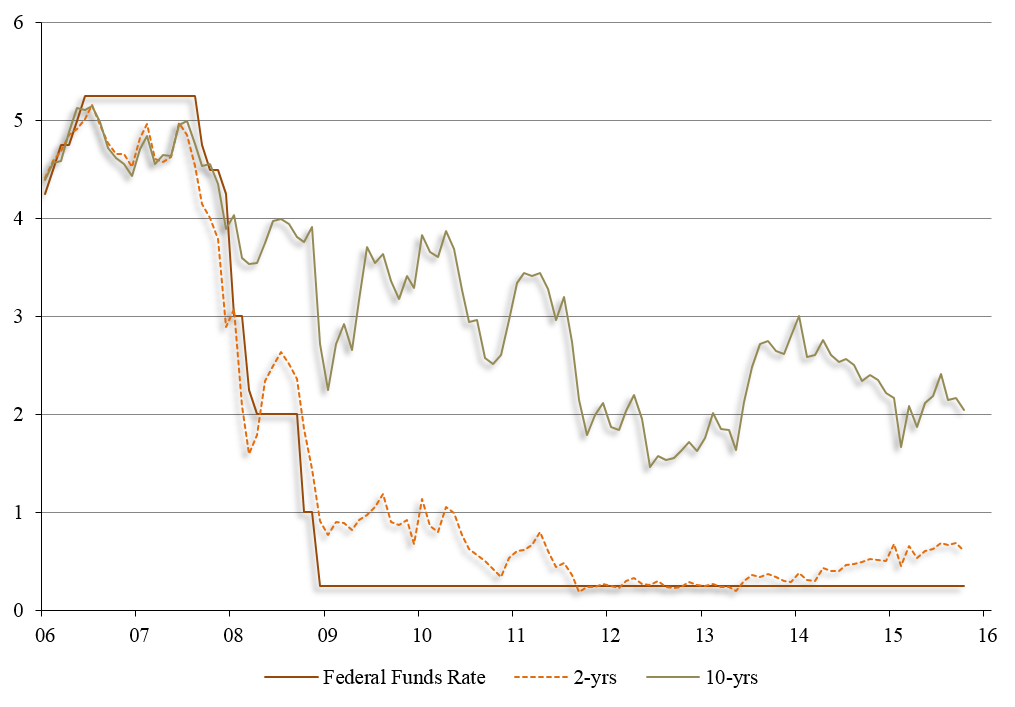 Raising short-term rates would be like taking away the punch bowl just as the party gets going. As rates rise, the economy’s production and employment structure couldn’t be upheld. Neither could inflated bond, equity, and housing prices. If the economy slows down, let alone falls back into recession, the Fed’s fiat money pipe dream would run into serious trouble.

This is the reason why the Fed would like to keep rates at the current suppressed levels. A delicate obstacle to such a policy remains, though: If savers and investors expect that interest rates will remain at rock bottom forever, they would presumably turn their backs on the credit market. The ensuing decline in the supply of credit would spell trouble for the fiat money system.

To prevent this from happening, the Fed must achieve two things. First, it needs to uphold the expectation in financial markets that current low interest rates will be increased again at some point in the future. If savers and investors buy this story, they will hold onto their bank deposits, money market funds, bonds, and other fixed income products despite minuscule yields.

Second, the Fed must succeed in continuing to postpone rate hikes into the future without breaking peoples’ expectation that rates will rise at some point. It has to send out the message that rates will be increased at, say, the forthcoming FOMC meeting. But, as the meeting approaches, the Fed would have to repeat its trickery, pushing the possible date for a rate hike still further out.

If the Fed gets away with this “Waiting for Godot” strategy, savings will keep flowing into credit markets. Borrowers can refinance their maturing debt with new loans and also increase total borrowing at suppressed interest rates. The economy’s debt load can continue to build up, with the day of reckoning being postponed for yet again.

If a rush for the credit market exit would set in, it would be upon the Fed to fill debtors’ funding gap in order to prevent the fiat system from collapsing. The central bank would have to monetize outstanding and newly originated debt on a grand scale, sending downward the purchasing power of the US dollar — and with it many other fiat currencies around the world.

The “Waiting for Godot” strategy does not rule out that the Fed might, at some stage, nudge upward short-term borrowing costs. However, any rate action should be minor and rather short-lived (like they were in Japan), and it wouldn’t bring interest rates back to “normal.” The underlying logic of the fiat money system simply wouldn’t admit it. 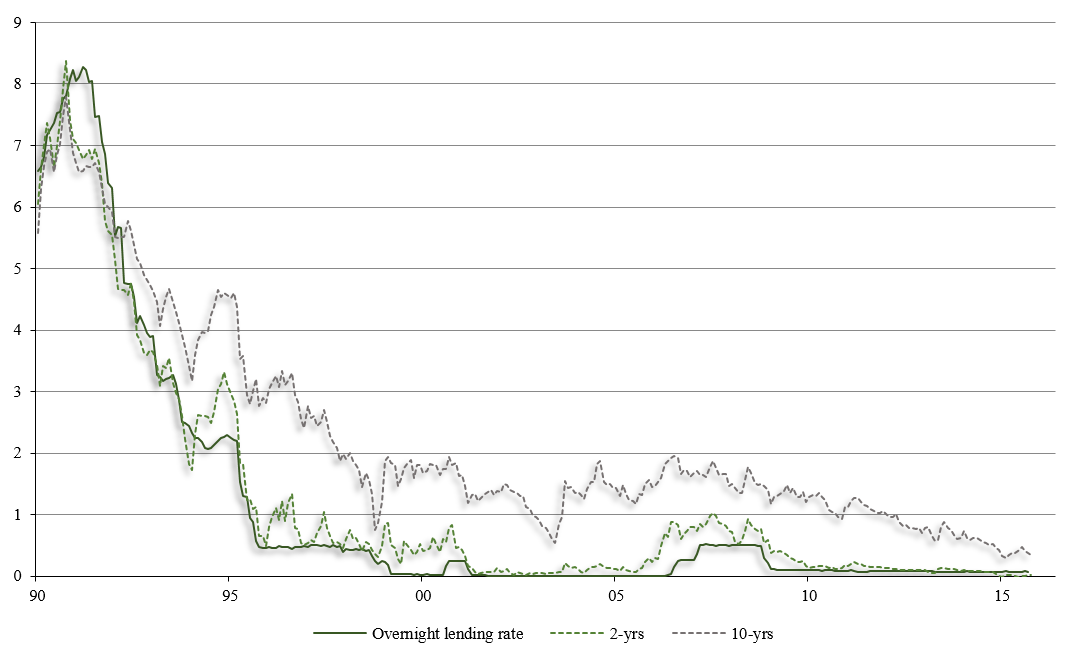 The Fed — and basically all central banks around the world — are unlikely to accept deflation clearing out the debt, which would topple the economic and political structures built upon it. Fending off an approaching recession-depression with more credit-created fiat money and extremely low, perhaps even negative, interest rates is what one can expect them to do.

Murray N. Rothbard put it succinctly: “We can look forward … not precisely to a 1929-type depression, but to an inflationary depression of massive proportions.”

Objection, Professor Harari! Logic Proves the Existence of Free Will

Yuval Noah Harari, who teaches history at Hebrew University in Jerusalem, denies that free will exists. However, to...