The Fallacy of the (Super)Neutrality of Money 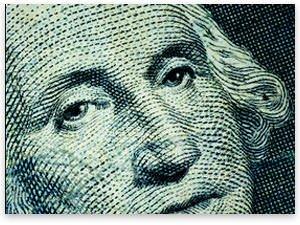 On the Neutrality and Superneutrality of Money

Today's mainstream macroeconomic theory typically focuses on aggregate consequences resulting from policy measures, such as the effect on output and prices of a rise in the money stock. One crucial assumption is that money is neutral.[1]

The hypothesis of the neutrality of money is mostly assumed to hold in the long term, while in the short-to-medium term the idea is that a rise in the money stock may well affect economic activity. This is largely attributable to surprise (and transaction-cost) effects.

For instance, an unexpected rise in the money stock induces changes in relative prices and therefore affects consumption and investment. Eventually, however, market agents adjust their dispositions (wages, contracts, etc.) to higher prices, and economic activity returns to its original level. So, the new money increases prices, but it does not increase production.

The neutrality-of-money hypothesis does not rule out that changes in the money growth rate may have permanent effects on the level of economic activity. In fact, a rise in the growth rate of the money stock (from, say, 4% a year to 5% a year) may be thought of as having the potential of pushing production to a permanently higher level of output.

Money is said to be superneutral, if changes in the growth rate of the money supply exert no effects on output. In other words, the hypothesis of the superneutrality of money would say that economic activity is independent of money growth.

From the viewpoint of the Austrian School of Economics, the hypothesis of the superneutrality of money must be strongly rejected, first and foremost, for methodological reasons. To show this, one should start with briefly reviewing the nature of money.

What Money Really Is

Money is the universally accepted means of exchange.[2] And as Ludwig von Mises (1881–1973) pointed out: the exchange function is money's sole function. All other functions — unit of account, store of value, medium of deferred payment — are merely subfunctions of money's exchange function.

What is more, money is a good like any other. It is subject to the law of diminishing marginal utility. This, in turn, implies that an increase in the stock of money will necessarily be accompanied by a drop in money's exchange value vis-à-vis other goods and services.

Further, an injection of new money necessarily causes a change in relative prices, and this, in turn, affects the production of consumption and investment goods. Any change in the money supply — be it free-market money or government-controlled money — will have the implication outlined above.

However, under a government-controlled money-supply regime, changes in the money supply are definitely harmful. Such a change in the money supply is in violation of the principles underlying the free market, which secure mutually beneficial exchange transactions.

As Austrian economists have pointed out, government money production, where money is created out of thin air by commercial banks extending circulation credit, leads to malinvestment, boom-and-bust cycles and a non-market-conforming distribution of incomes.

By no means less important, the economic and political ravages that monetary debacles cause open the door for ever-greater government interventions in the free-market system. These increasingly undermine and even destroy property rights, and so, liberty and freedom.

Finally, to remove all doubt, Mises showed that money cannot be neutral for logical reasons. According to a praxeological analysis, the axiom of human action represents an irrefutable truth; in fact, it is an a priori synthetic judgement in Kantian terms.

The law of diminishing marginal utility is logically implied in the axiom of human action — and thus irrefutably true. Money is an economic good, and it is subject to the law of diminishing marginal utility. And so a rise in the money supply must also necessarily lead to a decline in its purchasing power and must cause changes in other economic variables. A change in the money stock cannot be neutral for logical reasons.

Money and Real GDP in the United States

The superneutrality hypothesis, viewed from a mainstream economic viewpoint, suggests that output gains would be unrelated to changes in the money supply in the long run. And this is indeed what a look at the data suggests.

Annual changes in M1 showed, on average, a slightly negative relation to real-GDP growth (as suggested by the basically negative slope of the regression line).[3] In the period under review, a 1 percentage point rise in annual M1 growth (from, say, 4% to 5%) came with a 0.3 percentage point drop in annual real-GDP growth. An acceleration of annual M1 growth (say, from 5% a year to 6% a year) did actually not, on average, have a bearing on real GDP growth.

In fact, one may say that expanding M2 basically reflects part of the inflation of financial-asset prices — because M2 basically tracks commercial banks' circulation credit expansion much better than M1. The relation between an acceleration of annual M2 growth and annual real-GDP growth was negative on average.

While one should certainly not get carried away by looking at these admittedly simple empirical illustrations — after all, it is praxeology that establishes the truth value of an economic theory logically — nevertheless, these illustrations reflect important lessons of Austrian monetary theory.

Second, changes in the money stock were associated with, at times, considerable swings in output. However, as swings in output gains were, on average, more or less compensated for by swings in output losses (as implied by the first finding), this relation bears testimony to the Austrian's conclusion that money-supply increases through circulation credit are the predominant cause of the business cycle.

Third, the continuing increase in the money stock (as reflected by positive growth rates of the money stock over time) lays bare the inflationary nature of the fiat money system; the inflation effects include debasing the currency and redistributing incomes in a non-market-conforming manner.

The Need for Demystifying

Mises was an advocate of free-market money. Such money would, Mises held, be fully compatible with the principles guiding the free social order and would minimize economically disturbing effects when compared to a government money-supply production (based on circulation credit).

Perhaps most important, Mises realised that free-market money was also a protection against the destruction of the free-market order by government intervention — which is regularly provoked by monetary debacles, themselves inevitably caused by government money-supply monopolies.

It is against this backdrop that the notions of neutrality and superneutrality of money need to be demystified. Admittedly, both hypotheses are supportive of the case against an openly visible inflationary monetary policy: they would acknowledge that more money does not bring more output.

However, the hypotheses of the neutrality and superneutrality of money rest on a simplified interpretation of the quantity theory. As a result, they come to ignore the inflation effects which inevitably follow from the government's injecting new money into the system.

And as these inflation effects — and their economic and political consequences — are overlooked, one loses sight of the economically destructive role played by central banks: namely, increasing the money supply by creating circulation credit. 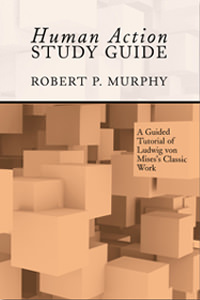 And finally, it needs to be noted that the hypothesis of the superneutrality of money is expressive of the empiricist-positivist approach of modelling economics according to the natural sciences. Mises noted,

Indeed, the method of natural sciences is inappropriate to the study of economics — which is a field of praxeology. The methodological spirit conveyed by the hypothesis of the superneutrality of money therefore promotes false theories — which, in turn, foster damaging policies.

[1] For a reference on the discussion in mainstream monetary theory see, for instance, McCallum, B. T., "Long-Run Monetary Neutrality and Contemporary Policy Analysis," Discussion Paper No. 2004-E-18, Institute For Monetary And Economic Studies, Bank of Japan; also Bullard, J. B and Keating, J., "The Long-run Relationship Between Inflation and Output in Postwar Economies," Journal of Monetary Economics 36, no. 3 (December 1995): pp. 477–496.