Fact Checking Paul Krugman's Claim To Be "Right About Everything" 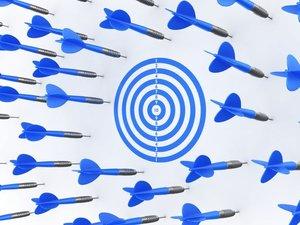 But can the debate really be as one-sided as I portray it? Well, look at the results: again and again, people on the opposite side prove to have used bad logic, bad data, the wrong historical analogies, or all of the above. I’m Krugtron the Invincible!

Thus wrote the great Paul Krugman. A man so modest as to proclaim that “I think I can say without false modesty, a huge win; I (and those of like mind) have been right about everything.”

Quite a claim. Indeed, predictions are extraordinarily difficult. Even to an expert in a subject who has dedicated his life to a field of study, predicting the future proves elusive. Daniel Kahneman referenced a study of 284 political and economic “experts” and their predictions and found that “The results were devastating. The experts performed worse than they would have if they had simply assigned equal probabilities to each of three potential outcomes.”

A whole book of such wildly inaccurate predictions by experts was compiled into the very humorous The Experts Speak with such prescient predictions as Dr. Alfred Velpeau’s “The abolishment of pain in surgery is a chimera. It is absurd to go on seeking it” and Arthur Reynolds belief that “This crash [of 1929] is not going to have much effect on business.” Indeed, a foundational block of Austrian economics (that some Austrians unfortunately forgot regarding premature predictions of hyperinflation) is that the sheer number of variables in the world at large makes accurate forecasting extraordinarily difficult.

So it must be a rare man indeed that can be right about everything. And this man, Paul Krugman is not.

Predicting a Bubble He Recommended

Paul Krugman likes to reference the fact that he predicted the housing bubble. Of course, he also sort of recommended it. From a 2002 column of his,

To fight this recession the Fed needs more than a snapback; it needs soaring household spending to offset moribund business investment. And to do that, as Paul McCulley of Pimco put it, Alan Greenspan needs to create a housing bubble to replace the Nasdaq bubble.

In 2009, when this came out, he denied its obvious implication and wrote, “It wasn’t a piece of policy advocacy, it was just economic analysis. What I said was that the only way the Fed could get traction would be if it could inflate a housing bubble. And that’s just what happened.” So that doesn’t count as a recommendation? It certainly sounded like he was agreeing with Paul McCulley on inflating a housing bubble. And he verified that that’s exactly what he meant in a 2006 interview where he said,

As Paul McCulley of PIMCO remarked when the tech boom crashed, Greenspan needed to create a housing bubble to replace the technology bubble. So within limits he may have done the right thing. But by late 2004 he should have seen the danger signs and warned against what was happening; such a warning could have taken the place of rising interest rates. He didn’t, and he left a terrible mess for Ben Bernanke.

The best Krugman can possibly say is that he thought Greenspan went too far with the housing bubble he recommended.

Deflation is Around the Corner

While running victory laps because the United States hasn’t seen massive price inflation, Krugman seems to have forgotten what his prediction actually was. In 2010 he wrote, “And what these measures show is an ongoing process of disinflation that could, in not too long, turn into outright deflation ... Japan, here we come.”

Robert Murphy called him on this and noted Krugman’s response,

... Krugman himself ... said of his 2010 analysis: “(In that post, I worried about deflation, which hasn’t happened; I’ve written a lot since about why).”

Note the parenthetical aside, and the timing: Krugman in April 2013 is mentioning in parentheses to his reader that oh yes, as of February 2010 he was “worried about deflation, which hasn’t happened.” In other words, Krugman entered this crisis with a model that predicted how prices would move in response to the economic situation, and chose his policies of government stimulus accordingly. He was wrong, and yet maintains the same policy recommendations.

But of course to Krugman, anyone who predicted price inflation can’t explain why that hasn’t happened. Such people are just those “... who take a position and refuse to alter that position no matter how strongly the evidence refutes it.” Krugman is different.

Europe Will Do Better Than the United States

... tales of a moribund Europe are greatly exaggerated. ... The fact is that Europe’s economy looks a lot better now — both in absolute terms and compared with our economy.”

Later he noted that “Americans will face increasingly strong incentives to start living like Europeans” and that “he has seen the future and it works.” (I should probably note that that is a quote he borrowed from Lincoln Steffens about the Soviet Union.)

Then Greece went bankrupt and the international consensus is unquestionably that the crisis hit Europe harder.

The Euro Will Collapse

Niall Ferguson counted eleven different times between April of 2010 and July 2012 that Krugman wrote about the imminent breakup of the euro. For example, on May 17th, 2012, Krugman wrote,

Apocalypse Fairly Soon. ... Suddenly, it has become easy to see how the euro — that grand, flawed experiment in monetary union without political union — could come apart at the seams. We’re not talking about a distant prospect, either. Things could fall apart with stunning speed, in a matter of months, not years. And the costs — both economic and, arguably even more important, political — could be huge.

Most of these predictions are laced with weasel words such as “might,” “probably,” and “could” (more on that shortly). Still, while I’m no fan of the euro, and it might still collapse, as of today, three years later, it has not. If the word “imminent” means anything at all, Krugman was wrong.

The Sequester Will Doom Us All

Then later, he decided that these were actually quite large potatoes, stating,

And, somehow, both sides decided that the way to buy time was to create a fiscal doomsday machine that would inflict gratuitous damage on the nation through spending cuts unless a grand bargain was reached. Sure enough, there is no bargain, and the doomsday machine will go off at the end of next week.

The economy has done quite well since then actually. Indeed, how $85.4 billion dollars in “cuts” (from the next year’s budget not the previous year’s spending) could affect anything in a $17 trillion dollar economy is simply beyond me. And of course, it didn’t.

In March of this year, Krugman wrote in regard to some European bonds with negative nominal yields,

We now know that interest rates can, in fact, go negative; those of us who dismissed the possibility by saying that people could simply hold currency were clearly too casual about it.”

But as Robert Murphy points out, “The foundation for the Keynesian case for fiscal stimulus rests on an assumption that interest rates can’t go negative.” Murphy also points out that Krugman should admit he was wrong again because back in 2009, Krugman wrote,

And the reason we’re all turning to fiscal policy is that the standard rule, which is that monetary policy plus automatic stabilizers should do the work of smoothing the business cycle, can’t be applied when we’re hard up against the zero lower bound. [i.e. zero percent interest]

“Inflation Will be Back”

In 1998, Paul Krugman predicted “Inflation will be back.”

“The Rate of Technological Change in Computing Slows”

Same article as the last one, “... the number of jobs for IT specialists will decelerate, then actually turn down.”

Aside from a short dip after the 2001 recession, the answer would be nope again.

The great market meltdown of 2007 began exactly a year ago, with a 9 percent fall in the Shanghai market, followed by a 416-point slide in the Dow. But as in the previous global financial crisis, which began with the devaluation of Thailand’s currency in the summer of 1997, it took many months before people realized how far the damage would spread.

So the crisis would begin in China? Almost.

He concluded that column by saying, “I’m not saying that things will actually play out this way. But if we’re going to have a crisis, here’s how.”

That’s a good hedge, just like with the euro. He can say he got the financial crisis right (albeit happening in a different way than he expected), but then say he didn’t get the euro wrong because he added “probably” before any prediction about it.

Normally, there would be nothing wrong with these weasel words. Given the nature of predictions, any prediction that is made should have a qualifier in front of it. It’s simply an admission that you aren’t omniscient. But you can’t eat your cake and have it too. Either Krugman was right about the crisis (sort of) and wrong about the euro (and many other things) or neither should count at all.

Or course, this doesn’t refute Krugman’s theories. But then again, Krugman may want to slow down on his victory laps.