Everything Popular Is Wrong: Malinvestment and Consumers | Mises Institute
Skip to main content

GET NEWS AND ARTICLES IN YOUR INBOXPrint
A
A
Home | Mises Library | Everything Popular Is Wrong: Malinvestment and Consumers

Everything Popular Is Wrong: Malinvestment and Consumers 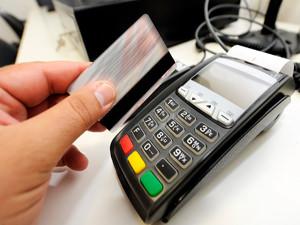 “Everything popular is wrong” — Oscar Wilde’s famous quote can be supported by economic theory. One of the seemingly neglected aspects of malinvestment is the effect it has upon the popular perception of products, services, and lifestyles.

Malinvestment, while misunderstood by many, is nonetheless an easy concept to grasp. Imagine that the government decided that cars were unsafe and, therefore, more people should drive trucks. To encourage the use of trucks over cars, the government offers easy credit to truck buyers through a federal truck loan program. The easy credit creates an artificially high demand for trucks, increasing revenue and profits for truck manufacturers at the expense of other industries.

The easy credit encourages more people to buy trucks than would otherwise buy them. That’s malinvestment in a nutshell — capital being diverted from somewhere to somewhere else through government intervention.

Malinvestment is a term usually reserved for the malinvested capital created by credit expansion. But, any kind of government intervention in the economy creates malinvestment, whether it’s a loan program, regulation, or other economic intervention. In many cases, if it manipulates behavior, it causes malinvestment.

The same effect could be obtained by regulation. The government might require those who drive cars to study for a special license, then pay an annual fee for that license. Just like the loan program, this would cause an imbalance in economic investment. People would avoid buying cars because of the additional expense and hassle. Instead, they would be more likely to buy trucks, which don’t require the extra license.

What makes these marketing messages so dangerous is that they are indeed true. The research that the truck industry puts out will be accurate and convincing. It will show up before the eyes of the population and convince many. But there is a missing message that should be balancing the truck manufacturers’ marketing. The revenue diverted from car manufacturing to truck manufacturing results in more marketing for trucks but also results in less marketing for cars.

Significant amounts of research and marketing for the truck industry are created that should have never existed. On the other hand, research and marketing that should be informing people about the advantages of cars never comes into existence. Combine the prevelance of one messsage and the absence of competing messages and the result is a perfect storm for widespread misinformation. This is all the result of government intervention in the ecomomy.

Consider the student pursuing a business degree. Is it really possible that spending four years and $60,000 is the best method of preparing for a career in business? $60,000 is enough to cover the average startup costs of two small businesses. As an entrepreneur myself, I would argue that many business concepts can be easily market tested in three months for $4,000. In four years, an aspiring businessperson could test 15 different business models for the equivalent cost of a business degree. In terms of effective preparation for success, I find it hard to believe that a college degree could even begin to compete with four years of experience working on business startups.

Consider also the hundreds of wonderful educational resources made available online for free. In college, I learned more from a one hour YouTube video lecture by Murray Rothbard on the Fed than I did in my entire Macroeconomics class at the state college.

But these alternatives do not have the long marketing arms that regionally accredited higher education institutions have. Government does not offer incentives for alternatives to traditional college and, therefore, few people realize they even exist. The partial truth that higher education offers a path to a better future so heavily dominates the “path-to-a-better-future” landscape that it might as well be a lie.

Healthcare provides another fascinating example of unbalanced messaging. Patent laws and strict FDA regulation provide synthetic drugs exorbitant revenue compared to natural healthcare products (which cannot be patented). Hunter Lewis writes, “Only a medicine protected by a government patent can hope to recoup the enormous costs (up to $1 billion) of taking a new drug through the government’s approval process.” 1

The result on the American psyche is obvious. Any product that has not undergone rigorous double-blind, placebo controlled clinical trials is considered quackery. Synthetic drug manufacturers masquerade their research with marketing budgets hundreds of millions dollars deep and convince the masses that nothing else is as safe or effective.

The story is the same in nearly every other area of the economy. Government intervention in the economy manipulates the buying decisions of the population. The resulting malinvestment quickly turns into malinformation and imbalanced marketing messages. Our minds are dominated by the marketing messages of malinvestment which blankets our economy in a dark fog of partial truths.

In a free economy there are no advantaged or disadvantaged parties. The best product obtains the most revenue and has the biggest marketing budget. Messaging from one industry is balanced by messaging from competing industries.

But our economy is another story. Partial truths masquerade as the whole story, granting subpar products and services unchallengned attention and popularity. Oscar Wilde was right: “Everything popular is wrong.”

J. Dayne Girard is an economist for Discernment Group. He is also the owner of conqueredillness.org where he details his journey to victory over chronic illness.