Even the Feds Admit Minimum Wages Cause Unemployment 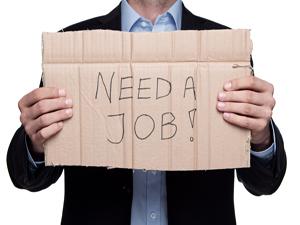 Minimum wage doesn’t apply to everyone.

When Congress first established minimum wage in the Fair Labor Standards Act of 1938, it left a loophole for businesses that employ people with disabilities.

The Secretary, to the extent necessary to prevent curtailment of opportunities for employment, shall by regulation or order provide for the employment, under special certificates, of individuals ... whose earning or productive capacity is impaired by age, physical or mental deficiency, or injury, at wages which are lower than the minimum wage.

These special certificates are known today as 14(c) permits, and thousands of employers have one. Some studies claim that more than 300,000 Americans work for subminimum wage under the auspices of such permits.

This isn’t well known. Advocates of minimum wage often base their support for the measure on ethical grounds, claiming that all workers deserve a degree of compensation regardless of their productivity. Such was the reasoning of Seattle Mayor Ed Murray, who raised his city’s minimum wage last week to the unprecedented level of $15 per hour under the guise of “equal access and opportunity for all.”

Yet minimum wage advocates rarely address the issue of minimum wage exemptions. If minimum wage is supposed to help those who otherwise would not earn a “living wage,” why exempt people with disabilities — often the least productive of us all?

Ironically, Congress presumes the answer to this question is in the minimum wage legislation itself, undermining its logic in the process.

When Congress passed the 14(c) exemption along with minimum wage in 1938, they did so, as quoted above, “to prevent curtailment of opportunities for employment” of people with disabilities. The authors of the bill understood that minimum wage leads to unemployment for those “whose earning or productive capacity is impaired.” So in order to avoid the negative publicity associated with putting people with disabilities out of work, they exempted such people from minimum wage.

Admittedly, this question is opposite of that asked by most people who are aware of the 14(c) exemption. Where the exemption is known, it’s often derided as an act of discrimination against people with disabilities — not everyone else.

But as economists have shown, minimum wage doesn’t help the lower class. It prohibits employers from hiring anyone whose earning or productive capacity is below the enforced minimum hourly wage, creating permanent unemployment among the least productive people. As economist Murray Rothbard noted, “laws that prohibit employment at any wage that is relevant to the market must result in outlawing employment and hence causing unemployment.”

But of course, if Congress intends minimum wage law to be effective toward its end of ensuring no one works for less than the specified hourly wage, this couldn’t be otherwise. If everyone were exempted who could not find work at the going minimum wage, minimum wage would be pointless and ineffective. On the other hand, if no one were exempted and everyone subject to the same minimum wage law regardless of physical condition, people with disabilities would be hard pressed to find work and many of them would sadly become unemployable.

It’s a sticky situation. By continuing to exempt people with disabilities from minimum wage, Congress reveals its implicit awareness of minimum wage’s negative effects on the least productive people. Yet to end all exemptions means to disadvantage people with disabilities in the workplace who already have a hard enough time finding work. Finally, to repeal minimum wage altogether and allow everyone to negotiate wages freely would mean to admit a seventy-five-year long mistake that harmed thousands, if not millions, of unskilled laborers over the past half-century who found themselves unemployed at some time or another.

The 14(c) exemption for people with disabilities reveals the brokenness of minimum wage law. It makes the policy all the more heinous, as lawmakers insist on enforcing, and even strengthening, such laws while exhibiting their full awareness of how it harms the least productive people. Nevertheless, ending the 14(c) exemption will do more harm than good. Instead, the exemption should apply to everyone — with or without a disability — who cannot find work in the current minimum wage environment. Only then will Congress, to use its own words, “prevent the curtailment of opportunities for employment” for everyone who wants to work.