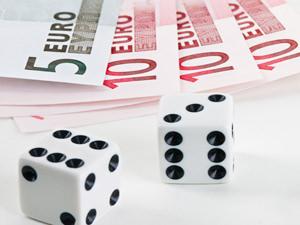 The European Central Bank (ECB) recently imposed negative deposit rates and is preparing a form of quantitative easing (QE) to purchase asset backed securities, corporate bonds or possibly bailout bonds. This policy may seem surprising. Why would the ECB want to try to force banks into making bad loans, or consider implementing a policy of quantitative easing that has clearly been a total failure (with obvious unintended consequences) in both the USA and Japan? The answer lies elsewhere. Under the guise of avoiding deflation or “low-flation,” the ECB is, in reality, panicking and trying to save itself from the executioner’s axe. Of course, the European banking sector and its bought-and-paid-for journalists unanimously support this prospect of continued theft through debasement. They are giddy at the prospects of higher asset prices and higher banker incomes, unjustified by fundamentals, and the implied massive transfer of income and wealth from the have-nots to the haves.

Europe is an accident waiting to happen. Little has been done to rein in bloated public sectors. Government spending in almost all European countries has marched forward ever since the crash of 2008. Debt-to-GDP ratios continue to rise with many countries well over the 100 percent threshold. GDP growth rates would have to regularly exceed 3 percent just to stabilize these ratios. Deficit thresholds of 3 percent are meaningless when economic growth is mostly stuck in neutral. Except for Germany, growth in the Euro zone has been virtually nonexistent. Italian growth since 1990 has averaged less than 1 percent. Such deficit targets are an illusion of sustainability and, in reality, simply guarantee a slower death.

The only part of the austerity equation implemented in Europe has been massive tax increases on the private sector, forcing it to bear the brunt of what has always been a public sector problem. Of course, this is a very short-sighted policy. At current tax levels, increasing taxes will prove to be ultimately counterproductive. Such tax increases may raise revenues in the very short term, but will prove to have devastating consequences further down the road. Implementing a 75-percent marginal tax rate, as in France, may get you tax revenues this year, but will likely force your tax base to find greener pastures elsewhere. Vauban in 1707 considered that the “dîme royale” (the royal tithe) should not exceed 30 percent. The longer-term Laffer curve (when people have time to adjust) probably has a maximum marginal tax rate below 30 percent. Yet even a hefty tax rate like 30 percent is far below the current tax burden of all modern European countries.

Under current economic and political conditions in Europe, a breakup of the Euro is almost a foregone conclusion. Instead of letting this happen, the ECB, in trying to save itself, prefers to risk destroying the value of the euro (something it’s supposed to protect) by creating massive price distortions and misallocations on an illusionary hope that quantitative easing will magically solve Europe’s deep-seated structural problems.

Mario Draghi considers his July 2012 comment, “within our mandate, the ECB is ready to do whatever it takes to preserve the EURO. And, believe me, it will be enough,” to be one of his most successful policy actions. He couldn’t be more wrong or confused. His comment led to a European-wide drop in interest rates which eased pressure on southern-bloc European countries from taking meaningful structural reforms. Financial markets are now totally dependent on the unintended consequences of this comment which is now being called the “Draghi put.”

Interest rates in Europe are now totally distorted. Yet, interest rates are the most important prices in an economy. They normally reflect the intertemporal consumption choices of society and the default risks inherent in a capitalist economy. Distorting interest rates distort all other prices causing an ever-increasing gap between what society wants to be produced and what is actually produced. The longer this distortion, the greater will be the gap and the longer will be the adjustment necessary to realign production closer to what society really wants.

Furthermore, this has only increased anti-European sentiment. The recent European elections saw a strengthening of Eurosceptic movements. Before Draghi’s comment, structural reform would have been extremely difficult but feasible. Today, the political environment is much less conducive to such radical, but essential, reforms.

Europe is a runaway train with a certain crash in its future. The ECB is well aware of this and of the current political fragility in Europe. It is not blind to political pressures such as Berlusconi’s musings in 2012 about Italy also having printing presses. Europe’s southern bloc, as it has done previously, will always choose the short-term easier way out through debasement. The longer-term consequence of this printing is, of course, the complete destruction of the resource allocation function of prices. It is hard to imagine a Germany willing to go along with this given its past experience with hyperinflation.

Almost all hyperinflation episodes follow a similar event path. We get a brief pickup in economic activity that becomes shorter and shorter, requiring ever increasing monetary expansion, until money loses both its medium of exchange and store of value functions. Economic activity ultimately grinds to a halt and decades are needed to return capital, industry, commerce, and credit back to pre-hyperinflation levels.

Germany and other sound money countries would be wise to ponder the real purpose of the ECB’s current actions. Better to oppose the actions now with the risk of a breakup of the Euro, than having to deal with a breakup later once the distortive effects of excessive money printing have been allowed to take hold.

Instead of letting this inevitable breakup happen, the ECB’s current policy is to bring the whole ship down if this temporarily saves it from extinction. This is a perfect example of Robert Burn’s “The best laid schemes o’ mice an’ men.” The ECB was set up to be an independent central bank. This was intended to reduce the political pressures on monetary policy. Yet independence did not protect monetary policy from the personal interests of individuals running it. When it comes to the ECB or, for that matter, any central bank, the personal interests of those running monetary policy will always trump the much larger public interests!

The ECB will eventually die, but only after massive human suffering. It seems that people constantly fail to learn from the past. The only path for long-term economic stability and prosperity is based on stable money divorced from any government interference.