On January 21, 2016 European Central Bank (ECB) President Mario Draghi signaled that the governing council may provide more stimulus at its next meeting in March. “There are no limits to how far we're willing to deploy our instruments,” Draghi predicted.

The ECB president is of the view that the monetary stimulus undertaken by the central bank since June 2014 had strengthened the euro area’s resilience to recent global economic shocks. The yearly growth rate of the ECB balance sheet (an indicator of monetary pumping) jumped from minus 8.5 percent in December 2014 to 31.3 percent by December 2015, whilst the policy rate of the ECB stood at a record low of 0.05 percent. 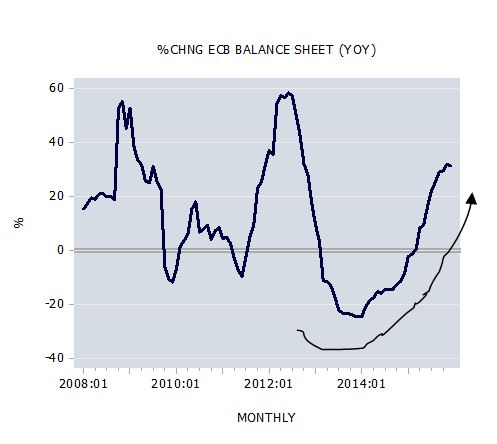 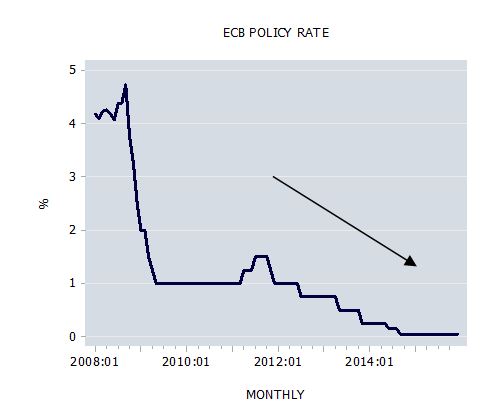 Notwithstanding this, the president of the ECB holds that so far the central bank has failed to bring the rate of inflation to its target of around 2 percent.

A major factor behind this is a sharp fall in the price of oil, according to Draghi. The yearly growth rate of the CPI stood at 0.2 percent in December.

According to my own models, the growth rate could fall to minus 0.1 percent in December this year. By December next year, I forecast a figure of 0.8 percent. Based on this, it is reasonable to conclude it is likely that the ECB is going to further strengthen the pace of monetary pumping. 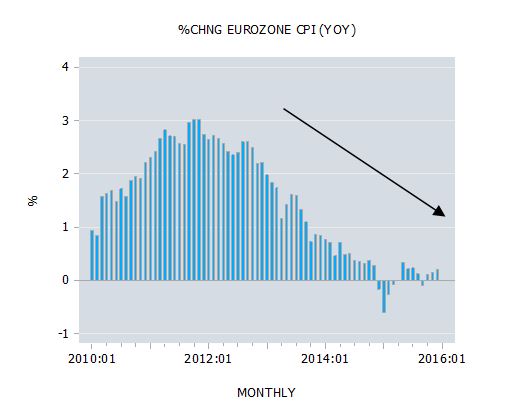 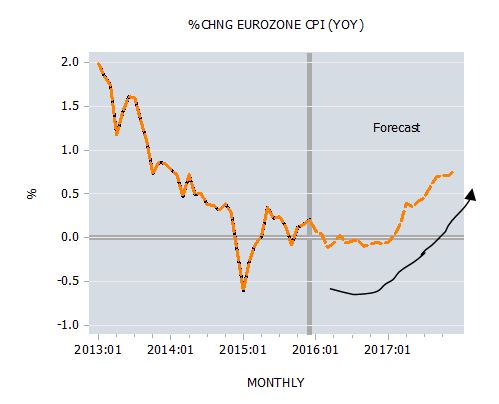 A strong rebound in the growth momentum of this monetary measure for eurozone AMS bodes well for economic activity in terms of industrial production in the months ahead (see chart). 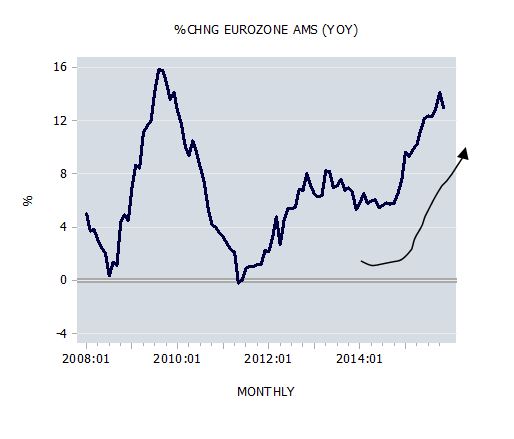 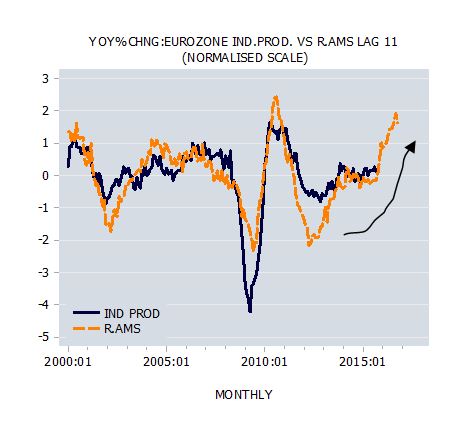 So, it is likely the eurozone will again see growth, but as it is engineered by the central bank, it will be experienced in bubble industries, which will have the effect of destroying wealth in true wealth-creating industries. That is, we shall see growth in areas that are recipients of malinvested money.

Meanwhile, most mainstream economists and commentators regard monetary pumping as the correct policy to keep the economy “healthy.” For them, an increase in money raises the demand for goods and services, and via the famous Keynesian multiplier, strengthens overall economic activity. Their position is that demand creates supply. This way of thinking is flawed, however, since an increase in money supply always sets in motion an exchange of nothing for something. It is exactly the same dynamic that is generated by a money counterfeiter.

While mainstream thinkers would likely oppose ordinary money counterfeiting, they are totally supportive of monetary pumping by the central bank, which sets in place the same dynamic as a counterfeiter. It impoverishes the true wealth generators in favor of bubble industries.

This sort of thing can go on as long as the pool of real wealth is still growing. But, once it starts to stagnate or shrink, then no amount of new pumping can boost general economic activity. The amount of real funding needed to support more false activities (i.e., bubble activities) is no longer there.

Ben Bernanke once claimed that a monetary gold standard caused economic instability. He failed to mention that his...

Even after Admitting She Underestimated Inflation, Janet Yellen Still Doesn't Understand What It Is

Janet Yellen admits she underestimated inflation, but she still does not realize that inflation is not higher prices...