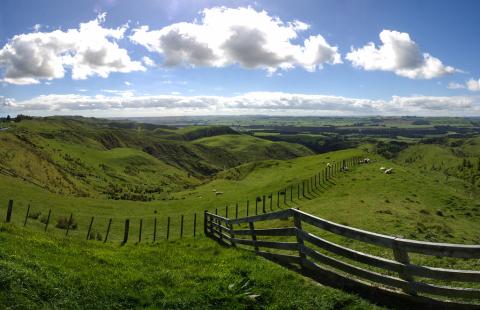 A free market, capitalist, exchange, political, economic system is far more environmentally friendly than any statist system, including the welfare state, socialism (whether democratic or centrally planned), or fascism. To demonstrate this, I would like to engage in some conjectural history, that is, to imagine how the world might be different had government never intervened to protect the environment but rather left all matters to property owners to sort out.

In our personal histories, too, we can imagine, with some discipline and understanding of ourselves, of human psychology and of ethics, how our lives and that of those on whose lives we had an impact would be better or worse had we made different choices, taken different actions from those we actually took.

Indeed, the study of history has as one of its purposes to learn how in similar circumstances we can do better. And sometimes doing better means making sure that different laws and public policies from those that actually became part of our history would have had to be chosen.

This fact needs to be recalled when we consider such current problems as those involving what is commonly referred to as the environment. What might have prevented some of the lamentable pollution that we now experience? No, not all of it was preventable. Some environmental problems are inherent in the ecology of the globe—for example, the Los Angeles basin had been subject to atmosphere inversions throughout the past which left it filled with what we now call smog but was the combination of haze, dust, smoke from wild fires, and so forth.

Other so-called environmental problems, such as wildlife extinction, also occurred not through human agency but because of natural events. Only when human agency is involved—so that we can consider the different choices people could have made—can we entertain the possibility of having done things better. Indeed, a point rarely noted these days, the very idea of critically assessing past policies and conduct involves the assumption that human beings can make basic choices and they might have made ones different from those they did actually make.

This proposal boils down to the very general principle, namely, that it is better all around for land and other property to be owned privately than publicly. Common or public ownership results, in other words, in what has been dubbed the tragedy of the commons. This occurs when everyone in a given society is convinced that some realm belongs to us all, so that we all are entitled to make use of it to our hearts' content. This leads to depletion of resources.

The remedy champions of politicized environmentalism offer, namely, that the government ration our use of public or common resources, will not work. Environmentalists may gain temporary advantages from governments, but soon other interests take over.

Imagine how it might have been had the free-market idea been made part of basic law: all land would be owned by individuals and any use made of the land would require the agreement of the owners. This would have made it nearly impossible to implement massive technological projects such as building railways, highways, airports, sports and recreational arenas unless complete consent had been given by the owners over whose property these projects would have had to be constructed.

The Fifth Amendment to the U.S. Constitution suggests this approach, stating that only for public use may private property be taken. Public policies must protect individual rights. So, very little of what there is to be owned can belong to the public. The rest must remain at the disposal of private owners.

Such a general approach to ownership of land, for example, would not have made possible the implementation of massive projects in the name of the public and thus would have diversified resource use throughout the country. The building of railways, highways and many other pseudo-public projects would not have occurred with the aggressiveness they actually occurred in this country's history.

Of course, it may not be possible to know exactly what might have happened instead of what in fact did happen. But just as it is possible to know that freeing those held in slavery is better all around than keeping them enslaved, that not perpetrating the Holocaust is better than doing so, in less dramatic matters, too, it is possible to know that certain policies are superior to others. It is the contention of those who champion a free society that implementing the principles of the right to private property on the broadest possible scope would have worked out for better as far as our environmental woes are concerned.

And as with those more Draconian evils, so with this one, it is better late than never! Thus the best approach to environmental issues is to privatize—that is how responsible environmental management is encouraged (though never guaranteed, as it certainly isn't when government takes on the task).

The Merits of the Classical Liberal Infrastructure

Societies where the principle of freedom of association is upheld and where private property makes it possible for one to enjoy a significant measure of sovereignty, are certainly better ones than those growing in levels of involuntary servitude, even to the highest or noblest goals one can imagine, including environmental rectitude. This is true, beyond any reasonable doubt.

Yet, sadly, most propose political solutions to problems they see with the environment and support state regimentation as the default solution to whatever problem they perceive.

The late Michael Kelly, a very fine writer-thinker on many fronts, offered a line of criticism of the radical, free-market thesis which is worth quoting and scrutinizing at some length. Kelly argues that if you think that it is private individuals, working in voluntary cooperation, who make good things happen, think again:

This is mostly myth. If we look at the great moments in innovation, the developments that changed everything, we almost always find that the private geniuses did their bit, but the great clumsy, heavy hand of government is frequently what turned that bit into a new way of life.

Ford gave us the cheap car, but Eisenhower gave us the interstate. Edison gave us the light bulb, but the TVA wired the farms. Most of the great advances in flight, and all the advances in space flight, have their origins in government—specifically military—work. So, too, with the Internet, which rose out of the government’s ARPANET system. It was government that linked America’s coasts by rail, government that constructed the Panama Canal, government that built all the really big stuff. The revolution in flight … came about not only because of the work of private geniuses but also because a bunch of bureaucrats at NASA pushed it, and because those bureaucrats were lucky to have had as their boss since 1992 an engineer named Daniel Goldin …

Now consider some doubts about Kelly’s challenging remarks. Let’s start with Frederick Bastiat’s argument in which the French political economist shows that although what governments do often takes center stage on the historical and reportorial scene, it is folly to forget that such doings displace a lot else that might have happened had government not substituted its one size fits all judgment and coercive action for that of individuals who act by means of a great variety of voluntary cooperative efforts. This argument is especially relevant to Kelly's list.

To start with, consider Eisenhower and the interstate. No one can reasonably dispute that this federal policy gave a very serious boost to the automobile and in the process suppressed, most likely, the development of alternative, probably much more environmentally friendly, modes of transportation. Or take TVA, which was by no means a godsend to all, as some have maintained. Most of those in the region had electricity already, but TVA simply grabbed up many of the existing power companies.

With the TVA, all of the best farmland in the Tennessee Valley was placed under water. Farmers were kicked off their lands, forced to sell at below market prices and many died prematurely as a result of the stress. The Tellico Dam fiasco became famous because of the snail darter, but it was a horrible project even without the intervention of the flawed ESA. In that case, landowners were kicked off their lands even though they were not going to be under water. Instead, TVA sold the land to developers and figured in the potential profits as part of the cost-benefit analysis.

Of course, TVA’s environmental impact is now estimated as devastating.

The ARPANET system did give rise to the Internet but, as many historians argue, that was of minimal significance. The initial ARPANET was clumsy and only after a demand for the service developed did it become efficient and useful. Kelly was right—as was, also, former U.S. Vice President Al Gore—that the initial ideas that produced the Internet had come from efforts by the Department of Defense to enhance the defense of the country. However, these ideas could have developed independently and once they became divorced from state matters become far more productive than beforehand.

As to the railways that government has made possible from one end of the continent to the other, this has produced massive monopolies that later were used to justify antitrust legislation and that have run roughshod over private farming across the country. In the case of the Transcontinental Railroad, it was a subsidized fiasco. One of the consequences of this monstrosity was the early attempt to wipe out the Indians. The railroad certainly hastened their demise, especially since it came so soon after the Civil War when folks like Sherman and Sheridan were still in command and had prominently in mind eliminating the Indians altogether. I need say little about the fiasco that the Panama Canal has arguably been, politically and even economically, given what might have been done instead. The story is the same all the way across, including the flight industry where government airports have been the source of much consternation both for environmentalists and for those with different visions as to how that industry might and should have developed.

Where Force Is Out of Order

The bottom line, though, is this: Governments use force to accomplish their goals. Force, unless used in defense—as the military is supposed to use it—wreaks havoc in its path, even where the ostensible results seem to be grand.

When law and public policy favor the system of eminent domain and the use of publicly owned lands and waters for whatever happens to be in democratic demand, the result is akin to a zero sum game: the favored policy or law wins and the disfavored one loses. Whereas in the free market there are many demands that get satisfied to a greater or lesser extent.

My main point, then, is plain: had there been a consistent and firmly implemented system of private property rights, there would not have been massive environmental mismanagement. But it is better late than never.

Some of this essay draws on Tibor R. Machan, Putting Humans First: Why We are Nature's Favorite (Lanham, MD: Rowman and Littlefield, 2004).