The Entrepreneurship of Glee | Mises Institute
Skip to main content

The Entrepreneurship of Glee 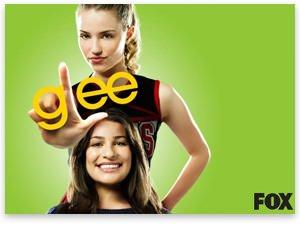 For those of us who enjoy pop music for elements such as melody, harmony, and catchy hooks, Glee is the epitome of a great television show. Not only does the cast cover Top 40 pop songs, it often improves upon the original by adding a group dynamic to the performance.

Take musical artist Bruno Mars's hit single "Just the Way You Are" for instance. What was originally a rather sparse pop song vocally becomes a much richer and more dynamic song after it is given the Glee treatment. The original employed little use of backup harmony and repeating refrains while Glee utilizes such concepts to make a much "fuller" sounding song. Another unique approach Glee takes on songs is that employed by the show's premier competitive rival group — the all-male Dalton Academy Warblers.

Through the use of only backing percussion, the Warblers use their vocals to both sing as well as provide instrumentation. Perhaps the best instance of this is their take on Destiny's Child's hit single "Bills, Bills, Bills." By recreating the song's production through a variety of vocal sounds, the Warblers replicate the original perfectly without losing the dynamic harmonies Destiny's Child became famous for.

While the cast of Glee does a fantastic job covering songs, the talent of the show's producers really shines whenever they tackle the performance of a medley. A medley is a mash-up of two or more songs into a more succinct song. From Michael Jackson's "Thriller" combined with the Yeah Yeah Yeahs' "Heads Will Roll" to Bon Jovi's "Livin' On a Prayer" being sung with the Rolling Stones "Start Me Up," Glee's attempts at medleys often yield phenomenal results.

Recently, the producers of Glee have begun to compose original tunes with the help of professional songwriters. One of these songs, "Loser Like Me," made its way around pop radio stations across the country back in the spring.

Though Glee is renowned for doing great covers of popular songs, it has run into trouble attempting to gain permission for the use of songs from other musical artists. The most notable of these feuds was the public back-and-forth between show producer Ryan Murphy and the lead singer of the rock band Kings of Leon, Nathan Followill.

The issue over intellectual property is one that has been covered many times by the Mises Institute's resident IP expert Stephan Kinsella. Through numerous lectures, articles, and books, Kinsella has consistently demonstrated that ideas should not fall under the same guise as scarce property and that the granting of a government-sanctioned monopoly is detrimental to societal wealth creation. From Kinsella's "The Case Against IP: A Concise Guide":

Copyrights pertain to "original works," such as books, articles, movies, and computer programs. A copyright is a grant by the state that permits the copyright holder to prevent others from using their own property — e.g., ink and paper — in certain ways.

While the utilitarian case for intellectual property has been argued hundreds, perhaps thousands, of times on the basis of the claim that it limits the incentive for entrepreneurs to create and invest, Kinsella disproves this point:

They merely assume it does and then base their policy views on this assumption. It is beyond dispute that the IP system imposes significant costs, in money terms alone — not to mention the cost to liberty.

However, the argument that the incentive provided by IP law stimulates additional innovation and creativity has not even been proven. It is entirely possible — even likely, in my view — that the IP system, in addition to imposing billions of dollars of cost on society, actually reduces or impedes innovation, adding damage to damage.

One can only imagine the kind of masterpieces the producers of Glee could come up with if not bound by the restrictions of patents and copyrights. Though a band or artist may protest their song's being used in Glee, they stand to gain a great deal of exposure having their tune showcased to millions of viewers. Since Glee is mainly watched by those who are younger, artists such as Queen and the Beatles stand to have resurgence in popularity after having their work sung by the show's cast. The same goes for bands that have yet to break into the mainstream.

More profoundly, however, it is not the band members — composers and performers — who usually object to being covered and remixed. They often understand that art unleashed from the chains of regulation stands a greater chance of changing the world. The problem is at a different level: it is the production companies that are given total control through contracts that would not exist in a free market and are only sustained through government intervention.

And this provides an insight into the least-noticed aspect of "intellectual property." It is not really about creators, and it never has been. It is really a mercantilist-style privilege given to publishers and other companies. In that sense, it is no different from any monopolistic privilege granted by the state. Only the rhetorical apparatus and excuses are different.

All and all, Glee remains a popular show because of the unique perspective the producers take on a drama/comedy series about a group of teenagers in high school. Any television show can take an insanely talented voice like Lea Michele's and capitalize off of it. Glee not only brings together a variety of music talent, but combines it with an equally hilarious and entertaining storyline. It is a testament to the entrepreneurial spirit of providing a good or service that is in high demand.

For those like myself who have a keen interest in pop music, the producers do a phenomenal job bringing out the best in the songs they cover. For those still unconvinced of the artistic quality of the show, look no further than Matthew Morrison (Will Shuester) and Gwyneth Paltrow's performance of Prince's "Kiss" as a tango or their medley of pop singer Rhianna's "Umbrella" with the musical version of "Singin' in the Rain" performed on a stage with pouring rain in the background. 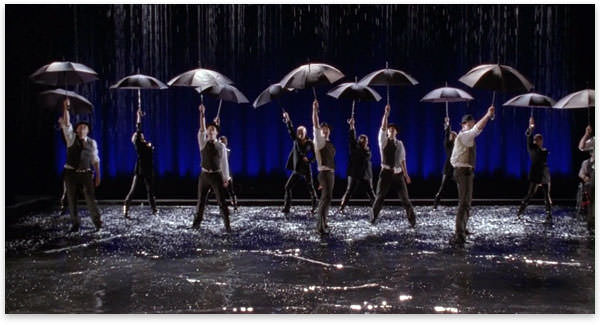 Murray Rothbard describes entrepreneurship in Man, Economy, and State as the process of searching the market for a need that has yet to be satisfied significantly. According to Rothbard,

Every entrepreneur, therefore, invests in a process because he expects to make a profit, i.e., because he believes that the market has underpriced and undercapitalized the factors in relation to their future rents. If his belief is justified, he makes a profit.

Unlike other economic schools of thought, the Austrian School places special emphasis on the ability of individuals to forecast demand not yet met by the existing market. In that sense, Ryan Murphy and the writers of Glee have not only accomplished this — despite incredible restrictions — but have been awarded monetarily and with numerous accolades for their work.

In a country wrought by government-enforced barriers to entry for business, Glee proves entrepreneurial instincts are still alive and well. With season 3 of Glee set to premier on September 20, 2011, fans will surely be pleased as the Glee saga continues.