The Empirical Case against Government Stimulus 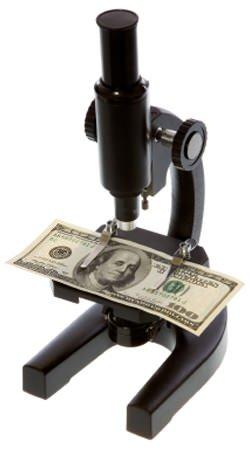 Economists in the Misesian tradition stress the primacy of theory in the social sciences. When trying to figure out the Great Depression, for example, we can't approach the topic with a blank slate and let the facts "speak for themselves." Mises argued that in order for us to even know which facts to consider as relevant, we need to have an antecedent body of deductive insights.

Even so, it's a good exercise — as well as just plain fun — to look at Keynesian economists trying to reconcile their outlandish policy prescriptions with the historical record. No matter how you slice it, "fiscal austerity" has a track record of success, whereas pump-priming "stimulus" spending has never delivered.

Ironically, a recent (empirical) case for fiscal austerity came from the June bulletin of the European Central Bank (ECB).

In the wake of the Greek debt crisis, European governments are naturally keen on reining in their deficits. The ECB report looked at the historical episodes where Belgium, Ireland, Spain, the Netherlands, and Finland reduced their budget deficits. Three of the countries saw immediate improvements in economic growth, but all benefited in the long run from tightening government finances.

What's really amazing about the ECB piece is that it stressed that spending cuts were a much better way of closing a budget hole than raising taxes. This is the kind of analysis you expect from a conservative DC think tank, not the European Central Bank!

So how did the prominent Keynesians deal with these apparent successes of anti-Keynesianism? Here's Paul Krugman's reaction:

It's really amazing to see how quickly the notion that contractionary fiscal policy is actually expansionary is spreading. As I noted yesterday, the Panglossian view has now become official doctrine at the ECB.

So what does this view rest on? Partly on vague ideas about credibility and confidence; but largely on the supposed lessons of experience, of countries that saw economic expansion after major austerity programs.

Yet if you look at these cases, every one turns out to involve key elements that make it useless as a precedent for our current situation.

Here's a list of fiscal turnarounds [a different list from the ECB bulletin], which are supposed to serve as role models. What can we say about them?

Canada 1994–1998: Fiscal contraction took place as a strong recovery was already underway, as exports were booming, and as the Bank of Canada was cutting interest rates. As Stephen Gordon explains, all of this means that the experience offers few lessons for policy when the whole world is depressed and interest rates are already as low as they can go.

Denmark 1982–86: Yes, private spending rose — mainly thanks to a 10 percentage-point drop in long-term interest rates, hard to manage when rates in major economies are currently 2–3 percent.

Finland 1992–2000: Yes, you can have sharp fiscal contraction with an expanding economy if you also see a swing toward current account surplus of more than 12 percent of GDP. So if everyone in the world can move into massive trade surplus, we'll all be fine.

Ireland, 1987–89: Been there, done that. Let's all devalue! Also, an interest rate story something like Denmark's.

So every one of these stories says that you can have fiscal contraction without depressing the economy IF the depressing effects are offset by huge moves into trade surplus and/or sharp declines in interest rates. Since the world as a whole can't move into surplus, and since major economies already have very low interest rates, none of this is relevant to our current situation.

It's not worth commenting on Krugman's reaction just yet; let's get some more samples.

Large Government Debt Is Bad in Practice, not Just Theory

We've already seen some examples of apparent successes with slashing government spending. But what about the reverse? What do the "raw data" have to say about large government deficits and economic growth?

In a widely cited paper, "Growth in a Time of Debt," Carmen Reinhart and Kenneth Rogoff

study economic growth and inflation at different levels of government and external debt. Our analysis is based on new data on forty-four countries spanning about two hundred years. The dataset incorporates over 3,700 annual observations covering a wide range of political systems, institutions, exchange rate arrangements, and historic circumstances. Our main findings are: First, the relationship between government debt and real GDP growth is weak for debt/GDP ratios below a threshold of 90 percent of GDP. Above 90 percent, median growth rates fall by one percent, and average growth falls considerably more. We find that the threshold for public debt is similar in advanced and emerging economies.

When the financial pundits began circulating the Reinhart-Rogoff findings, they quickly summarized them like this: if a country's (government) debt gets above 90 percent of GDP, then it crosses a tipping point and significantly impairs growth.

So what does our resident Keynesian, Paul Krugman, have to say about the Reinhart-Rogoff paper? Let's quote him:

Continuing the Chatauqua on Reinhart-Rogoff: it's a pretty devastating observation that the only observations of high debt / low growth for the United States come from the immediate postwar years, when post-war demobilization naturally led to falling real GDP. But what about the broader picture?

R-R haven't released their full data set. But as best I can tell, all or almost all observations of advanced countries with gross debt over 90 percent of GDP come from four main groupings:

We've already seen that (1) is a case of spurious correlation. Surely (2) is largely a case of causation running the other way, from Japan's slide into slow growth and deflation to its rising debt. As for (3), advocates of austerity have been using Canada in the mid-90s as an example of a success story; surely they can't have it both ways. This leaves (4); but my first take would be that both Belgium and Italy have problems that have both inhibited growth and led to a runup of debt.

I may have missed some small-country examples; but surely they wouldn't change the picture. There really, truly isn't anything there.

Now things are already starting to look a little shaky for Dr. Krugman and his Keynesian allies. They have been backed into a corner, having to explain away (at least) nine historical episodes that contradict their theories. Sure, maybe one, two, three, even four of those examples really are irrelevant; but all nine? At what point should we start to question the basic Keynesian premise, namely that having politicians borrow and spend a bunch of money is a way to help the economy?

Most Americans are well aware of what happened with the Obama "stimulus" package. His Keynesian economic team famously predicted that unemployment would not break 8 percent if the package passed. After the fact, of course, the Keynesians simply declared, "Wow, the economy was worse than we thought! Good thing we ran up the deficit as much as we did, though it was too little." (Incidentally, Krugman himself was off in his predictions, though he likes to constantly tell his readers, "I told you so" regarding the effect of the stimulus.)

But now we see the pattern holds for nine other cases, as well. We can't run controlled experiments in macroeconomics, so it's possible (if we just look at history without economic logic) that the Keynesians are right. Yet the contortions begin to pile up.

What's the Evidence for Fiscal Stimulus?

In the face of all the apparent counterexamples — which must be whisked away with Krugman's clever arguments — what evidence do the Keynesians have for their policy prescriptions?

Ironically, they point to the 1930s as evidence of how well deficit spending "worked." For example, Christina Romer points to the 1933–1936 period as a Keynesian success story, which was only thwarted when FDR chickened out and tried to shrink the federal budget deficit in 1937.

And of course, today's Keynesians point to our current economy as "proof" of how good massive deficits are. Why, this should have been the Second Great Depression, but thanks to Obama's willingness to spend — in contrast to Herbert Hoover — we are only suffering through the Great Recession. Phew!

Do you notice the pattern? The anti-Keynesians point to actual success stories as evidence of the potency of their policies. The Keynesians, in contrast, point to awful economies and claim that they'd be even worse were it not for the Keynesian "medicine."

As a last point, you might be thinking, "What about World War II? Isn't that a great example of the Keynesian multiplier at work?"

Well, Robert Barro ran the numbers and said no, it wasn't. And in his response, did Paul Krugman challenge the math? Nope, Krugman said that only a "bonehead" would have thought World War II would show the power of the multiplier. So we can't use that as an example to justify the Keynesian models.

Keynesian economics is absurd at its core. It literally claims that the conventional laws of economics go out the window in a "liquidity trap." (Krugman went so far as to explicitly say that mercantilism works in our current world.)

Because they are based upon a falsehood, Keynesian policies fail empirically, quite obviously to anyone with an open mind. Bright guys like Krugman have to come up with a handful of ad hoc reasons to explain away all of the success stories from his opponents; and he can always point to an unobservable alternate reality to "prove" the efficacy of his own remedies.