The Effects of Freezing the Balance Sheet 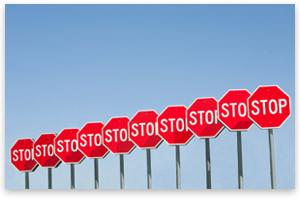 05/20/2011Frank Shostak
By the end of June, the expansion of the Federal Reserve's balance sheet is expected to come to an end. According to economic commentators, Fed officials are expected to initially hold the central bank's balance sheet steady — currently at $2.75 trillion — by reinvesting the proceeds from maturing Treasuries and mortgage bonds. Thereafter, these commentators believe, as economic activity starts to gain strength, Fed officials are likely to shrink the size of the balance sheet by selling assets.

Most experts and Fed officials are of the view that freezing and thereafter reducing the size of the balance sheet won't generate much of a disruption to economic activity as long as the economy is on a sustained growth path. Most experts are also of the view that we are currently on such a path.

These economists attribute an economic swing, i.e., a boom-bust cycle, to various mysterious factors such as a sudden weakening in overall consumer spending and its subsequent effect on businesses' economic activity. As long as the economy is on a sustained growth path, various disruptive factors that cause boom-bust cycles can be contained — so it is held. This means that what is required here are capable Fed policy makers who will be able to successfully steer the economy toward the growth path of economic stability. It hasn't occurred to most commentators that the alleged defender of the economy — the Fed — is perhaps the main source of economic instability.

We suggest that the key to boom-bust cycles is the Fed's monetary policy. The so-called economy of Fed experts' models is nothing more than monetary turnover that (once deflated by a dubious price index) is labeled as real economic activity or real gross domestic product. As long as the pace of monetary pumping is accelerating, the so-called real economy follows suit. Once, however, the pace of pumping slows down, the pace of the economy's so-called expansion also declines (after a time lag).

Now as long as the state of the pool of real savings is still OK, i.e., as long as there are enough wealth generators to support wealth and nonproductive activities (bubble activities), Fed policy makers can get away with the impression that they are helping the economy. (Again, note that the more they pump, the larger the monetary turnover and hence GDP becomes.) Once the pool of real savings becomes stagnant — or worse, starts shrinking — the underlying real economy (the true real economy) follows suit. In this case it doesn't matter how aggressive the Fed's policies are: the economy cannot be revived. On the contrary, loose monetary policies will only make things much worse by diverting real funding from wealth-generating activities to nonproductive bubble activities.

Given the importance of real savings in the revival of the true real economy, it is astounding that most experts, including Nobel laureate Paul Krugman, are of the view that there is a need for QE3 to keep the economy going.

Obviously it is possible to have a situation where commercial banks' expansion of lending "out of thin air" counters the freezing of the Fed's balance sheet. It remains to be seen whether this is going to be the case in the months ahead. For the time being, the Fed's balance sheet continues to expand at a rapid pace.

Now, we suspect that the difficulty the Fed has had in meaningfully "reviving" the economy so far could indicate that the state of the pool of real savings or the pool of real funding is in trouble. This means that even if the growth momentum of lending does currently show some strengthening (see chart) it is highly unlikely that, with the weakening of bubble activities on account of the Fed's freezing its balance sheet, commercial banks will pursue an aggressive expansion of credit out of thin air. Also, it is quite likely that with the freezing of the balance sheet, Treasuries will come under pressure, and the growth momentum of banks' holdings of Treasuries will weaken. This in turn will exert downward pressure on the growth momentum of total bank lending, which includes lending to the government.

Now, a visible strengthening in the growth momentum of the consumer price index (CPI) and the core price index (CPI less food and energy) may prevent Fed officials from introducing QE3 as suggested by some experts.

Some other experts have labeled the strengthening of the growth momentum as tame; they believe it shouldn't be of much concern. In fact most commentators are of the view that a little bit of inflation is great news, because it provides a buffer against deflation, which they regard as a terrible thing.

Most experts blame the increase in the CPI on oil prices and various other components of the price index, which they believe exert a temporary effect on the CPI. Nothing however has been said about the lagged effect of past monetary pumping by the Fed.

Remember that a price is the amount of money paid for a good. Hence, all other things being equal, it is not possible to have a general increase in prices without an increase in money supply. Based on this we can suggest that the yearly rate of growth of the CPI is likely to strengthen further in the months ahead.

We suggest that by year end the rate of growth could easily surpass the unofficial target of 2 percent (see chart).

Most experts and Fed officials are of the view that freezing and thereafter reducing the size of the US central bank's balance sheet is not going to generate much of a disruption to economic activity. We suggest that the key to boom-bust cycles is the Fed's monetary policy.