GET NEWS AND ARTICLES IN YOUR INBOXPrint
A
A
Home | Mises Library | The Edict of Diocletian: A Case Study in Price Controls and Inflation

The Edict of Diocletian: A Case Study in Price Controls and Inflation 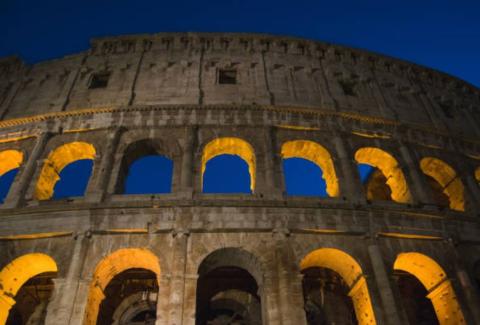 Citizens of the old Roman Empire distrusted paper currency and refused to accept anything but gold or silver coin as money. So the rulers found themselves barred from inflating the money supply by the unobtrusive method of printing additional currency.

But the Roman emperors soon discovered an ingenious device. They proceeded to call in the coins of the realm, ostensibly for repairs. Then, by various means, such as filing off small parts of the coins, or introducing cheaper alloys, they reduced the silver content of the money without changing its original face value. This devalution enabled them to add many more silver coins to the Roman money supply. The practice was started by Nero, and accelerated by his successors. By Diocletian's time, the denarius (standard silver coin) had been reduced to one-tenth of its former value.

The result was a steep rise in prices throughout the vast Roman empire. As has happened throughout history, the public indignantly accused merchants and speculators of causing the rise in prices. It was generally agreed that the only remedy was stringent maximum price controls by the government.

Accordingly, Emperor Diocletian, a "friend of the people," issued his famous Edict in 301 A.D. setting ceiling prices on all types of commodities, and maximum wages for all occupations. A few typical examples: Beans, crushed, 100 denarii; beans, uncrushed, 60 den.; beans, dried kidney, 100 den. Veterinary, for clipping hoofs, 6 den. per animal. Veterinary, for bleeding heads, 20 den. per animal. Writer, for best writing, 25 den. per 100 lines. Writer, for writing of the second quality, 20 den. per 100 lines.

We must check the limitless and furious avarice which with no thought for mankind hastens to its own gain. This avarice, with no thought of the common need, is ravaging the wealth of those in extremes of need. We — the protectors of the human race — have agreed that justice should intervene as arbiter, so that the solution which mankind itself could not supply might, by the remedies of our foresight, be applied to the general betterment of all.

In the markets, immoderate prices are so widespread that the uncurbed passion for gain is not lessened by abundant supplies. Men whose aim it always is to profit, to restrain general prosperity, men who individually abounding in great riches which could completely satisfy whole nations, try to capture smaller fortunes and strive after ruinous percentages. Concern for humanity in general persuades us to set a limit to the avarice of such men. Profiteers, covertly attacking the public welfare, are extorting prices from merchandise such that in a single purchase a soldier is deprived of his bonus and salary.

Therefore, we have decreed that there be established a maximum so that when the violence of high prices appears anywhere, avarice might be checked by the limits of our statute. To ensure adequate enforcement, anyone who shall violate this statute shall be subject to a capital penalty. The same penalty shall apply to one who in the desire to buy shall have conspired against the statute with the greed of the seller. Also subject to the death penalty is he who believes he must withdraw his goods from the general market because of this regulation.

We urge upon the loyalty of all that a law constituted for the public good may be observed with obedience and care.

If anyone could force people to trade at the ceiling prices, Diocletian was the man. Yet the absolute emperor of the civilized world, a veteran general with myriads of secret police at his command, was soon forced to surrender. After a short interval almost nothing was offered for sale, and there was a great scarcity of all goods.

Diocletian was obliged to repeal the price-fixing Edict. Prices were finally stabilized in 307 A.D. when the government stopped diluting the money supply.