Economics as a Vocation | Mises Institute
Skip to main content

Economics as a Vocation 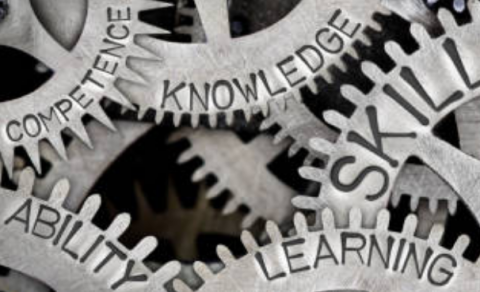 Should economics be pursued as a profession or a vocation? The choice isn’t about the job title of a particular economist or what tasks he or she fulfills in the course of a day’s work. It is about the motivation behind the work and the subjective orientation one brings to the task. The choice tends to dictate whether an economist will serve the cause of truth and freedom, or waste his or her talents on convenience, ephemera, and statism.

Think about the word "vocation" as a work or function to which a person is called that requires dedication to an idea. A vocation involves what Ludwig von Mises called "introversive" labor while a profession involves "extroversive" labor.  The essence of introversive labor is work undertaken solely for its own sake and not as a means to a more remote end. Extroversive labor, in contrast, is performed because the individual "prefers the proceeds he can earn by working to the disutility of labor and the pleasure of leisure."

One of the "two most conspicuous examples" of introversive labor, according to Mises, is "the search for truth and knowledge pursued for its own sake and not as a means of improving one’s own efficiency and skill in the performance of other kinds of labor aiming at other ends." The second is "genuine sport, practiced without any design for reward and social success."

The founding members of the Austrian School pursued economic research neither for pecuniary gain nor because they sought professional recognition or an influence on public policy. According to Mises, "When Menger, Böhm-Bawerk and Wieser began their scientific careers . . . [t]hey considered it as their vocation to put economic theory on a sound basis and they dedicated themselves entirely to this cause." These three eminent Austrians, therefore, were not economists by profession but by vocation.

The "vocational" economist takes a position in academia or works in some other profession such as banking, journalism, industry, or government in order to obtain the concrete means necessary to sustain and complement his efforts to discover new truths or expound and apply established truths in his economic research and writing.

Now consider the contrast with the "professional" economist. He or she aims at earning a livelihood, eliciting acclaim from peers, achieving public fame, shaping political policies or, most likely, a combination of these ends.

Thus the difference between the vocational economist and the professional economist is not their objective method of earning a living but the subjective ends aimed at, which are unobservable. Nonetheless, despite the subjective element involved, the two kinds of economists can be readily distinguished from each other by scrutinizing the disparate views they express toward economic research, particularly its truth content and perceived rewards.

Vocational economists like Murray Rothbard are not allergic to using the unfashionable terms "truth" and "law" when characterizing the science of economics. For Rothbard economics is a substantive body of immutable and universal causal laws that are logically deduced from the incontrovertible fact that people employ means to attain their most desired ends. As such, Rothbard held that "all these elaborated laws [of economics] are absolutely true" and that "economics does furnish . . . existential laws."

Furthermore, in the 1950s and 1960s, Rothbard was working on Austrian economics in obscurity and virtual isolation. He did not obtain a full-time academic position until 1966 and, before then, was earning a precarious living on foundation grants while he soldiered on in building up the Austrian theoretical edifice. Yet Rothbard revealed in an interview in 1990 that he had been quite content during this period: "Any chance to write a book or meet new people was terrific."

These are the views and the attitudes of the ideal vocational economist.

The Problem of the Professional

Paul Samuelson is the exemplar of the modern professional economist. When Samuelson once grandiosely declared, "I can claim in talking about modern economics I am talking about me," he spoke truer than he knew. In his approach to economic research Samuelson is a self-proclaimed follower of the "views of Ernst Mach and the crude logical positivists."

Samuelson’s formulation of the now discredited stable Philip’s Curve tradeoff between inflation and unemployment is an example of such Machian theorizing in action. Without doubt, the Philips Curve for a time was well liked by Samuelson, but its truth content in the face of the stagflation that developed in the 1970s was exactly nil.

Ultimately, however, the professional economist need not fret overly much about whether he can harvest a grain of truth from such unrealistic models, because his reward for pursuing economic research lies elsewhere. According to Samuelson, "In the long run the economic scholar works for the only coin worth having—our own applause."

Samuelson’s account of the extroversive reward sought after by modern professional economists clearly—though perhaps unwittingly—reveals that their research endeavors are not governed primarily by a search for truth.

Why We Must Choose

The professionalization of a scientific discipline, particularly a social science like economics, almost always proceeds hand in hand with the expansion of government interventionism.

As Mises put it "The development of a profession of economists is an offshoot of interventionism." The reason for this inevitable connection rests on two facts. On the one hand, the State requires a class of intellectuals and specialists for designing, implementing, and providing rationalizations for various interventions into the market economy. On the other hand, those intellectuals who seek the regular income and prestige that accompany the professionalization of their discipline are ever ready to oblige, because the ability of an intellectual to earn his living researching and writing in his chosen field on the free market is always precarious at best.

As the interventionist State expands, it reinforces the need for trained experts and the university system obtains increasing subsidies from government to initiate and expand graduate programs that will provide such personnel. The lucrative positions in these programs are naturally bestowed on those economists who spearhead the drive to professionalize and are, therefore, most active and outspoken in their support of government interventionism.

In the US, the most extreme and thoroughgoing instances of domestic interventionism occurred during the two World Wars of the twentieth century. It was therefore no surprise that the movement to professionalize American economics, which began in the 1880s, experienced quantum leaps during these war crises. For when the State goes to war it needs professional expertise to plan and direct the massive mobilization of the resources it requires. This translates into a cornucopia of lucrative and prestigious jobs for economic experts and specialists in the bureaus and advisory boards of the political planning apparatus that centrally directs the war economy.

The remarkable proliferation of hyper-specialized fields that occurred during and after World War II led to a disintegration of economic theory, signified by the disappearance of the general economic treatise. No longer was there an integrated system of general economic principles that was held in common and applied to the analysis of all policies and problems by those who called themselves economists. Now each sub-field of research had its own special theory which was more or less sealed off from general economic theory. Even general theory itself was now compartmentalized into microeconomics and macroeconomics.

To sum up: the vocational economist strives to master the system of economic theory as handed down by the great system builders and innovators of the past. Once this mastery is achieved, then, depending on his ability, he is poised either to expound and apply this theoretical system, to contribute a few important innovations, or to present a thoroughgoing reformulation that embodies a number of major advances.

There are very few individuals who are capable of successfully embarking on even the first of these paths. Moreover, regardless of which path is taken, the vocational economist is driven forward by a thirst for truth which is never slaked. He seeks to know ever more about what Rothbard termed "the structure of reality as embodied in economic law."

As Mises perceptively noted as early as 1949, professional economists "rival the legal profession in the supreme conduct of political affairs. The eminent role they play is one of the most characteristic features of our age of interventionism."