The Economics of Self-Ownership 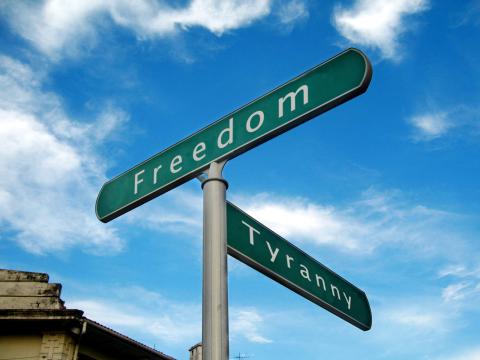 Rothbard stated the self-ownership axiom in this way: "...the basic axiom of libertarian political theory holds that every man is a self-owner, having absolute jurisdiction over his own body. In effect, this means that no one else may justly invade, or aggress against, another's person."

Block states the non-aggression axiom as follows: "It is illicit to initiate or threaten invasive violence against a man or his legitimately owned property." More loosely, Thomas Jefferson argued that all men by their nature have the rights to life, liberty, and the pursuit of happiness.

The economic content of (full) self-ownership for every person is that an individual may make any desired choices as long as he does not initiate or threaten violence against another person or his legitimately held property.

Economics as a science has a two-fold role. First, it provides the proper logical basis for understanding highly complex social, economic and political phenomena. A good deal of headway can be made by the application of Austrian methods, including a priori knowledge, deduction from basic axioms, a thorough subjective approach, and so on. Some of this methodology overlaps considerably with widely-used methods that all economists use, which adds to its appeal.

Second, economics provides the correct basis for evaluating and interpreting historical data and experience. Many people judge the validity of the non-aggression axiom based upon its anticipated consequences or effects as human beings act and react. One cannot evaluate past causes and effects properly without a firm understanding of economics, among other disciplines.

Let us then pursue some economic argumentation concerning self-ownership.

First. A simple but powerful argument goes as follows. Each person acts in order to improve his condition prior to the act. If a person freely chooses among his available perceived opportunities, the expected improvement is as great as it can possibly be. In particular, if others impose constraints upon his choices, the person is worse off because such constraints foreclose choosing some acts of betterment that might otherwise have been selected. Better to choose from 50 available opportunities than to be forced to choose from 20 of these 50. With freedom, one might have chosen one of the 30 that have been eliminated.

Second. What a person chooses depends on how he values his opportunities. Since his valuations are both subjective and unobservable to other people, the decision-maker has superior knowledge about them. This enables him to make better decisions for himself than anyone else can. If a dictator "really" knew that a person would not like or benefit from 30 out of the 50 opportunities, then by forcing the person to choose among the 20 remaining ones, he might (other things equal) make the person better off. But the dictator doesn't have this information. As a rule, another person, especially a distant person, an acquaintance, or someone who does not keep in constant touch with the decision-maker, cannot gauge the costs and benefits of that person's acts as well as the person making the choices.

Furthermore, when we realize that a great many of our acts connect with other acts of ours and of other people in a web that extends out in space and backwards and forwards in time, we see that it is practically impossible for someone else to make us better off by making our decisions for us. For example, we might have long-term plans to write the Great American novel. We decide to pass time traveling around and meeting Americans in what seems to be an aimless fashion. An outside observer cannot know what we are up to. Better to choose from 50 available opportunities than have someone else who supposedly knows better allow us to choose from 20 of these 50, or worse, select a choice for us.

Third. Freedom of choice has a value in and of itself. It might be that a person makes errors of choice and that others recognize it at the time and might like coercively to prevent the person making that choice. No matter. The person may value making the choice himself. Better to make one's own mistakes than have someone else make the right decisions for you.

Fourth. Making one's own choices is an essential procedure in learning how to create one's life. Human life is not simply a series of disconnected acts because we possess memory, foresight, reason, and many other qualities. One may engage in several series of decisions that build up skills, training, knowledge, wealth, personal relationships, health, family, character, reputation, spirituality, etc. One may engage in acts that provide entertainment, joy, pleasure, satisfaction. One may develop creativity, imagination, kindness, or many other traits. All of this is involved in saying that a person can only flourish by making his own choices.

The basic economic aspects of all this are that life involves complex decision processes that occur over time, that there are an infinite number of possible paths to navigate and choose among, that the processes are dynamic, and that all of this occurs under uncertainty. As one proceeds through time, one receives feedback from earlier decisions, analogous to receiving returns on earlier investments. Feedback helps one learn. It helps us decide what new decisions to make. Each individual decision involves evaluation of available options, choice, implementing an option, and then monitoring the outcome; and these individual decisions are connected with many others. In other words, there are complex feedback loops involved.

This argument says that a person cannot learn how to navigate and create his own life without being free to choose because lack of freedom prevents learning and interrupts the feedback loops. If others make choices, unimportant or important, small or large, for a person, the person fails to gain experience and eventually loses the will to learn how to run his own life. External control interrupts the vital process of planning and overseeing the various processes and their connections.

Fifth. External control interrupts the processes of life themselves. Coercive disturbances that affect one's life are not always stable or conveniently timed. They can profoundly alter one's life and outlook or upset one's plans. If the Fed creates inflation or a business cycle and one's livelihood is affected, if war occurs and one's loved ones die or are injured, if the war on drugs leads to gang warfare in one's neighborhood, then all sorts of changes may occur in people who are affected by these events. Some may take advantage, while others lose out.

Sixth. If choice is choice among the available opportunities that a person perceives, what determines these opportunities? In part imagination and knowledge do. However, these depend on feedback from prior decisions. The sixth argument for freedom of choice is that it enhances one's opportunity set. A person who takes the wheel of a car and learns to drive enhances his opportunity to become a race car driver or a pilot.

Seventh. Now comes an important incentive effect. A slave who is told what work to do has less reason to make effective work decisions than someone who stands to gain directly from his decisions. The slave has less to gain from thinking ahead, learning, or improving his work opportunities since the gains go to the master. By contrast, the free individual is the main beneficiary of his own actions and calculates their effects on himself. Since others are not the main beneficiaries of a person's actions, the individual has a stronger incentive to seek knowledge concerning his choices and his own values than others are. The seventh effect is that freedom of choice enhances one's incentive to learn and benefit from one's decisions. A slave is content to use a horse and plow, while a free man will seek to invent a mechanized plow. To stifle freedom of choice is to stifle the incentive to create and invent.

Up to now, the arguments for freedom of choice have been at the individual level. The last few arguments are at the social level.

Eighth. Self-ownership is right because it controls conflict in society in a progressive way, through peaceful competition and individual growth, through secure property rights. This is an unambiguous rule, that each of us owns himself and his justly acquired property. It draws a clear line. Stepping over that line is wrong, and staying behind it is right.

Taking away that standard brings chaotic conflict. If I can coerce you and you can coerce me, it's a free-for-all. Property titles become insecure. The natural limit beyond which we cannot go becomes the death of those coerced. The end result of coercion is total control, slavery, and the power of life and death. There is no obvious stopping point short of total control. However, no society can survive with too much conflict. Therefore, when the self-ownership rule is not used, society will control conflict by suppressing it and/or creating arbitrary rules of property. The society will be one in which one side controls and the other side is controlled.

Nine. When freedom of choice is limited, without some other intervening structure or rule, anything can and will happen. Planning becomes more difficult. Stability disappears. Uncertainty increases. Whim rules. Life cannot flourish as well under these circumstances. Without planning, investment declines because the paybacks are less assured in the future. Wealth cannot rise as easily. More wealth is expended on defense and holding on to what one has. People search for escape. They attempt to substitute activities and values that can't be taken by others for those that can. People are lost in dreams of other worlds or worlds to come. Or perhaps they lose themselves in drugs, sports, or other passions and activities.

Society cannot survive this sort of chaos until it establishes some sort of intervening rule, like a feudal system or an aristocracy-serf system. Life will then grind on relentlessly until the bonds of servitude are broken.