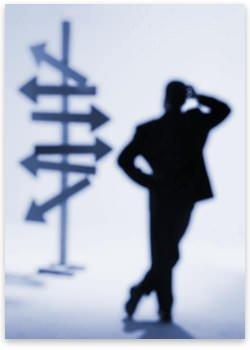 Tags The FedFinancial MarketsInterventionismMoney and Banking

07/14/2010Sterling T. Terrell
"The truth is that economics is so hard for Kartik Athreya because he is trying to do the impossible."

I stumbled across an interesting article a few days ago. Written by Kartik Athreya, of the Federal Reserve Bank of Richmond, the article is titled "Economics is Hard. Don't Let Bloggers Tell You Otherwise."

The abstract of the paper declares,

In this essay, I argue that neither non-economist bloggers, nor economists who portray economics — especially macroeconomic policy — as a simple enterprise with clear conclusions, are likely to contibute [sic] any insight to discussion of economics and, as a result, should be ignored by an open-minded lay public.

To start, I might propose that the open-minded public ignore economists and organizations that are unable to run a spell-checker over the word "contribute."

But that takes me away from the issue.

If by "hard" Athreya means that economic concepts, and results, are sometimes counterintuitive, then I can agree. Examples include the following:

But that is not what Athreya means. He means that economics is so scientific and complex that the untrained economist (or a trained economist who simplifies the explanation or policy result) has nothing meaningful to contribute.

He continues in discussing the public commentary, or lack thereof, that took place after the Tsunami in East Asia and the earthquake in Haiti:

Everyone understands that seismology is probably hard enough that one probably has little useful to say without first getting a PhD in it. The key is that macroeconomics, which involves aggregating the actions of millions to generate outcomes, where the constituents pieces are human beings, is probably every bit as hard. This is a message that would-be commentators just have to learn to accept. For my part, seventeen years after my first PhD coursework, I still feel ill at ease with my grasp of many issues, and I am fairly confident that this is not just a question of limited intellect.

The truth is that economics is so hard for Kartik Athreya because he is trying to do the impossible. He still feels ill at ease in his profession, after seventeen years, because he is trying to explain the economic aggregates of entire states and nations with the tools he learned in Calculus III, Econometrics II, and Linear Algebra I.

This all reminds me of the scathing critique that Nassim Nicholas Taleb leveled in his book The Black Swan about the infiltration and paralyzing reality that rationality became to the world of mainstream economics:

It involves complicated mathematics and thus raises a barrier to entry by non-mathematically trained scholars. I would not be the first to say that this optimization set back social science by reducing it from the intellectual and reflective discipline that it was becoming to an attempt at an "exact science." By "exact science," I mean a second-rate engineering problem for those who want to pretend that they are in the physics department — so-called physics envy. In other words, an intellectual fraud. (p. 184)

For a short explanation on the limits of macroeconomics, I recommend reading "The Limits of Macroeconomics" by Roger Garrison.

For a slightly longer one, I recommend a quick reread of Human Action by Mises himself.

Additionally, I will say that recent macroeconomic developments have been easy to understand. People bought homes they couldn't afford with the blessing of government officials. This was encouraged by the likes of Fannie Mae and Freddie Mac, and a Federal Reserve in love with a cheap-credit policy. Now, it is all being made worse by increasing regulations, higher taxes, fiscal interventions, and unneeded bailouts.

Meanwhile, I will continue to repeat that all people will be made better off in the long run by lowering taxes, easing regulations, stopping fiscal-policy interventions, and not giving the state the power to print fiat money.

And Kartik Athreya can go on making "quality" contributions to macroeconomics by recalculating the fiscal multiplier, mathematically tweaking the Phillips Curve, and taking integrals under the IS-LM curves.