The Economics of Depression Scrip 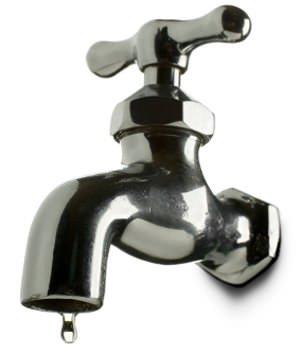 06/30/2010Clifford F. Thies
According to Paul Krugman, a contributing cause to a depression is hoarding and, concerning this, I have no real quarrel.1 It is concerning the ability of the market to address the problem of hoarding, versus the need for government intervention because of hoarding, on which I disagree.

Back in 1999, when Krugman wrote The Return of Depression Economics, it was received strangely. It was a thin book, written in large type, short on economics and long on storytelling. Supposedly, it was about Japan's "lost decade," when — according to Krugman — they had not increased their national debt enough. Yet, Japan's national debt is 200 percent of GDP, which is by far the highest ratio of any advanced economy.

Recently, Krugman has released an update of the book, The Return of Depression Economics and the Crisis of 2008.2 His concern is that, in the present hard times, the United States, with a budget deficit of 12 percent of GDP, is not adding to its national debt quickly enough.

Unfortunately, the entire premise of the book is based on a false assumption regarding hoarding. To illustrate the problem of hoarding, Krugman uses the example of the 1970s Capitol Hill babysitting co-op of Washington, DC. As Krugman describes this co-op, it consisted of lawyers and other such well-heeled persons who decided that, instead of hiring babysitters in the market, they would take turns babysitting one anothers' children. (Right off the bat, an economist should wonder why it is that people who do not embrace the law of comparative advantage and would deny work opportunities to enterprising youth. But, given that they would do that, it is not surprising that they would fail to design an incentive-compatible cooperative agreement.)

What, you might ask, does this babysitting story have to do with depressions? During a depression, people lose confidence in their ability to earn money by offering their labor and other productive services. They therefore seek to build up a cash reserve — i.e., to "hoard" money. However, the hoarding of money lowers the demand for labor and other productive services, resulting in a further loss of confidence, and intensifying the urge to hoard.

The impact of hoarding can be particularly severe within a fractional-reserve-banking system. In a fractional-reserve-banking system, every dollar removed from banks by persons seeking to hoard forces a multiplied reduction in the money supply. Indeed, the removal of money from banks might cause a bank run, resulting in banks being forced into suspension and immobilizing the funds still in them.

"By the time of the Great Depression, the free market had developed a very effective method to deal with the problems of bank suspension and hoarding through the issue of scrip, or emergency money, by bank clearinghouse associations."

US monetary history was formerly characterized by a series of bank panics in which people attempted to remove their money from banks and forced their banks into suspension. It is now characterized by the massive creation of money, so as to allay concerns over the liquidity of financial claims, at the risk of touching off an inflationary spiral.

In the past, when banks suspended, a great deal of the money people had in their banks became illiquid, meaning that it was unavailable for spending. The combination of reduced consumer confidence, job insecurity, a reduced money supply, money tied up in suspended banks, and concerns over additional bank failures caused people to cut back on their spending, either for lack of income or in order to build up a cash reserve. This resulted in what Keynesian economists describe as an aggregate demand failure.

I should point out that I am not at all convinced that "hoarding" is a primary cause of the problem. My sense is that hoarding breaks out only after the public becomes concerned over the soundness of money and/or the banking system, and thus may be a secondary cause. In US monetary history, money generally disappeared during depressions only after banks were forced into suspension.

Hoarding Prior to the '30s

By the time of the Great Depression, the free market had developed a very effective method to deal with the problems of bank suspension and hoarding through the issue of scrip, or emergency money, by bank clearinghouse associations. To be sure, this was not the only measure employed by the market to deal with the hoarding and bank suspension problems. But clearinghouse certificates were, by far, the most significant.

A check drawn on the National Park Bank of New York in the convenient amount of $100, stamped "payable through the Clearing House," making it suitable for use as currency, issued following the Panic of 1873.

However — and this is the important thing — as long as the supply of clearinghouse certificates was small compared to the debtors' need for money with which to make their loan payments, the clearinghouse certificates would pass at or near par. Thus, the way the certificates worked is that they were created in the process of making loans, and destroyed in the process of paying off loans. During the brief time of their existence, they circulated as scrip, that is, as money for a temporary period of time, under emergency conditions.

At this point I could go into a long discussion of the limitations to the money-making magic involved in clearinghouse certificates, and of the risks involved. However, for present purposes it is sufficient for me to note that, as long as the clearinghouse association did a reasonable job in policing its members so that all certificates were sufficiently backed, the community greatly benefited from the creation of liquidity during a panic.

Liquidity in the Great Depression

So, why didn't this same phenomenon happen during the Great Depression? I'm glad you asked this question. It shows that you are interested in the actual facts of history instead of the gobbledygook that was given to you in public school.

"As long as the clearinghouse association did a reasonable job in policing its members so that all certificates were sufficiently backed, the community greatly benefited from the creation of liquidity during a panic."

The reason bankers and others did not rescue our country from the worst outbreak of bank suspension and hoarding in our nation's history is that the government stopped them. During March 1933, amidst a terrible bank panic, the bankers of the country, joined by merchants and many others, were ready to issue hundreds of millions of dollars in clearinghouse certificates. But the government intervened and said "no!"

Prior to 1933, bankers had mostly resisted the call for scrip. Nevertheless, a number of localities had availed themselves of the same. According to the New York Times, by early 1933, some 500,000 people were using some form of scrip.6

Some municipalities issued scrip in the payment of salaries to their workers and for other purposes. For example, Atlantic City, New Jersey, issued scrip during 1932, receivable by the city for payment of back taxes. According to the New York Times, "The scrip [of Atlantic City] has had a wide circulation and much of it has reached the office of Tax Collector Lewis L. Mathis for delinquent bills."7

In other cases, voluntary associations issued scrip in conjunction with their work relief efforts. In Freeport, New York, for example, the Freeport Committee for Unemployment, with the support of "virtually all stores" in the town, issued $50,000 in "stamp scrip." This emergency money was to be issued to persons in payment for work on make-work projects, and was then to be spent in the stores of the town that would accept it.

The stamp scrip was to recirculate within the town for the next year. A fund for the redemption of the scrip was to accumulate through the purchase of stamps for affixing on the scrip, at the rate of 2 percent of its face value per week. While the stamp scrip idea was one of the more inventive schemes that arose during the Great Depression, it should be considered that, in a free-market economy, such difficult times often give rise to panaceas that, somehow, solve the underlying problem.8

While bankers had previously resisted the call for scrip, by March 1933 the problems with bank suspension and hoarding had become unbearable. Following the election of Franklin D. Roosevelt, and the possibility of radical legislation — or even of rule by decree — people throughout the country rushed to withdraw their money from banks. Banks were failing in droves, and, in one state after another, "bank holidays" were being declared or else withdrawals of deposits were being restricted to 5 percent of balances. In some places, moratoria were being declared on debt payments, and there was a growing suspicion that gold would be embargoed.

Instead of allaying the fears of the public, interventions only made things worse. Money started disappearing, including in particular coins and small-denomination paper currency. There was a run on the change-making machines at laundromats, and retailers stopped accepting high-denomination bills for small purchases.

On March 4, when Governor Lehman declared a two-day bank holiday in New York, banker sentiment shifted sharply in favor of scrip. That day, the New York Clearing House announced a rush plan to issue clearinghouse certificates upon the reopening of the banks. At the printing facilities of the American Bank Note Company in the Bronx, crews started working round the clock to deliver up to $200 million in scrip to the New York Clearing House, in denominations from $1 to $50, with additional orders by bankers in Baltimore, Boston, Chicago, Detroit, Philadelphia, and elsewhere.

Throughout New York City, merchants and other vendors started announcing their readiness to accept the scrip, as well as bank checks, and also announced their willingness to extend store credit to regular customers. According to the New York Times, "There was something naïve in the anxiety of the public to get its hands on the promised new medium of exchange."9

However, representatives of the New York, Philadelphia, Baltimore, and Richmond clearinghouse associations were then called to Washington, DC, by the secretary of the treasury. After a few days of negotiation, including an apparent approval of the bankers' plans, authority to proceed with the issue of clearinghouse certificates was denied. The government, you see, had a different idea for addressing the problems of hoarding and bank suspensions.

"Instead of allaying the fears of the public, interventions only made things worse. Money started disappearing, including in particular coins and small-denomination paper currency."

Instead of addressing the Depression though the proven expedient of private-bank-issued scrip, the Roosevelt administration's plan involved suspension of the gold standard, followed by devaluation and the abrogation of the gold clause, cartelization of the banks of the country, the National Recovery Act, the Wagner Act, the alphabet-soup agencies, Social Security, and the beginning of an ever-expanding government.

To draw an analogy between the private and public solutions, it would be like a babysitting co-op deciding that the way to deal with the hoarding of babysitting chits is to take children away from their parents and put them into orphanages organized and run by the co-op, instead of simply issuing enough additional chits to bring liquidity to the babysitting market.

Below are some images of the never-issued clearinghouse certificates in various denominations, from Chicago, IL, Lexington, KY, Rochester, NY, and San Diego, CA; these were not issued during the Great Depression.