GET NEWS AND ARTICLES IN YOUR INBOXPrint
A
A
Home | Mises Library | The Economics of Apocalypse: A Tale of Two C.D.C.’s

The Economics of Apocalypse: A Tale of Two C.D.C.’s 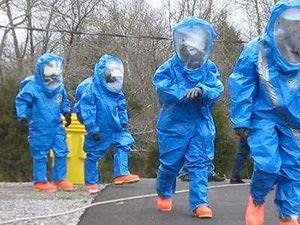 This is the final part of a series. Read Part I and Part II.

In comparing the comic book Zombie Pandemic with the TV series The Walking Dead, we have seen contrasting images of the Centers for Disease Control and Prevention. In its own comic, the C.D.C. portrays itself as able to come up with a vaccine against a zombie plague within a few days, and only in a nightmare would its plan fail. In The Walking Dead, the C.D.C. is itself nightmarish, unable to analyze the zombie virus and ending up as a force for destruction, which the show’s characters must flee. Here then are two models of response to a large-scale catastrophe: government central planning vs. a dispersed, decentralized, nomadic existence.1 At first sight, the model of government central planning is what most people have in mind when they think of “solving a problem” (which is why so many people are inclined to call for government action when faced with a disaster; they want a quick and total fix). A centralized government institution (the C.D.C.) gathers together all the data on the zombie plague and scientifically analyzes it in the hope of devising a vaccine against it. Only a response centralized at all levels and at all stages seems capable of dealing with the crisis as a whole and indeed the goal is to find a single solution to the total problem, which would restore the status quo before the plague broke out.

But the C.D.C. comic book rests on a lot of unspoken assumptions — that a cure for the plague can be found and found quickly, that production and/or distribution problems and delays will not prevent the vaccine from getting into the proper hands in time, and that the general population will follow the C.D.C.’s instructions to the letter and present themselves in an orderly and timely fashion for inoculation. If any of these assumptions prove to be incorrect, the C.D.C. approach may make matters much worse. As we have seen in The Walking Dead, the centralized solution, for all its ultimate promise, runs the risk of exposing the whole population to the zombie plague faster than would have been the case if they had been left dispersed. And the C.D.C. and the government have no fallback position if the medical solution fails. Even the C.D.C.’s own comic book culminates in disaster when the zombies break into the inoculation center, forcing its authors to resort to the tired “it was all a dream” cliché. In a strangely candid moment, the C.D.C. admits that even the best of central plans may misfire when put to the test in the real world, with all its unpredictable and uncontrollable elements.2 In short, the centralized solution is a risky all-or-nothing proposition. As a seemingly appropriate systematic solution to a massive problem, it runs the risk of massive system failure. It effectively gambles everything on one throw of the dice.

The decentralized response to the zombie plague at first glance might seem not to be a genuine response at all. It does not even attempt to deal with the problem as a whole or to seek for a total solution to it (which explains why many people initially prefer the government approach to disasters). The non-government approach is based on the idea of dispersing the remaining population as much as possible, and relying on their survival skills as individuals or in small groups to keep them alive as long as possible. If there were a theory behind what amounts to an improvised and instinctive response to the crisis, it might run something like this: “We do not know what caused this plague or what might cure it. All we can do is to survive as long as we can. Maybe the plague will run its course. Or maybe a cure will be found somewhere. The main thing is to stay alive so that some remnant of humanity will be available to repopulate the Earth if it becomes feasible. We must each pursue our own survival strategies, alone or in small groups. The greater the variety of strategies we pursue, the more likelihood that at least some of us will survive. If we see strategies that are working for others, we can adopt them. But we must not put all our eggs in one basket. If we adopt a uniform strategy of survival, we risk losing everybody and everything.”3 I am not claiming that this is unquestionably the proper response to a zombie plague or that the people who created The Walking Dead would explicitly endorse it. But I believe that this is the strategy that the show implicitly endorses and that it is not simply an irrational response, but in fact has a genuine logic behind it.

Admittedly, the nomadic and dispersed existence The Walking Dead portrays does not hold out much hope of restoring the world to the way it was before the zombie apocalypse. Instead, this approach acknowledges that the strange turn of events may have altered the world irrevocably, or at least for the foreseeable future, and that now the task is to adapt as well as people can to the new reality. They must change the way they live and sacrifice much that they valued in their old lives in order to survive. Notice that the C.D.C. comic book evades portraying difficult choices. Under the C.D.C.’s masterful guidance, everything proceeds smoothly and efficiently. Zombie Pandemic could carry the label: “No zombies were injured or killed in the making of this graphic novella.” Even when the zombies threaten to overwhelm the “safe zone,” the military does not respond. The narrative breaks off just when some hard choices were going to have to be made. As with a typical socialist vision, Zombie Pandemic smacks of the utopian — it presents a world in which all problems can be miraculously and completely solved by a combination of scientific expertise and watchful government supervision. Any evidence to the contrary is just the nightmare of a private citizen who does not trust his government to protect him.

The reason why The Walking Dead is more dramatic than Zombie Pandemic is that it dwells obsessively on the hard choices people have to make in times of crisis. It deals more realistically with what a zombie apocalypse would be like. People might very well not have the luxury of waiting to be rescued by government forces. They would likely be on their own and have to struggle — and fight — to survive. I want to stress one last difference between Zombie Pandemic and The Walking Dead, their contrasting visions of humanity as either passive or active. The C.D.C. comic book portrays a passive population — people do just what the government tells them to, and allow themselves to be herded into what the government calls “safe zones.” By contrast, in The Walking Dead the main characters become heroes and heroines precisely because they refuse to accept a passive role in response to the crisis. They lead a terrifying existence, but at least they take responsibility for their own fate and grow in stature as a result. The show dwells on the ways the characters’ lives become more meaningful once they choose to confront challenges on their own.

Let me reiterate: I do not claim that the response of the characters in The Walking Dead is necessarily the right way to deal with a zombie apocalypse. A public health crisis offers probably the best case for arguing for the virtues of government central planning. A plague does seem to cry out for a scientific/technological solution and governments have from time to time proved adequate to such specific tasks. We ought to give the C.D.C. its due; unlike many government agencies, it has served useful purposes. If I were ever in the midst of a zombie attack, I suspect that my eyes would be glued to the C.D.C. web site. Nevertheless, when we compare The Walking Dead with Zombie Pandemic and contemplate the images of humanity they project, a striking difference becomes clear, the stark contrast between the vision of independence from government in the former and the vision of dependence on government in the latter. One reason the television series is so much more compelling is that it champions the cause of human freedom and self-reliance.4

Paul A. Cantor (1945–2022) was Clifton Waller Barrett Professor of English at the University of Virginia and the author of Pop Culture and the Dark Side of the American Dream: Con Men, Gangsters, Drug Lords, and Zombies.