Economic Fascism and the Power Elite 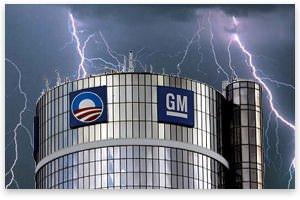 The state—the organization of the political means—is the institution that allows an idle, unproductive class of parasites to live at the expense of ordinary, working people, whose means are industrious activity and consensual exchange in the marketplace. We ought not assume, however, that the indigent segment of society, those who receive social welfare aid from the state, are necessarily foremost among the parasites of the political means. Rather, free-market libertarians from Albert Jay Nock to Murray Rothbard and Butler Shaffer have demonstrated that in the statist economy of theft and wealth redistribution, it is the elite—powerful, entrenched commercial players—who most benefit. Historically and empirically, this phenomenon of elite command of the apparatuses of government is readily apparent and unmistakable in its expression, particularly as regards the twentieth-century American economy. Economic historian Robert Higgs has argued that the American economy developed into a variant of corporatism or “tripartism,” an economic fascism defined by formal collusion between certain key interests and various arms of the state. “Corporatism,” writes Higgs, “faces the problem of factions directly; in effect, it resolves the problem of the people versus the interests by forthrightly declaring that the interests, when properly organized and channeled, are the people” (emphasis added).1 Like every permutation of the authoritarian idea, the corporatism described by Higgs attempts to submerge the individual within the anatomy of the leviathan state—of which we must now regard many nominally “private” actors as a part.

These firms, in their partnership with the state, are “granted a deliberate, representational monopoly”2 as payment for a level of control exercised by government. The iron triangles that form the fascist tripartism detailed by Higgs recall the thesis of C. Wright Mills’s groundbreaking sociological study, The Power Elite. In his masterwork, published first in 1956, Mills gives an account of an intermeshed elite made up of a “political directorate,” the “warlords” of the military establishment, and “corporate chieftains” at the helm of Big Business bureaucracies.3 Hardly resulting from the legitimate free market defended by libertarians, the social and economic problems and crises we see all around us are in fact the moldering fruits of elite statism. And war, as both the engine of an entire economic paradigm and its attendant psychological and sociological substructure, has been the American state’s most preferred expedient, burdening peaceful, productive society with class rule. The permanent war economy, the unremitting exercise in plunder that now makes up a terrifyingly large portion of the economy at large, must necessarily poise itself upon antisocial state-worship. As Vicesimus Knox wrote, “Fear is the principle of all despotic government, and therefore despots make war their first study and delight.”4 The existence of a corporate command-and-control economy, whose configuration grows out of layered state interventions, depends crucially on popular attitudes regarding the state. Only a public trusting of elite judgment and expertise would abide a system built on just the kinds of subjugation that the American ruling elite hypocritically claimed to defy in two world wars.

Fundamentally related to these insights into the practical relationships between Big Business and Big Government, is the proposal of Rothbard’s short-lived journal, Left and Right. Presenting the journal, Rothbard said that the title “highlights our conviction that the present-day categories of ‘left’ and ‘right’ have become misleading and obsolete.”5 Left and right designations become particularly troublesome when we consider modern American conservatism as a “barren defense of the status quo.”6 The concord of war statism reached by the political elite during the twentieth century certainly wasn’t liberal in any coherent or meaningful sense—a near antithesis of the liberalism of which Mises and Hayek regarded themselves as the legatees.

Mises and Hayek inherited that consistent, comprehensive liberalism from, among many others, Charles Comte and Charles Dunoyer, French political thinkers writing in the early nineteenth century. During Comte and Dunoyer’s time, many very different and contradictory ideas all claimed liberalism; theirs was an “industrialist” rendering that placed the state firmly and unambiguously in opposition to nonviolent, economic society, the principles of which were not coercive, governmental machinations, but harmonious trade. The “industrialisme” of Comte and Dunoyer, then, was very much an antecedent to Oppenheimer’s famous distinction between the political and economic means to wealth. Industry and exchange were to be venerated as the defining hallmarks of a free and just social and economic system, one loosed from the old privileges of ruling classes extending back through history. As Rothbard put it, in contrast to the productive classes (comprising “workers, entrepreneurs, producers of all kinds”), the nonproductive classes used “the state to levy tribute upon the producers.”7 Very much a rebuke of the established order, the free market ideas of Comte and Dunoyer’s industrialist journal Le Censeur européen had radical and thus very unconservative implications: a hope to completely replace government with “the administration of things”8 (a phrase coined by Comte and only later used by Saint-Simon). Just as did Rothbard hundreds of years later, Comte and Dunoyer folded economic analyses—inherited primarily from Jean-Baptiste Say—in with historical and philosophical narratives, fashioning a unique and libertarian notion of class. Their economic propositions emerged from a holistic, methodological approach, tracing a historical divide between “the devouring” (“the hornets”) and “the industrious” (“the bees”).9 Indeed, Comte and Dunoyer championed a classless society, though not in the sense of absolute equality or the end of private property. If the free market truly was the means of “dissolving the ruling classes,”10 then it was privilege and monopoly, upheld by the coercive power of the state, and not legitimate property and trade, that were to be opposed.

The political means may not be as plain to see, as glaring or as straightforward as they were in Comte and Dunoyer’s time. Central banking under the Federal Reserve System, today’s government subsidies, and regulatory barriers to entry are perhaps not as easily ascertainable to the layman as were affronts against the free market as they existed in Comte and Dunoyer’s day. But these interconnected instruments for binding and exploiting the society that is their host are just as menacing, if not more so. Where those living under the tyranny of old monarchical systems could be expected to understand full well the class nature of the statist rule around them, most today are misdirected by the democratic rhetoric that clothes the American state. Rothbard’s Wall Street, Banks, and American Foreign Policy would prove an instructive read for those in, for example, the Occupy crowd who misguidedly ascribe our current economic predicament to the free market. The ties between the war economy, the Federal Reserve’s central banking system, and the powerful Wall Street banks are, as demonstrated in Rothbard’s monograph, a defining feature of the state monopoly capitalism that has prevailed.

In the present day, following the maturation of the connections identified by Mills, Rothbard, Higgs and others, the economy has been “centralized . . . into a highly structured bureaucracy under the effective direction and control of leading business interests.”11 We can in no way be said to have a free market, as the ties between powerful interests and the federal government are as strong as ever. Politics is an expensive, high-stakes game of favors and bribery, a fact that libertarians like Comte and Dunoyer saw clearly hundreds of years ago.