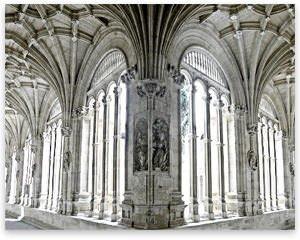 Neoclassical economists usually explain their disdain for the Austrian School by saying that, although their theories may seem to be logically and correctly constructed, they lack predictive power; that is why, according to the positivist view, they must be ruled out as "nonscientific."

The current global financial crisis, described in an incomplete manner as the "subprime crisis," has shown, however, that neoclassical theories are not only descriptively false, but also completely incapable of predicting events. In contrast, the Austrian School's theories, as I will shortly show, not only maintain their realistic approach but also have an important predictive power.[1]

The current crisis fits perfectly with how Austrian economists have explained these events since the beginning of the 20th century. This is easily demonstrated by reference to what might be called the "orthodox version" of the Austrian business-cycle theory (ABCT), as Professor Jesús Huerta de Soto has elaborated it on his book Money, Bank Credit and Economic Cycles.

I do not agree with every point elaborated in this book, but in order to avoid accusations of retrofitting the theory, I will present it without revision or qualification. Even with these exceptions, the traditional Austrian theory is able to explain the main facts of the current crisis, and, being available to all professional economists, it should have enabled them to anticipate and explain this crisis with far greater success than they have had. The sequence described by ABCT is as follows:

The current situation is precisely this: we face a credit crunch stemming from the creation of bad debt by the banking system (based on hyperabundant money) and the central banks. The recession seems to be inevitable: malinvested assets will undergo a severe adjustment due to the sale or the repossession of assets on a massive scale, which is necessary to repay the debt.

Neoclassical economists, and specifically monetarists, have brought us here. Keynesian theory fell apart in the 1970s, and now monetarism has followed. The Austrian School is the only remaining source of credible analysis and sound economic policy.

If financial and business communities do not want to sacrifice themselves in an ever-intensifying cycle of monetary chaos, they should start to listen to the Austrians; as should the media as well. For some people, unfortunately, intellectual conceit and convenient ignorance are more powerful forces than honesty and prosperity.

Juan Ramón Rallo Julián is the director of the Observatorio de Coyuntura Económica (OCE) (Economic Trends Reporter) of the Spanish Instituto Juan de Mariana (site in Spanish and English). He has led important research on the current crisis from an Austrian perspective, publishing several extensive reports that have been covered by the Spanish media. They are displayed (in Spanish) at JuanDeMariana.org. You can comment on this article on the Mises Economics Blog

This article was translated by Angel Martín. It was originally published in Revista Digital "La Escuela Austriaca del Siglo XXI", no. 6, February 2008, a publication of the Argentinean Fundación Hayek.

There is always a bubble someplace. In a world of fiat currency and fractional-reserve banking, where money is effortlessly multiplied and pyramided, the sequence of boom and bust become inevitable, like the sequence of the seasons. In this system, the government cannot prevent the expected corrections anymore than it can prevent the onset of winter. The strong housing market has all the makings of being the next bubble — in particular high leverage and unsustainable price increases.

Moreover, the Bank for International Settlements (BIS), in its report of June 2007 (no. 77) resorted to Austrian theory (although it did not mention it) to point out several worrisome elements in the world economy:

The problem at the moment is that the allocation of resources in all three countries has been moving resolutely in the wrong direction. In China and Japan, investment is still in large part focused on export markets.… In the United States, it is the recent massive investment in housing that has been unwelcome from an external adjustment perspective. Housing is the ultimate non-tradable, non-fungible and long-lived good.

The Wall Street Journal, however, recognized the reasoning:

Although the concluding chapter of the BIS's latest annual report, released Sunday, never mentions the Austrian School, it is suffused with its influence.

Juan Ramón Rallo is director of the Spanish libertarian think tank Instituto Juan de Mariana and author of several books such as Los errores de la vieja Economía. He teaches in Madrid, at Online Center for Higher Studies Manuel Ayau and at the Master degree in Austrian Economics of the Universidad Rey Juan Carlos. See his website.