GET NEWS AND ARTICLES IN YOUR INBOXPrint
A
A
Home | Mises Library | Econometrics: A Strange Process 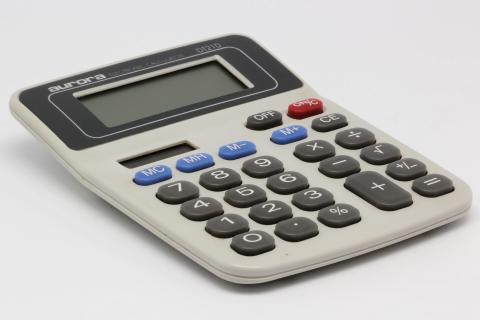 Until recently, most macroeconomic forecasters, assisted by mathematical models, were predicting economic recovery and rising stock indices. But the market has reminded us that reality doesn't always correspond to the predictions of those who claim the mantle of "science." As is so often the case, those economists who were more humble in their pretensions to knowledge avoided such embarrassment.

The Austrian School of economics is known for its aversion to mathematical modeling of human behavior. The neoclassical mainstream, on the other hand, is quite fond of this approach, and uses the mathematical method for just about any problem. I think it is fair to say that most mainstream economists would prefer the precision of a false formal model, versus the generality of a true verbal proposition.

This misplaced reliance on the power of mathematical tools for economic analysis is epitomized in the field of econometrics, which employs statistical techniques in the study of empirical data concerning economic phenomena. Unlike their mainstream colleagues in game theory—who are notorious for criticizing human "players" when their actions fail to correspond to the strategies employed in a particular game's equilibrium state—the econometricians believe they are exempt from the biases of a priori theorizing. The true believer in econometrics takes no particular stand on doctrinal questions, and rather thinks that the facts will "speak for themselves."

It is true the empiricists reject [a priori] theory; they pretend that they aim to learn only from historical experience. However, they contradict their own principles as soon as they pass beyond the unadulterated recording of individual single prices and begin to construct series and to compute averages. A datum of experience and a statistical fact is only a price paid at a definite time and a definite place for a definite quantity of a certain commodity. The arrangement of various price data in groups and the computation of averages are guided by theoretical deliberations which are logically and temporally antecedent. The extent to which certain attending features and circumstantial contingencies of the price data concerned are taken or not taken into consideration depends on theoretical reasoning of the same kind. Nobody is so bold as to maintain that a rise of a per cent in the supply of any commodity must always—in every country and at any time—result in a fall of b per cent in its price. But as no quantitative economist ever ventured to define precisely on the ground of statistical experience the special conditions producing a definite deviation from the ratio a : b, the futility of his endeavors is manifest. (Human Action p. 351)

Although the student of Austrian economics may share Mises's opinions about the dubiousness of econometrics, the fact is that he or she must take classes and exams in this field in order to receive a degree from most programs in the United States. In an attempt to help such students "keep hope alive," I will now share my impressions and an anecdote gleaned from my experience in a mandatory course in macroeconometrics.

Austrian economists, especially those of a Hayekian bent, stress that the market is a process. Ironically, econometricians use the same term, but they mean by it something completely different.

For example, when he wishes to model the price of a particular stock, the econometrician may say, "Assume p(t) follows a random walk process." What he means is that the price at any time t equals the price at time t - 1, plus a completely random "shock." The shock is modeled as a random variable with mean zero and a certain variance.

Notice already that this approach has given up on trying to explain how real-world prices are actually formed. In reality, today's prices have no causal connection with tomorrow's prices. Every day, the price of a stock is formed afresh by decisions on the part of investors to buy or sell. The stock price today seems to be partially "dependent" on the stock price yesterday only because the underlying factors that caused yesterday's price are largely the same today. The case of a stock price is completely different from, say, the balance of one's bank account, which does remain constant from day to day, except for "autoregressive" changes due to interest compounding, or "shocks" due to deposits and withdrawals.

The econometric approach to stock price movements is analogous to a meteorologist who looks for correlations between various measurements of atmospheric conditions. For example, he might find that the temperature on any given day is a very good predictor of the temperature on the following day. But no meteorologist would believe that the reading on the thermometer one day somehow caused the reading the next day; he knows that the correlation is due to the fact that the true causal factors—such as the angle of the earth relative to its orbital plane around the sun—do not change much from one day to the next.

Unfortunately, this distinction between causation and correlation is not stressed in econometrics. Indeed, for economists truly committed to the positive method, there can be no such distinction. Although the econometric pioneers may understand why certain assumptions are made and can offer a priori justifications such as "rational expectations" for the details of a particular model, the students of such pioneers are often caught up in the mathematical technicalities and lose sight of the true causes of economic phenomena.

A Case in Point

Lest the reader feel I am speaking in broad generalities, let me offer as an example a question that was on one of my exams. The question epitomizes the problems with the econometric approach of stipulating a particular "process" that generates the observed levels of some variable:

As I sat staring at this question, I was absolutely befuddled, since I believe it makes no sense. My problem was not that such a question was of little use in understanding the business cycle or the stock market; my problem was that I believe its propositions are contradictory.

The question assumes that there is some variable x(t), the true mean of which is μ. That is, if we took the mean of all realizations of x(t) from t = 1 to t = ∞, the result would be μ. In practice, however, we never have an infinite number of realizations to analyze, but only a finite number T of sample observations. Although we can't know the true mean μ, we can calculate s, which is the sample average, or mean of the observations from x(1) to x(T).

Now, the exam question above wasn't intended to be "deep"; I suspect that talking about an autoregressive (AR) process concerning the variable d(t) was an indirect way to get the student to assume that x(t) itself followed an AR(1) process, and to then apply a standard formula to "compute the sample variance of the mean of T realizations from an autocorrelated time series process" (quoted from the solution later given by my professor).

An autoregressive process is one in which the value t is dependent on some fraction of the value at t - 1, plus a random "error" term of mean zero. For example, we might have x(t) = .5 * x(t - 1) + e(t), which means that the value of x at time t is equal to one-half its value at time t - 1, plus some random error term e(t) that on average will equal zero.

It makes sense to say that x(t) in the above question follows such an AR(1) process. However, the question said that the deviation of x(t) from its sample average s follows an AR(1) process, and this I believe is nonsensical. This is because, unlike the infinitely long x(t) process—in which the deviations of x(t) from its mean μ can in principle sum to any number (though we expect in the long run this sum to be zero)—for a finite sample of size T, the deviations d(t) by definition must sum to zero. So when my professor—following the standard econometric practice—stipulated that the series d(t) followed a particular process, he stipulated the impossible.

But if this is the case, then the stipulated formula for d(t)—that is, d(t) = ρd(t - 1) + e(t)—cannot be true. For we know that d(3) is not some function of d(2) plus a completely random error term e(3), which in principle can take any value. So to reiterate, it's not merely that the question is irrelevant to a true understanding of economics; it's rather that even on purely mathematical terms, the question makes no sense.

I emailed my concerns to my professor1 and his teaching assistant. They told me that I was reading too much into the question, and that my problem was of a very "philosophical" nature. Rather than pondering what the question "meant," I should have realized the relevant formula from the information given, and applied it to get the answer.

I believe their stance is typical of the mainstream approach. It would be one thing if all of the formal rigor of modeling were followed through to the deepest foundations of economic science. But unfortunately, I believe that in day-to-day practice, the mainstream economist relies on certain assumptions and techniques to address a particular problem, since he knows "how to solve" the question when it is asked in this way.

But surely there is something fundamentally wrong when he persists in this method, even when the "question" so posed is internally contradictory.