GET NEWS AND ARTICLES IN YOUR INBOXPrint
A
A
Home | Mises Library | Is Eating a Cinnamon Roll Irrational?

Is Eating a Cinnamon Roll Irrational? 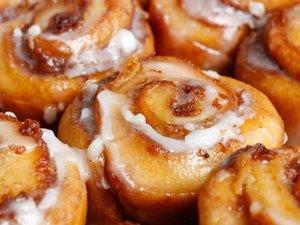 Tags Calculation and KnowledgeEntrepreneurshipValue and Exchange

The literature on market imperfection and market failure is voluminous, ever-growing, and filled with Nobel laureates. Identify a new source or instance of market “failure,” and you’re likely to win a Nobel Prize, or so it seems.

Phishing for Phools: The Economics of Manipulation and Deception, by Nobel Laureates George A. Akerlof and Robert J. Shiller, presents the thesis that we are overly confident in unregulated markets and that entrepreneurs accrue profit by preying on hapless consumers, exploiting “our weakness in knowing what we really want” through the market’s tendency “to spawn manipulation and deception.” Mavens of manipulation themselves, Akerlof and Shiller claim many, if not most people — especially the poor — are irrationally exuberant and are induced into buying things they really do not want. How do they know what the consumer really wants, one might ask? The answer is that anything the authors would not do themselves is ipso facto not in the best interest of the consumer. In fact, it is something that “no one could possibly want.”

We’ll Decide What’s Best For You

Their opening chapter is an exercise in convoluted methodology. In it, Akerlof and Shiller obliterate any distinction between adroit entrepreneurship/marketing and deception/fraud. The most fundamental problem, however, is that Akerlof and Shiller think that what people really want is what is (objectively) good for them. They refuse to recognize that even if consumers were aware of the costs of eating Cinnabon — their bête noire in the opening chapter — and consuming a high calorie meal devoid of nutrients, they still might choose to eat Cinnabon. In their paternalist fervor, they cannot fathom that some people, in some places, at some times, might be willing to make such a trade off.

Rejecting Mises’s economic tautology that business owners stay afloat by satisfying consumer preferences through voluntary exchange, they believe that, instead, business owners compete for who can best deceive their customers. They call Cinnabon’s efforts to attract customers by making their product more desirable and available in convenient locations “phishing.”

Is the alternative, then, to mandate that businesses instead locate their stores in inconvenient locations, where they are less likely to sell their products to increase market efficiency? No answer is forthcoming. Also never answered by the duo is, if advertising is so effective at deceiving consumers, why do firms not spend nearly all of their budgets on advertising? Wildly exaggerating the problem they present, Akerlof and Shiller even think that the cumulative effect of “phishing” that companies like Cinnabon do through luring people in with the aroma of their cinnamon rolls may be as significant as the financial crash of 2008.

They also maintain that the incompetence of the average person prevents them from wisely investing their funds. What they do not show is that a disinterested bureaucrat spending someone else’s money has an incentive to invest carefully, which they simply assume. No matter that an individual has knowledge of his time, place, and preferences that a bureaucrat cannot have, regardless of whether or not consumers make systematic cognitive errors. What they call informational asymmetries, i.e., the different levels of knowledge among consumers and producers, should properly be called the division of labor and knowledge in society, which underpins all markets and gives us a basis to make exchanges in the first place. It is for the very reason, namely that producers of goods know more about the goods they produce, that we purchase from them. Hence, in criticizing information asymmetry in markets, they are criticizing all exchange. Akerlof and Shiller habitually succumb to this Nirvana fallacy, holding up the utopian ideal of perfect information as their (unreachable) model, and then when markets fail to reach this ideal, assume that this justifies government intervention, never giving us a reason why these systemic cognitive biases and information asymmetries can be avoided by bureaucrats more than they can by the average consumer.

Variety and Convenience Are Bad Things?

Fundamentally, they mistake the beauty of the market and its convenience with manipulation. When they see a wide variety of products to choose from within arm’s reach, such as in a supermarket, they view it as a scheme to induce consumerist depravity and indulgence, rather than as a wonder to behold. They critique overpaying for health plans at the same time they critique obesity. We also see them succumbing to extraordinarily misleading explanations of history. For instance, in chapter six, they repeated the canard that Upton Sinclair’s The Jungle exposed the meatpacking industry’s unsanitary practices, when in fact his book was a complete fabrication, making no mention of this.

In general, Akerlof and Shiller appear oblivious to the roles consumer reporting institutions, competition, reputation, repeated dealings, and quality assurance play in doing just what they claim markets fail to do. If they desired to write a complete, and balanced look at the phenomenon they studied, rather than forward their agenda — what is in reality a jobs program for economists — they had ample material with which to work. The “heroes” of the story, instead, are primarily government regulators, and others who “step back from the profit incentive.” The profit incentive, for them, is essentially a one-way trip down Deceit Drive toward Manipulation Station. This single chapter focuses on the ways these problems are overcome, but they present nothing but impotency regarding the ability of businesses to do anything other than manipulate and deceive. The market, apparently, cannot provide solutions to or protect against this predatory behavior they attribute to these businesses, evidence to the contrary notwithstanding. We are left with the impression that these phishing problems are real, devastating, pervasive, and unresolved, as well as the impression that the solution is government regulation and bureaucratic administration. Nothing could be further from the truth.

In every instance, Akerlof and Shiller showcase their own “irrational exuberance” and monomania for decrying consumer choices, rather than market failures arising from information asymmetries. What else can we conclude from the foregoing but that there are informational asymmetries abounding about the true value of the information in Phishing for Phools — and that it is, objectively, something that “No One Could Possibly Want” to buy? If there is anything that could shake one’s faith in unregulated markets, it’s that anyone could be duped by Phishing for Phools.

Tyler Kubik is a graduate research assistant in the Georgia State University Department of History studying 19th and 20th century US history.

Tyler Kubik is a graduate research assistant in the Georgia State University Department of History...

Is Eating a Cinnamon Roll Irrational?

For some economists, the fact that entrepreneurs make cinnamon rolls instead of selling only celery sticks is a “...

The "Entrepreneurial" State is Anything But

With the failure of central planning, many economists see government as an entrepreneurial institution that fosters...