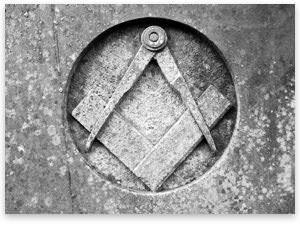 [This article is excerpted from An Austrian Perspective on the History of Economic Thought (1995), volume 2, chapter 9: "Roots of Marxism: Messianic Communism," section 2, "Secularized Millennial Communism: Mably and Morelly." An MP3 audio file of chapter 9, narrated by Jeff Riggenbach, is available for download.]

During the havoc and upheaval of the French Revolution, the communist creed, as well as millennial prophecies, again popped up as a glorious goal for mankind, but this time the major emphasis was a secular context. But the new secular communist prophets were faced with a grave problem: What will be the agency for this social change? In short, religious chiliasts never had problems about agency, i.e., how this mighty change would come about. The agent would be the hand of Providence, specifically either the Second Advent of Jesus Christ (for premillennialists), or designated prophets or vanguard groups who would establish the millennium in anticipation of Jesus's eventual return (for postmillennialists). King Bockelson and Thomas Müntzer were examples of the latter. But if the Christian millennialists possessed the assurance of the hand of Divine Providence inevitably achieving their goal, how could secularists command the same certainty and self-confidence? It looked as if they would have to fall back on mere education and exhortation.

The secularist task was made more difficult by the fact that religious millennialists looked to the end of history and the achievement of their goal by means of a bloody apocalypse. The final reign of millennial peace and harmony could only be achieved in the course of a period known as "the tribulation," the final war of good against evil, the final triumph over the Antichrist.1 All of which meant that if the secular communists wished to emulate their Christian forbears, they would have to achieve their goal by bloody revolution — always difficult at best. It is no accident, therefore, that the heady days of the French Revolution would give rise to such revolutionary hopes and aspirations.

The first secularized communists appeared in the shape of two isolated individuals in mid-18th century France. The works of these two men would later burgeon into an activist revolutionary movement amidst the hothouse atmosphere and the sudden upheavals of the French Revolution. One was the aristocrat Gabriel Bonnot de Mably (1709–85), the elder brother of the laissez-faire liberal philosopher Etienne Bonnot de Condillac. In contrast to his brother the distinguished philosopher, Mably devoted himself to being a lifelong writer on a large variety of subjects.2 A man whose works, as Alexander Gray wittily writes, "are deplorably numerous and extensive." Mably's prolix and confused writings were astoundingly popular in his day, his entire collected works, ranging from 12 to 26 volumes, being published in four different editions within a few years of his death.

Mably's main focus was to insist that all men are "perfectly" equal and uniform, that all men are one and the same everywhere. He professed to discern this alleged truth in the laws of nature. Thus, in his chief work Doutes proposes (1786), an attack on the libertarian natural rights theory of Mercier de la Rivière, Mably presumes to interpret the voice of Nature: "Nature says to us … I love you equally."3

As in the case of most communists after him, Mably found himself confronted with one of the great problems of communism: if all property is owned in common and each person is equal, then the incentive to work is negative, since only the common store will benefit and not the individual worker in question. Mably in particular had to confront this problem, since he also maintained that man's natural and original state was communism, and that private property arose to spoil matters precisely because of the indolence of some who wished to live at the expense of others.4

Mably's proposed solutions to this grave problem were scarcely adequate. One was to urge everyone to tighten their belts, to want less, to be content with Spartan austerity. His other answer was to come up with what Che Guevara and Mao Tse-tung would later call "moral incentives": to substitute for crass monetary rewards the recognition of one's merits by one's brothers — in the form of ribbons, medals, etc. Alexander Gray notes that Mably makes use of such "distinctions" or "Birthday Honours Lists," to stimulate everyone to work. He goes on to point out that the more "distinctions" are handed out as incentives, the less they will truly distinguish, and the less influence they will therefore exert. Furthermore, Mably "does not say how or by whom his distinctions are to be conferred."

Gray adds that in a communist society in reality, many people who don't receive honors may and probably will be disgruntled and resentful at the supposed injustice involved, yet their "zeal doesn't flag."5

Thus, in his two proffered solutions, Gabriel de Mably was resting his hope on a miraculous transformation of human nature, what the Marxists would later see as the advent of the New Socialist Man, willing to bend his desires and his incentives to the requirements of, and baubles conferred by, the collective. But for all his devotion to communism, Mably was at bottom a realist, and so he held out no hope for its triumph. On the contrary, man is so steeped in the sin of selfishness and private property that only the palliatives of coerced redistribution and prohibitions of trade are even possible. It is no wonder that Mably was not equipped to inspire and stimulate the birth and growth of a revolutionary communist movement.

If Gabriel de Mably was a pessimist, the same cannot be said of the highly influential work of the unknown Morelly, author of Le Code de la Nature (The Code of Nature), published in 1755, and going into five further editions by 1773. Morelly had no doubts of the workability of communism: for him there was no problem of laziness or negative incentives. There was no need, in short, for any change in human nature or the creation of a New Socialist Man. In a vulgarization of Rousseau, man is everywhere good, altruistic, and dedicated to work: it is only institutions that are degrading and corrupt, specifically the institution of private property. Abolish that, and man's natural goodness would easily triumph. (Query: where did these corrupt institutions come from, if not from man?) Banish property, and crime would disappear.

For Morelly, the administration of the communist utopia would also be easy. Assigning every person his task in life, and also deciding what material goods and services would fulfill his needs, would apparently be a trivial problem for the ministry of labor or of consumption. For Morelly, all this was merely a matter of trivial enumeration, of listing things and persons. Here is the ancestor of Marx and Lenin's dismissal of the gigantic problems of socialist administration and allocation as merely a question of book-keeping.

But things, after all, are not going to be that easy. Mably, the pessimist on human nature, was apparently willing to leave matters to voluntary actions of individuals. But Morelly, the alleged optimist, was cheerfully prepared to employ brutally coercive methods to keep all the "good" citizens in line. Once again, as in Mably, the edicts of the proposed state would be written clearly by Nature, as revealed to the founder Morelly. Morelly worked out an intricate design for his proposed government and society, all allegedly based on the clear dictates of natural law, and most of which were to be changeless and eternal — to Morelly, a vital part of the scheme.

In particular, there is to be no private property, except for daily needs: every person is to be maintained and employed by the collective, every man is to be forced to work, to contribute to the communal storehouse according to his talents, and will then be assigned goods from these stores according to his needs, to be brought up communally, and absolutely identically in food, clothing and training. Philosophic and religious doctrines are to be absolutely prescribed; no differences are to be tolerated; and children are not to be corrupted by any "fable, story, or ridiculous fictions." All buildings must be the same, and grouped in equal blocks; all clothing is to be made out of the same fabric. Occupations are to be limited and strictly assigned by the state.

Finally, these laws are to be sacred and inviolable, and anyone attempting to change them is to be isolated and incarcerated for life.

As in all the communist utopias, Mably's and Morelly's, as Alexander Gray makes clear, are ones under which "no sane man would on any conditions consent to live, if he could possibly escape." The reason, apart from the grave lack of incentives in utopias to produce or innovate, is that "life has reached a static state.… Nothing happens, nothing can happen in any of them."6

It should be added that these utopias were debased, secularized versions of the visions of the Christian millennialists. In the Christian millennium, Jesus Christ (or, alternatively, his surrogates and predecessors) comes back to earth to put an end to history; and presumably, there will be enough enchantment in glorifying God without worrying about the absence of earthly change. And, as we have seen, this is particularly true in Joachim of Fiore's envisioned millennium of people without earthly bodies. But in the secularized utopias there reigns, at best, gray gloom and stasis totally contrary to man's nature on earth.

Meanwhile, however, Christian millennialism was also revived in these stormy times. Thus, the Swabian German pietist Johann Christoph Otinger, during the mid-18th century, prophesied a coming theocratic world kingdom of saints, living communally, without rank or property, as members of a millennial Christian commonwealth. Particularly influential among later German pietists was the French mystic and theosophist Louis Claude de Saint-Martin (1743–1803), who in his influential Des Erreurs et la Verite (Errors and Truth) (1773), portrayed an "inner church of the elect" allegedly existing since the dawn of history, which would take power in the coming age. This "Martinist" theme was developed by the Rosicrucian movement, concentrated in Bavaria. Originally alchemist mystics during the 17th and 18th centuries, the Bavarian Rosicrucians began to stress the coming takeover of world power by the inner church of the elect during the dawning millennial age.

The most influential Bavarian Rosicrucian author, Carl von Eckartshausen, expounded on this theme in two widely read works, Information on Magic (1788–92) and On Perfectibility (1797). In the latter work, he developed the idea that the inner church of the elect had existed backwards in time to Abraham and then forwards to a world government to be ruled by these keepers of the divine light. This third and final age of history, the age of the Holy Spirit, was now at hand. The illuminated elect destined to rule the new communal world were, fairly obviously, the Rosicrucian Order itself, since their major evidence for the dawn of the third age was the rapid spread of Martinism and Rosicrucianism itself.

And these movements were indeed spreading during the 1780s and 1790s. The Prussian King Frederick William II and a large portion of his court were converted to Rosicrucianism in the late 1780s, as was the Russian Czar Paul I a decade later, based on his reading of Saint-Martin and Eckartshausen, both of whom he considered to be transmitters of divine revelation. Saint-Martin was also influential through his leadership of Scottish Rite Masonry in Lyons, and was the main figure in what might be called the apocalyptic-Christian wing of the Masonic movement.7