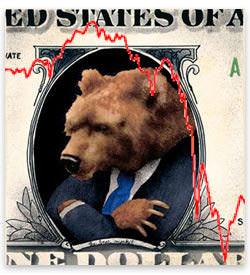 Stockholders and managers of firms, whose interests lie in higher prices for what they own or manage, miss few opportunities to deride short sellers. As Holman Jenkins of the Wall Street Journal put it, "short selling is a business widely unpopular with everyone who has a stake in seeing stock prices go up."

Regulators, whose blunders short sellers frequently reveal by discovering fraud that escaped their attention, respond similarly. That combination of interests helps explain why, at various times, short selling has been banned in many countries, including England, France and Japan.

Such views are reinforced by accusations that short sellers hope for bad things to happen. Others misplace the blame for the association between short selling and falling stock prices, especially in a "crisis." False comparisons, such as holding short sellers to a standard of perfect foresight, are also used to attack them. However, all of these attacks are misguided.

Short selling is part of the information-revealing process that Mises, Hayek, and others emphasized as the central aspect and advantage of the market process. In a world of uncertainty and change, information is the scarcest good, and short selling is an important source of additional information that would otherwise be lost.

Allowing short selling increases the number of people with an incentive to discover valuable information about firms' prospects, by providing an added mechanism to benefit from information that turns out to be negative. When someone's research or information leads them to negative conclusions about a firm, short selling allows them to communicate their less optimistic expectations to others and make a profit if they anticipate the direction the market will later come to agree with. That is, they profit only if they come to "correct" conclusions before others. In the process, they benefit others by revealing accurate information sooner than would otherwise be the case, reducing the mistakes people would have made from relying on the less accurate prices that would otherwise exist.

Negative information may not be as valuable as positive information for purposes of cheerleading, but it is just as valuable when people wish to make the best use of scarce resources. That is sometimes reflected in the observation that much of economics involves negative information — knowing some things not to do, rather than knowing what to do — especially in combating the trouble that arises from "knowing so much that ain't so."

There is no reason why information that might have negative implications for firms would only be revealed to or discovered by those who are already owners of a particular stock. To attack or restrict short selling is then to restrict the market's ability to elicit and integrate all available information.

Restrictions on short selling are analogous to a voting process where there are only the possibilities of voting yes (owning shares) or abstaining from voting (current non-owners), but "no" votes (selling what you do not own) are impossible. People can vote yes, buying shares and pushing up stock prices, or those who previously voted yes can decide to go back to abstaining by selling their shares, lowering stock prices. But short sellers allow current abstainers to vote "no," giving themselves the ability to benefit from their different views while benefiting others via market prices, without having to first own shares in a company.

Short selling, which allows profits to be made from negative information, is akin to another aspect of a competitive financial market — hostile corporate takeovers. Management groups who fail to make the best use of their company's assets object to the prospect out of their own self-interest. But hostile takeovers provide a mechanism for even those investors who own no current shares in a firm to benefit from negative information. If a firm is poorly run, even someone with no initial position in a company can purchase shares at a price capitalizing its prospects under current management. By then accumulating enough shares, and taking over management, "takeover artists" can gain from eliminating inefficiencies and improving results. This expands the number of potential investors who have incentives to discover such negatives and "fix" underperforming companies.

Short sellers have been portrayed as heartless opportunists, benefiting from bad outcomes. But they are no different from doctors who profit from our illnesses, or teachers who benefit from our ignorance, or locksmiths who benefit from criminal acts. Further, one's belief that future reality is more negative than others believe it to be does not change that reality. It simply conforms market beliefs more accurately to it, when short sellers are right — the only situation in which they can profit from their forecasts. Revealing mistakes is socially beneficial, and a far cry from just hoping for bad outcomes (just as parenting sometimes involves deflating children's false hopes, not to harm them, but to help them make better choices).

What is called short selling in the stock market is common in all sorts of businesses. A farmer who sells on a futures market when he plants, before he has produced his output, does the same thing. So does a homebuilder or custom tool maker producing to order. And that knowledge is hardly new. As the 1909 New York State Commission on Speculation noted, "Contracts and agreements to sell, and deliver in the future, property which one does not possess at the time of the contract, are common in all kinds of business." There is no reason why a practice commonly accepted in business, which participants must therefore view as beneficial, is somehow harmful to those participating in the stock market.

Regulatory opposition also indicates the positive consequences of allowing short selling. Regulatory agencies are supposed to prevent fraud, questionable accounting, and other management misbehavior. However, they often fail not only to prevent, but even to detect them. Short sellers who are betting their own money on being correct often uncover what regulators miss, as they did at Worldcom, Enron, Tyco, etc., showing themselves as more effective market policemen.

Regulators then object precisely because their inadequacy is revealed. In fact, their often ineffective regulatory oversight makes markets less efficient, by giving participants more confidence in stock promoters' assertions than is warranted. But they try to make short sellers into scapegoats, allowing regulators to leverage their failure into further expansion of their powers, to combat short selling's supposed evils.

Opposition to short selling also confuses correlation with causation. Selling short only lowers the price sooner than would otherwise occur. It cannot force the price down for long if the fundamental circumstances do not support it. Short sellers simply recognize negative information sooner. Their activity can begin the process of reducing market prices, but it is the negative information that causes stock prices to fall. And even when short sellers are wrong, they provide extra profit opportunities to those who expand their holdings at the temporarily low prices that result, a benefit ignored by those blinded by their exclusive devotion to "what's in it for me?"

Opposition to short selling is often no more than objecting to its effects on a particular stock the opponent currently owns. The only principle involved is that of preventing any change that might lower the price of what one owns (which is then over-generalized, as the Luddites' opposition to losing their threatened jobs to printing presses was dressed up as principled opposition to technology in general), ignoring the benefits to society from revealing more accurate information.

Short sellers are also attacked for allegedly spreading negative rumors that sometimes turn out to be false. But false positive rumors are regularly asserted by a far larger group who benefit by pumping up stock prices, from managers to brokers to financial talk show touts. But critics of short selling are only concerned about what they don't benefit from. In addition, the consequences of all forms of potential misinformation are made more problematic by the belief that regulatory agencies actually protect investors from it, when they really don't. Without that unwarranted confidence, investors who knew to be wary, or to trust only those who had earned superior reputations that they would put at risk, would be more accurately informed than they are now.

Short sellers are also criticized whenever they are wrong. But holding them to a standard of correct expectations is an impossible standard. No one has perfect foresight. People who buy stock are not always correct that it will go up thereafter. And even if they were, those who sold the stock to them would have to have been wrong in their judgment. Applying such a standard of perfection to short sellers alone is just a mechanism to attack them, not a serious idea.

Firms do not always stop their aversion to short sellers at negative attitudes. They often directly attack them. For instance, The Economist reported, "Not long before Tyco went bankrupt it was still buying full-page advertisements to campaign against short-selling." Similarly, within a month of Biovail filing suit against short sellers for expressing negative opinions about it, the SEC announced an investigation which led to a settlement involving serious fraud charges.

Perhaps most telling about the assaults on short selling is a 2004 NBER study that discussed the fact that "Firms use a variety of methods to impede short selling, including legal threats, investigations, lawsuits, and various technical actions." It revealed the high probability that firms attacking short sellers actually have something to hide, indicated by the fact that "firms taking anti-shorting actions have in the subsequent year very low abnormal returns of about -2 percent per month."

Short sellers receive widespread condemnation. But it is undeserved. They are no more self-interested than others in financial markets. They improve the information incorporated in market prices that we all rely on to improve social coordination, as we seek to make the best of a world of unavoidable scarcity. The attacks against them are poorly thought out, and often come from those whose real abuses or regulatory failings short sellers threaten to uncover. It is time we stop selling short the short sellers.