GET NEWS AND ARTICLES IN YOUR INBOXPrint
A
A
Home | Mises Library | Does Capitalism Need Adjustment? 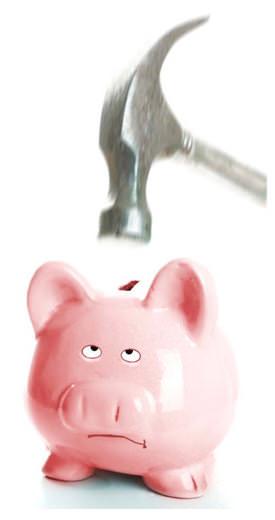 One of the worst things that has happened during this economic crisis is that capitalism itself has been attacked without mercy — even by some who generally support the free market. Calls for more regulations, more bailouts, more Fed action, more stimulus packages, more recovery programs, and more government intervention in general can be heard from every quarter.

Not that capitalism hasn't always had its share of critics — even among those who usually espouse some degree of it, like evangelicals. In his recent book, How to Be Evangelical without Being Conservative (Zondervan, 2008), Roger Olson advocates "a highly graduated income tax combined with redistribution of wealth to the poor through education, job training, direct aid to children, subsidized day care for children of poor working mothers and fathers, and other forms of welfare." He rejects Robert Nozick's belief in "small government that interferes as little as possible in the economy" for John Rawls's "limited but active government."1

Olson recognizes that "one might argue that Rawls's principles would also require guaranteed work with a living wage for everyone and universal entitlement to health care." But it should not scare us that "these social policies are often labeled 'socialism' by conservatives." Socialism, according to Olson, is "just a word." In fact, these policies are not socialistic at all; they are "simply adjustments to capitalism to ameliorate its tendency to widen the gap between the rich and the poor.2

But rather than an adjustment, what capitalism needs is a vigorous defense. This is true now more than at any other time since the Great Depression because all the Depression-era economic fallacies are being resurrected to try to combat the current crisis.

Fortunately, I do not need to write a defense of capitalism: that has already been done — twice —and by men more qualified than I. These defenses of capitalism are not only vigorous; they are uncompromising, up to date, understandable, and eminently readable. And neither one is a textbook on economics.

The first book is The Politically Incorrect Guide to Capitalism by Robert P. Murphy, an adjunct scholar of the Mises Institute and frequent contributor to this website.

Murphy wastes no time in his introductory chapter. Not only does government intervention in the market trample on "freedom and individual rights," it "often hurts the very people it presumes to help." It is "precisely backward" that capitalism exploits the poor for the benefit of the rich. The problem with most modern critics of capitalism is that they "fear freedom — they fear the results of allowing people to decide their own economic affairs and letting the unregulated market run its course." Capitalism's critics "think regulators and bureaucrats know better than private citizens making their own voluntary arrangements."

In his defense of capitalism, Murphy discusses every conceivable topic: supply and demand, price controls, profits, taxes, labor laws, antidiscrimination laws, environmental issues, workplace safety, money, banking, monopolies, trade, trade deficits, outsourcing, depressions, business cycles, and interest. Along the way he defends robber barons, middlemen, speculators, CEOs, Big Oil, and other "capitalist pigs," while skewering unions, environmentalists, and government bureaucrats, programs, businesses, deficits, and market interventions. After the introduction, each myth-exploding chapter can be read independently. An added bonus is the procapitalist books we are "not supposed to read" that are mentioned throughout each chapter. No anticapitalist myth is too sacrosanct for his sharp and witty pen.

For a more detailed look at The Politically Incorrect Guide to Capitalism, see David Gordon's review in the Mises Review. Murphy's own introduction to his book can be read here.

The second book is How Capitalism Saved America: The Untold History of Our Country, from the Pilgrims to the Present by Thomas J. DiLorenzo, one of the senior faculty of the Mises Institute and also a frequent contributor to this website.

DiLorenzo takes a historical approach but begins with two crucial introductory chapters on the nature of capitalism and the perpetrators of anticapitalism. DiLorenzo takes us through American history — from the Pilgrims to the 2001–2002 California energy crisis — and shows "how, from the very beginning, capitalism has been vital to America's growth, and how excessive government interference in the economy has only exacerbated economic problems and stifled growth." Although the book is written chronologically, the chapters of How Capitalism Saved America (after the introductory chapters) can, like Robert Murphy's book, be read independently.

DiLorenzo dismisses as Marxist propaganda the idea that capitalism is "a zero-sum game in which 'somebody wins, somebody loses.'" Instead, "Capitalism succeeds precisely because free exchange is mutually advantageous." And not only does it succeed, it is "the source of civilizations and human progress." Capitalism has "brought to the masses products and services that were once considered luxuries available only to the rich." Capitalism is not only "the best-known source of upward economic mobility," it "actually reduces income inequalities within a nation." In short, capitalism alleviates poverty, raises living standards, expands economic opportunity, and enables scores of millions to live longer, healthier, and more peaceful lives.

Why then is capitalism blamed for causing monopolies, harming consumers, endangering workers, damaging the environment, causing instability, exploiting the Third World, breeding discrimination, and causing war? DiLorenzo believes that because there is "a widespread misunderstanding of what capitalism is, our leaders — and also much of the general public — incorrectly blame capitalism for any economic problems we face."

This anticapitalism bias is so pervasive — in the entertainment industry, universities, private foundations, the media, and among government regulators and agencies, environmentalists, ministers — that "most businesspeople are not even capitalists." DiLorenzo indicts large corporations, not because they are large or because they are corporations but because "many corporations support interventionist or anticapitalist policies like trade protectionism or corporate welfare because they hope to benefit from the policies at everyone else's expense."3

For a more detailed look at How Capitalism Saved America see David Gordon's review in the Mises Review and my own review from the Quarterly Journal of Austrian Economics.

Together, these two books on capitalism are a double-barreled shotgun pointed in the face of socialism, mercantilism, protectionism, interventionism, anticapitalist myths, and every bogus idea that has passed for capitalism since Karl Marx invented the term. Both books are sorely needed to counteract the numerous myths, distortions, and falsehoods about capitalism that appear daily in newspapers and magazines and come out of the mouths of government officials, political commentators, preachers in pulpits, and teachers in classrooms.

Although there are other important books on this subject — see the works of Mises and Rothbard, and George Reisman's massive Capitalism: A Treatise on Economics — these two books by Murphy and DiLorenzo are the most accessible for the general reader. They should be distributed far and wide — whatever direction the economy takes in the future.

The recent attacks on capitalism are not only wrong, they are misdirected. One of the greatest myths about capitalism is that the US economy is a capitalistic one. As George Reisman has well said, "Laissez-faire capitalism is a politico-economic system based on private ownership of the means of production and in which the powers of the state are limited to the protection of the individual's rights against the initiation of physical force." The US economy (now a "mixed economy") began its permanent decline from real capitalism with the establishment of the Interstate Commerce Commission in 1887.The Progressive Era reforms, the Square Deal, the New Deal, and a myriad of government restrictions and regulations have further severed the US economy from real capitalism.

Capitalism needs no adjustment. It needs to be understood and put into practice. Not only is capitalism never the cause of a financial crisis, it is always the cure. Government intervention is never ever under any circumstances the solution to any problem, large or small, economic or otherwise. When will men ever learn that more government is not only never the solution, it is usually part of the problem?

Real capitalism — that is, capitalism based on secure private-property rights, sound money, the division of labor, social cooperation, freedom of contract, freedom of association, voluntary exchange, and the absence of government control, oversight, and regulation — is the answer to the current economic crisis.