The Definition of Various Monetary Aggregates 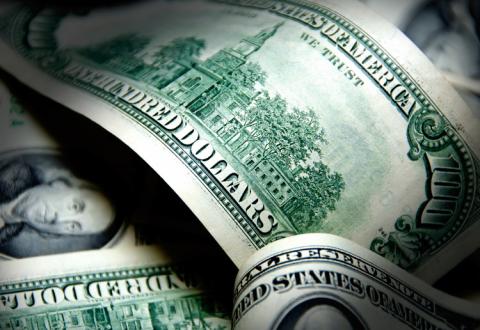 One of the most important concepts in economic theory is the quantity of money. However, when going from theory to practical application, things get messy. In the real world, it’s not obvious how to count up the amount of “money” in the economy at any given time.

Because of this ambiguity, economists have developed several different “monetary aggregates,” i.e., different definitions that include and exclude various components that are more or less related to our intuitive notion of what “money” is. In the present article I’ll outline the major aggregates and then relate them to the “Austrian Money Supply” definition devised by Murray Rothbard and Joe Salerno.

The Theoretical Definition of Money

Austrian economists generally follow Mises in defining money as a “generally accepted medium of exchange.” Mises felt that this was the essence of money, and that its other “functions” (as described in mainstream textbooks) flowed naturally from this.

To use the somewhat old-fashioned terminology that money is a “medium of exchange” means that the money commodity is the one through which the ultimate exchange is effected. For example, if I sell an economics lecture for $20 (you get what you pay for), and then use the $20 to take my son to the movies, then ultimately I traded my lecture for the movie tickets. The $20 bill was a medium through which the exchange occurred, in the same way that air is a medium through which sound waves travel. (For more on the Austrian approach to money, see this article.)

Money is the commodity or good that everybody in the community is willing to accept in trade. Historically it was often the precious metals gold and silver, but in today’s United States the money is clearly Federal Reserve Notes, i.e., little green pieces of paper featuring pictures of the presidents. (Most Austrian economists are not happy about this fact, but it is a fact for the time being.) Coins such as quarters, dimes, and nickels are also clearly “money” if anything is.

For sure, then, the green $20 bill in one’s wallet or purse, as well as any change in one’s pockets, must be a part of any sensible definition of “money.” And in fact, currency in the form of paper Federal Reserve Notes as well as coins constitute M0,1 the narrowest monetary aggregate. (Note that the currency can be either in the hands of the general public, or in bank vaults.)

In our current system, there is something that is treated as practically equivalent to paper currency, and that is commercial banks’ reserves held on deposit with the Fed. To understand this, first some context: Commercial banks are required to set aside reserves to “back up” a fraction of their customers’ checking account balances. For example, if a particular commercial bank’s customers have a total of $1 billion in their checking accounts, then the bank might be required to keep (say) $100 million in reserves.

Obviously, if the bank keeps $100 million in paper currency in its own vault, that’s fine. But it can also keep a portion of its legally required reserves on deposit with the Federal Reserve. The bank might only have, say, $30 million in green pieces of paper in the vault on its premises, but it might also have a “checking account” as it were with the Federal Reserve, with a balance of $70 million. Thus the bank’s total reserves would still be $100 million.

Because of these considerations, the monetary base consists of currency (held by the general public as well as stored in bank vaults) and commercial bank reserves on deposit with the Federal Reserve. This amount of money is the “base” upon which the larger monetary aggregates are pyramided. For the purposes of creating more money (which we will explain in the next section), there is no distinction between currency and electronic reserves on the Fed’s books. That’s why M0 isn’t the monetary base; M0 doesn’t include electronic reserves, which can support the broader monetary aggregates just as well as actual paper currency can.

When going from the monetary base to M1, we need to be careful, because we don’t merely add another component, but we also subtract two. Specifically, M1 consists of Federal Reserve notes and coins held by the general public (but not in bank vaults), plus demand deposits and other checkable deposits (e.g., NOW accounts), plus traveler’s checks issued by non-bank institutions. That means M1 does not include commercial bank reserves, whether they consist in notes and coins in the vault, or as electronic entries on the Fed’s books.

The intuition behind this classification is that M1 measures the amount of money and “very close money substitutes” held by the general public. A money substitute, as the name suggests, is a claim on actual money that everyone in the market expects to be honored at par.

Money on deposit in a standard checking account is an obvious example of a money substitute. To have $100 in a checking account with a reputable (and nowadays, FDIC-insured) commercial bank is not literally the same thing as having a green $100 bill in one’s hands, but for most purposes they are economically equivalent. (That’s why M0 includes just the actual currency and coins, while the broader M1 adds demand deposits and other checkable accounts.)

Incidentally, the reason M1 excludes notes and coins in bank vaults, is to avoid double-counting. Under a 100%-reserve system, where a person who put $100 in his checking account would have that $100 bill sitting in the vault with his name on it, the existence of checking accounts would simply be a matter of convenience. Rather than walking around with the actual cash on their persons, people would carry much lighter checkbooks or debit cards, while the bank was a warehouse for their actual money. In that scenario, it would clearly be wrong to count the checkbook balances and the cash in the vault as independent components of the quantity of money.

In reality, our banking system is one of fractional reserves. That means when the public deposits some of its physical currency into commercial bank vaults, the banks in turn lend some of it out again. When all is said and done, the public’s total checkbook balances are higher than the total amount of physical currency in the bank vaults. That is why M1 counts the outstanding demand deposits; it takes the bigger of the two, and includes that portion of demand and other checkable deposits that isn’t “backed up” by cash in the vault.

Incidentally, this relationship explains why “the money supply” fell by a third from 1929 to 1933. It wasn’t that the Federal Reserve started burning actual currency. Rather, a series of bank runs and bank failures led the public to withdraw a large portion of its deposits from commercial banks during these awful years. Because commercial banks were legally obligated to maintain a certain reserve to support or “back up” a larger amount of checking deposits, the banks had to restrict their outstanding loans when customers wanted to take their money out.

For a simple numerical example, suppose the legal reserve ratio is 10 percent, and initially the public has $1 billion in checking deposits with commercial banks. The banks therefore have $100 million in paper cash in their vaults. Now if some of the customers get nervous and withdraw $20 million from their checking accounts, the banks’ outstanding checking deposits will have dropped to $980 million, but their cash reserves will have dropped to $80 million. That means in order to restore the 10% reserve ratio, the banks will need to call in $180 million of their loan portfolio (if they can’t get more deposits), because the $80 million left in the vaults can only support $800 million in outstanding checking balances.

Notice in the example above—assuming those listed numbers represent all the money in the economy—M0 is constant at $100 million. But M1 starts at $1 billion and drops to $820 million.2 The public’s decision to withdraw $20 million in cash out of the commercial banking system led to the “destruction” of $180 million of money from the economy. (For more on fractional reserve banking, see this article.)

The broader monetary aggregates—M2, M3, MZM, etc.—simply widen the definition, each adding more and more items that are less and less obviously money. (For a convenient table summarizing the classification, see the Wikipedia entry.)

The purpose of the present article isn’t to lay out all the definitions, but rather to explain why there are different aggregates in the first place. The reason, to repeat, is that some things (such as a checking account balance) are not actually money in the narrow sense, but they are close to it because of the ease with which they can be converted into money in the narrow sense.

Liquidity Is Not the Same as Money-ness

We should clarify one potential source of confusion: For something to be a money substitute, it is not enough to be very liquid. Very example, a block of shares of stock in a major corporation is very liquid, meaning that the owner could exchange it for actual money in a fairly short time. However, shares of corporate stock are not money by any stretch; they don’t appear in any of the standard monetary aggregates.

In contrast, someone who has $100 on deposit in her checking account, has property that is denominated in dollars. The ownership is of legal claims to $100 in currency. Such claims are also very liquid—the person can swing by the bank during business hours, or an ATM anytime—but the crucial point is that they will be redeemed at par (absent a bank failure).

There is no need for me to explain this rival concept, because Joe Salerno has done an excellent job contrasting it with the standard definitions here. The basic problem is that some of the components in various mainstream aggregates (such as Money Market Mutual Funds) don’t really satisfy the requirements of a money substitute, and so these components do not belong in the “True Money Supply.” On the other hand, Salerno includes some things (such as Treasury deposits with the Fed) that the conventional aggregates inexplicably exclude. (Here is a chart comparing the Austrian Money Supply with other aggregates.)

The supply or quantity of money in an economy is an important theoretical concept. Yet when trying to apply theory to the actual world, things get messy. The various monetary aggregates become wider as they include components that are less and less substitutable for actual money.

Depending on the application, one aggregate may be preferable to another. The Austrian Money Supply is the aggregate that most consistently reflects the defining characteristics of money.