In Defense of Deflation 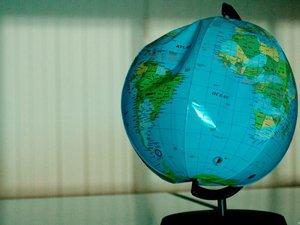 Mises Institute: What prompted you to write In Defense of Deflation?

Philipp Bagus: One reason is that there was simply no complete treatment of deflation. The other reason is that the fear of deflation has brought disastrous consequences for our economies. This is so because the alleged threat of deflation is used to justify the production of new money. Central bankers argue today that if they do not engage in quantitative easing and other unconventional policies, our economies will slide into a recession and a price deflation. And, implicitly, price deflation is portrayed as something horrible. It is so widely regarded as horrible, in fact, that anti-deflationists do not even think it necessary to prove their claims and analyze the phenomenon systematically. Therefore, I thought it useful to analyze deflation.

MI: You note in your book that deflation is a neglected topic in economics textbooks. Why do you think this is, and what is the most misunderstood aspect of deflation?

PB: One reason is that we have lived after World War II in a world of continuous price inflation. Therefore, textbooks dedicate much time to price inflation but not to price deflation. Deflation simply hasn’t been a common experience in recent decades. And again, there remains the prevailing idea that deflation is self-evidently bad.

The most misunderstood aspect of deflation is probably that price deflation is not a general economic problem. Falling prices merely lead to redistribution. Sellers lose and buyers win.

It is also true that debtors lose in a price deflation. But the purchasing power that debtors lose, creditors win. And if a company goes bankrupt due to its nominal fixed debt, the creditor takes over the assets and may continue production, if the business is in principle viable and only went down due to its debt. This change in ownership does not disturb the productive potential of the economy (i.e., factories and machines do not disappear). Thus, price deflation is no general economic problem, but it leads to a redistribution.

MI: What are the policy implications of this? How does this mixture of winners and losers cause so much fear of deflation among policymakers?

PB: The policy implication is that one should not listen to people who argue that you need inflationary monetary policy to prevent price deflation at all costs because deflation is the end of the world.

Inflation will itself cause a redistribution in favor of the first receivers of the new money, it will distort relative prices, benefit debtors, prop up malinvestments, and potentially finance even new distortions and bubbles. It is completely understandable that those who benefit from inflation are spreading myths about the evils of deflation.

Who benefits from continued inflation? Well, the political and business elites. The biggest debtor in our economies is the state. Also many business elites are highly indebted. They would lose out in a scenario with price deflation. Therefore, they portray it as a general problem, even though credits would benefit from deflation. And as a policy remedy, the anti-deflationists argue in favor of the production of new money of which they, the government, the financial industry, and other business elites, will be the first recipients. In other words, these elites benefit from the creation of new money — which they can spend before prices adjust upward — at the expense of those who only receive the money after price inflation has already occurred.

MI: So why do so many economists blame deflation for the depressions of the past?

PB: Many economists are empiricists. So they look at history and come up with conclusions. They see that during the Great Depression a very strong economic downturn was accompanied by deflation. Then they think that it was the deflation that caused the downturn or made it stronger.

Keynesians also think that a recession occurs due to a collapse in aggregate demand. They do not understand that people produce in order to demand. So there can be no general overproduction. If not everything produced is demanded, the structure of supply must be adapted to the demand. And here price deflation or monetary deflation may speed up the readjustment of the structure of production by liquidating malinvestment and shifting resources faster into projects that produce goods and services which consumers demand more urgently.

MI: Can we point to deflationary periods where there was an increase in the standard of living?

PB: Of course. During the nineteenth century in many countries we observed falling prices caused by strong economic growth. In the book, I analyze in detail the United States from 1865 to 1896. During this period the US experienced thirty years of falling prices and a strong increase in the standard of living at the same time. In fact, the natural result of economic growth is that prices tend to fall and the population enjoys the increase in production in form of lower prices. Something we observe today in the technology sector.

MI: In your book, you quote influential economist Brad DeLong who observed that declines in prices once seemed to be extremely unlikely. But now it seems more likely. Why do you think that is? In other words, why are inflation numbers nowadays coming in so far below those 2 percent targets set by central banks?

PB: There has been a deleveraging by the financial sector. The credit contraction exerts a downward pressure on prices. But there is also economic growth, not only in developing countries but also in Western economies where entrepreneurs after the crisis adapted the structure of production.

Philipp Bagus is professor at Universidad Rey Juan Carlos. He is a Fellow of the...

This three-lecture course presents a coherent Austrian economics approach to money and banking.

Bagus explains that the Euro is not what the older classical liberals had hoped for, but instead is a politically...