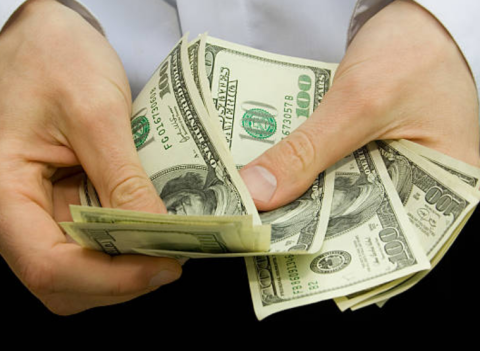 [Excerpted from Defending the Undefendable]

The miser has never recovered from Charles Dickens's attack on him in A Christmas Carol. Although the miser had been sternly criticized before Dickens, the depiction of Ebenezer Scrooge has become definitive and has passed into the folklore of our time. Indeed, the attitude pervades even in freshman economics textbooks. There the miser is roundly condemned and blamed for unemployment, changes in the business cycle, and economic depressions and recessions.

In the famous — or rather infamous — "paradox of savings," young students of economics are taught that, although saving may be sensible for an individual or a family, it may be folly for the economy as a whole. The prevalent Keynesian doctrine holds that the more saving in an economy, the less spending for consumption, and the less spending, the fewer jobs.

It is time that an end be put to all these misconceptions. Many and various benefits are derived from saving. Ever since the first caveman saved seed corn for future planting, the human race has owed a debt of gratitude to the hoarders, misers, and savers. It is to those people who refused to use up at once their entire store of wealth and chose rather to save it for a needy time that we owe the capital equipment that enables us to aspire to a civilized standard of living.

It is true, of course, that such people became richer than their fellows, and perhaps thereby earned their enmity. Perhaps the whole process of saving and accumulating was cast into disrepute along with the saver. But the enmity is not deserved. For the wages earned by the masses are intimately dependent upon the rate at which the saver can accumulate money.

There are, for example, many reasons contributing to the fact that the American worker earns more than, say, his Bolivian counterpart. The American worker's education, health, and motivation play important roles. But a major contribution to the wage differential is the greater amount of capital stored up by American employers than by Bolivians. And this is not an exceptional case. The saver has been instrumental throughout history in lifting the pack above the level of the savage.

Perhaps it will be objected that there is a difference between saving (acknowledged to be productive in the process of capital accumulation) and hoarding (withholding money from consumption spending), and that while the saver channels his money into capital goods industries where it can do some good, hoarded money is completely barren. The hoarder, it will be claimed, reduces the money received by retailers, forcing them to fire employees and reduce orders from jobbers. Jobbers in turn are forced to reduce their staff and to cut back on orders from wholesalers. The whole process, under the influence of hoarders, will be repeated throughout the entire structure of production. As employees are fired, they will have less to spend on consumption goods, thus compounding the process. Hoarding is thus seen as completely sterile and destructive.

The argument is plausible except for a crucial point that this Keynesian-inspired argument fails to take into account — the possibility of changes in prices. Before a retailer begins to lay off employees and cut back on orders because of unsold goods, he will usually try lowering his prices. He will hold a sale or use some other technique that will be equivalent to a decrease in price. Unless his troubles are due to the unsalability of his wares, this will suffice to end the vicious circle of unemployment and depression.

Consider a simplistic but not wholly inaccurate model in which all the dollars in the economy are bid against all its goods and services. Thus the fewer the dollars, the greater the purchasing power of each. Since hoarding can be defined as reducing the amount of money in circulation, and other things equal, less money means lower prices, it can readily be seen that hoarding leads to lower prices.

There is no harm in lowering the level of prices. Quite the contrary: one of the great benefits is that all other people, the nonmisers, benefit from cheaper goods and services.

Nor will lower prices cause depressions. Indeed, the course of the prices of some of our most successful machinery has followed a strong downward curve. When cars, televisions, and computers were first produced, they were priced far beyond the reach of the average consumer. But technical efficiency succeeded in lowering prices until they were within the reach of the mass of consumers. Needless to say, neither a depression nor recession was caused by these falling prices. In fact, the only businessmen who suffer in the face of such a trend are those who follow the Keynesian analysis and do not lower their prices in the face of falling demand.

But far from causing an ever-widening depression, as the Keynesians contend, such businessmen only succeed in driving themselves into bankruptcy. For the rest, business continues as satisfactorily as before, but with a lower price level. The cause of depressions, therefore, exists elsewhere.1

There is likewise no substance in the objection to hoarding on the ground that it is disruptive, and continually forces the economy to adjust. Even if true, it would not constitute an indictment of hoarding, for the free market is preeminently an institution of adjustment and reconciliation of divergent and ever-changing tastes. To criticize hoarding on this ground, one would also have to criticize changing clothing styles, for they continually call on the market for "fine tuning" adjustment.

Hoarding is not even a very disruptive process, because for every miser stuffing money into his mattress, there are numerous misers' heirs ferreting it out. This has always been the case, and it is not likely to change drastically.

Claims that the miser's hoard of cash is sterile because it does not draw interest as it would if it were banked are also without merit. Could the money held by individuals in their wallets be characterized as sterile since it does not draw interest either? If people voluntarily forbear to earn interest on their money and instead hold it in cash balances, the money may appear useless from our point of view, but it undoubtedly is not useless from theirs.

The miser may want his money not for later spending, not to bridge the gap between expenditures and payments, but rather for the pure joy of holding cash balances. How can the economist, educated in the utility maximization tradition, characterize joy as sterile? Art lovers who hoard rare paintings and sculpture are not characterized as engaging in a sterile enterprise. People who own dogs and cats, solely for the purpose of enjoyment and not investment, are not described as engaging in sterile activity. Tastes differ among people, and what is sterile for one person may be far from sterile for another.

The miser's hoarding of large cash balances can only be considered heroic. We benefit from lowered price levels, which result from it. The money that we have and are willing to spend becomes more valuable, enabling the purchaser to buy more with the same amount of money. Far from being harmful to society, the miser is a benefactor, increasing our buying power each time he engages in hoarding.