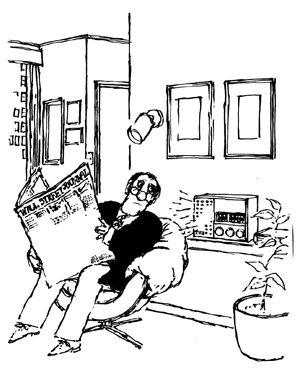 [Excerpted from Defending the Undefendable. An MP3 audio file of this article, read by Jeff Riggenbach, is available for download.]

The taxi business in the United States usually works to the detriment of the poor and minority groups in two ways — as consumers and as producers. As consumers, their plight is well demonstrated by ethnic "taxicab jokes," and by the subterfuge and embarrassment blacks undergo in order to get a cab, which they are frequently unable to do.

The reasons are not difficult to fathom. Taxi rates are set by law and are invariant, regardless of the destination of the trip. However, some destinations are more dangerous than others, and drivers are reluctant to service these areas, which are usually the home neighborhoods of the poor and the minorities. So when given a choice, cab drivers are likely to select customers on the basis of their economic status or skin color.

It is important to realize that given the differential crime rates, it is solely government control of taxi rates that engenders this situation. In the absence of such controls, rates to unsafe areas could be set so as to compensate cab drivers for the greater risks involved.

If this were done, blacks would have to pay more than whites for a cab, if not in the form of higher payments on the meter, perhaps in the form of older or lower quality cabs. But at least they would be able to secure the services of a taxi if they so desired. Under the present system, they do not even have the choice.

The inability to obtain a cab is not a small inconvenience to the poor black consumer, although many of the white middle class might think otherwise. Public transportation (bus, trolley, and train) plans and routes were designed and constructed 50 to 75 years ago. In those years transportation lines were usually owned by private concerns that were dependent on their customers for their profits and success. They were designed specifically to meet customer needs. In many cases, these transport lines are unsuitable for the needs of the present-day community.

Transit lines today are publicly owned and, therefore, lack the incentive to tailor them to the needs of the customer. If customers refuse to patronize a transit corridor, and that corridor becomes unprofitable, the public authority simply makes up the difference out of general tax revenues.

Consequently, city dwellers must choose between a fast ride home by taxi, and a long, indirect, and halting ride via public transit. This is especially true for the poor and minority groups who lack the political power to influence public transit authorities or decisions concerning the construction of new lines.

Restricted access to cabs in areas where public transportation is inadequate is often more than inconvenient. When health is involved, for example, the cab is an excellent and cheap substitute for an ambulance. But in poor neighborhoods, which are inadequately served by public transportation and whose residents cannot afford private cars, it is usually difficult to find a taxi.

Under the present system, the poor also suffer as producers. In New York City, for example, the government requires all cabs to be licensed. The licenses — medallions — are strictly limited in number — so much so, that they have been sold for as much as $30,000. The price varies, depending on whether the medallion is for an individual cab or part of a fleet. This effectively bars the poor from entering the field as owners. What would have happened to the Horatio Alger hero if he had needed $30,000 before he could enter the shoe shining or newspaper delivery business?

"In poor neighborhoods, which are inadequately served by public transportation and whose residents cannot afford private cars, it is usually difficult to find a taxi."

Some years ago, in response to the limitations placed upon them both as consumers and as producers, the poor and minority group members began to enter the taxi industry in a time honored American tradition dating back to the Revolutionary War of 1776 — disobedience of the law. They simply had their used cars outfitted with meters, special lights and signs, and declared them to be cabs.

In these "gypsy" cabs, they cruised the streets of the ghetto areas that were shunned by medallioned taxi drivers, and began to earn an honest, albeit illegal, living. Their initial success in avoiding punishment under the existing laws was probably due to two factors: police fear of "unrest" in the ghetto if these cabs were harassed, and the fact that the gypsies worked only within the ghetto, and, therefore, did not take business from the medallioned cabs.

These idyllic times, however, were not to last. Gypsy cab drivers, perhaps emboldened by their success in the ghetto, began to venture outside. If the medallioned taxi drivers had looked upon the gypsies with suspicion before, they now exhibited outright hostility toward them.

And with good reason. At this time, the taxi lobby in New York succeeded in pressuring the City Council to enact a bill allowing an increase in taxi fares. Patronage dropped precipitously and the immediate effect was a sharp decrease in the income of medallioned taxi drivers. It became obvious that many of their former riders were using gypsy cabs.

At this juncture irate medallioned taxi drivers began to attack and burn gypsy cabs, and they retaliated in kind. After a few violent weeks, a compromise was reached. Yellow, the traditional color of taxicabs, was to be reserved for medallioned cabs. The gypsies would have to use another color. A tentative plan for licensing gypsy cabs was also discussed.

What of the future of the taxi industry in New York City? If the dominant "liberal consensus" politics holds sway, as it usually does in questions of this kind, some compromise with the gypsies will be reached and they will be brought under the rule of the taxi commission. Perhaps they will be granted a restricted license, out of deference to the yellow cabs. If so, the system will remain the same as it is at present — a situation that resembles a gang of robbers allowing a few new members to join.

But the robbery will not be halted, nor the victims substantially helped. Suppose, according to one plan, 5,000 new licenses are created. This may help in a minor way in that there will be extra cabs potentially available for blacks. Thus, although blacks will still be second-class citizens, they may have a slightly easier time finding a cab.

But, paradoxically, this concession to the greater need for cabs will stifle future demands for improvements. It will enable the taxi commission to pose as the liberal and bountiful grantor of taxi medallions based on its act of "generosity" in licensing gypsy cabs (even though it has not granted a single extra medallion since 1939).

"New York City taxicab licenses are strictly limited in number — so much so, that they have been sold for as much as $30,000. This effectively bars the poor from entering the field as owners."

As producers and entrepreneurs, the position of the poor may improve somewhat, for an additional 5,000 licenses may result in a decreased purchase price of a medallion. However, there is a possibility that the purchase price will rise after the extra 5,000 licenses are granted. For the great uncertainty presently keeping down the value of a medallion may well end. If it does, the value of medallions will remain high, and the position of the poor will not have improved at all.

No! A proper solution to the taxicab crisis is not to co-opt the movement of gypsy cab drivers by the offer to take them into the system, but rather to destroy the system of restrictive cab licenses.

In terms of the everyday workings of the market, it would mean that any qualified driver with a valid chauffeur's license could use any vehicle that has passed the certification examination to pick up and deliver fares to any street of their mutual choosing, for any mutually agreeable price.

The market for taxicabs in New York City would thus work in much the same way that rickshaws work in Hong Kong. Or, to take a less exotic example, the taxicab market would work in much the way that the babysitter market operates — completely dependent upon mutual agreement and consent between the contracting parties.

The taxi problems encountered by the poor and minority group members would be quickly resolved. Residents in high crime areas could then offer the cab drivers a premium. Though it is deplorable that they will be forced to pay this premium, they would no longer be second-class citizens insofar as obtaining a cab was concerned.

The only real and lasting solution to this problem, however, is a reduction in the high crime rate in ghetto, which would be responsible for the extra charges. For the present, however, the people living in these areas must not be prohibited from taking the necessary steps to obtain adequate cab service.

Poor people would benefit as producers, as they set up their own businesses. They would, of course, have to assume ownership of a car, but the artificial and insurmountable $30,000 barrier would be removed.

There are, however, objections that will be raised to a free market in taxicabs: