GET NEWS AND ARTICLES IN YOUR INBOXPrint
A
A
Home | Mises Library | Cost-Push Inflation? 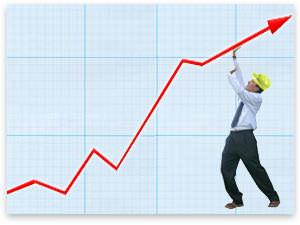 Within the last few months there has broken out in several places the theory that we are now confronted with a "new" kind of inflation. As described by Robert C. Tyson, chairman of the finance committee of US Steel,

Our new kind of inflation appears to be cost inflation pushing prices up, rather than price inflation pulling up costs through competition bidding for materials and manpower. We might think of it as a new cost-push type as distinguished from the conventional demand-pull type of inflation.

Going even farther, a recent study of the National Industrial Conference Board declares,

Although money supply has been checkreined by Federal Reserve policy, business is still on the uptrend. … Since prices have continued to rise, the clear lesson of 1956 is that money and its rate of use are not the sole determinants of price. … Today, the critical question is: How adequate are monetary controls for coping with price pressures that arise from nonmonetary forces.

Now these theories seem to me to mix truth with error. The Conference Board attempts to prove its case statistically. But, as the US Bureau of Labor Statistics pointed out on May 13 in a study of productivity, costs, and prices,

where the figures indicate that prices and unit labor costs showed about the same increase, or that one or the other showed a greater increase during a particular year or period of years, this should be taken as a description of what happened and not necessarily as an explanation of what "caused" the change. An increase in unit labor costs may lead to an increase in price, but conversely an increase in price can result in strong pressure for increases in wages. … The answer to the question of whether the wage increases cause the price increase or vice versa cannot be determined from the figures alone.

The BLS report goes on to declare,

Average hourly compensation [of workers] in current dollars increased much more than productivity during the postwar period [1947–56]. The former increased by about 61 percent, the latter by 26 percent, leading to an increase in employee compensation per dollar of real product of about 28 percent.

This sounds ominous, but only because it is confusingly stated. Four paragraphs farther down, the report declares, "The increase of about 28 percent in employee compensation per dollar of real product was almost identical with the increase in price between 1947 and 1956."

The Conference Board tries to prove that the increase in the money supply cannot be the cause of the price rise in the last two years, because the money supply has not gone up in this period. But this overlooks longer comparisons and mistakenly assumes that changes in money supply must reflect themselves exactly proportionately in prices with neither time lag nor anticipations.

Expansion of the money supply is both the necessary and the sufficient cause of inflation. Without such expansion, an excessive increase in wage rates would lead merely to unemployment.

I regret having to criticize what are otherwise two excellent and informative statistical reports. And insofar as they describe political pressures, the "cost-push" theorists are right: Our politicians put irresponsible and irresistible power in the hands of union leaders, and then plead with them not to use it. They remove the natural economic penalties for recklessness, and then beg for restraint. If the Federal Reserve seriously tried to hold the line on money and credit, while the union leaders kept pushing up wage rates, it is the Federal Reserve, not the unions, that the politicians would blame for the consequent unemployment and recession.

As long as the political climate remains this unhealthy, a halt to inflation is impossible. But with understanding and courage, inflation could be halted overnight.

This article originally appeared as "Cost-Push Inflation?" in Newsweek July 22, 1957.