The Continuing Demonization of Cash 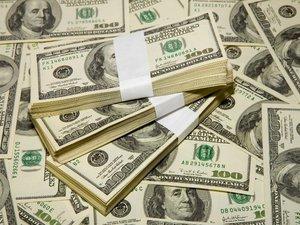 The insidious nature of the war on cash derives not just from the hurdles governments place in the way of those who use cash, but also from the aura of suspicion that has begun to pervade private cash transactions. In a normal market economy, businesses would welcome taking cash. After all, what business would willingly turn down customers? But in the war on cash that has developed in the thirty years since money laundering was declared a federal crime, businesses have had to walk a fine line between serving customers and serving the government. And since only one of those two parties has the power to shut down a business and throw business owners and employees into prison, guess whose wishes the business owner is going to follow more often?

The assumption on the part of government today is that possession of large amounts of cash is indicative of involvement in illegal activity. If you’re traveling with thousands of dollars in cash and get pulled over by the police, don’t be surprised when your money gets seized as “suspicious.” And if you want your money back, prepare to get into a long, drawn-out court case requiring you to prove that you came by that money legitimately, just because the courts have decided that carrying or using large amounts of cash is reasonable suspicion that you are engaging in illegal activity. Because of that risk of confiscation, businesses want to have less and less to do with cash, as even their legitimately-earned cash is subject to seizure by the government.

Restrictions on the use of cash are just some of the many laws that pervert the actions of a market economy. Rather than serving consumers, businesses are forced to serve the government first and consumers last. Businesses act as unpaid tax agents, collecting sales taxes for state governments and paying excise taxes to the federal government, the costs of which they pass on to their customers. Businesses act as enforcers of vice laws, refusing tobacco sales to those under eighteen or alcohol to those under twenty-one. Financial institutions, which includes coin dealers, jewelers, and casinos, are required to report cash transactions above $10,000 as well as any activity the government might deem “suspicious.” Cash becomes such a hassle that it is almost radioactive, and many businesses would rather not deal with the burden. Using cash to buy a house is becoming impossible and it is probably only a matter of time before purchasing a car with cash will become incredibly difficult also.

Centuries-old legal protections have been turned on their head in the war on cash. Guilt is assumed, while the victims of the government’s depredations have to prove their innocence. Governments having far more time and money to devote to asset forfeiture cases than the citizenry, most victims of cash seizures decide to capitulate rather than attempt a Pyrrhic victory. Those fortunate enough to keep their cash away from the prying hands of government officials find it increasingly difficult to use for both business and personal purposes, as wads of cash always arouse suspicion of drug dealing or other black market activity. And so cash continues to be marginalized and pushed to the fringes. Stemming the anti-cash tide will require a societal attitudinal adjustment that views cash not as something associated with crime, but as a bastion of consumer freedom and a bulwark against overzealous governments.