GET NEWS AND ARTICLES IN YOUR INBOXPrint
A
A
Home | Mises Library | Consumer Sovereignty: What Mises Meant 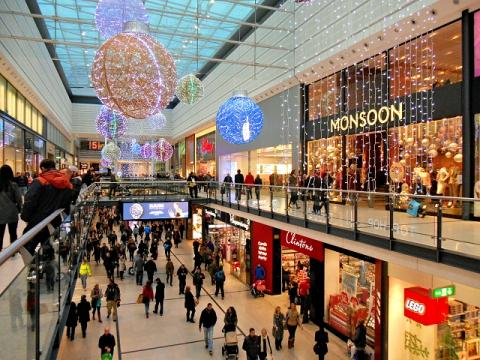 The modern Austrian School of economics, as descended from the authoritative work of Ludwig von Mises, stresses the primacy of consumer preferences in the determination of precisely which kinds of goods will be produced with society's scarce resources. Mises himself adopted the term (popularized by W.H. Hutt) "consumer sovereignty" to describe this state of affairs. Subsequent Austrians, in particular Murray Rothbard, disdained the term, both because of its technical inaccuracy and its unfortunate political connotations. In this article I will focus on Mises's position.

In both his technical and popular writings, Mises stressed his view of the relationship between consumers and producers in a market economy. In contrast to the typical view, which considers the bourgeoisie class as the ruler of everyone else, Mises claims precisely the opposite:

The capitalists, the enterprisers, and the farmers are instrumental in the conduct of economic affairs. They are at the helm and steer the ship. But they are not free to shape its course. They are not supreme, they are steersmen only, bound to obey unconditionally the captain's orders. The captain is the consumer. (Bureaucracy, "Profit Management," p. 226 )

Not only is the consumer the captain, he is a merciless one at that. Mises explains:

The real bosses [under capitalism] are the consumers. They, by their buying and by their abstention from buying, decide who should own the capital and run the plants. They determine what should be produced and in what quantity and quality. Their attitudes result either in profit or in loss for the enterpriser. They make poor men rich and rich men poor. They are no easy bosses. They are full of whims and fancies, changeable and unpredictable. They do not care a whit for past merit. As soon as something is offered to them that they like better or is cheaper, they desert their old purveyors. (227)

The metaphor of "consumer sovereignty" is carried to its utmost when proponents (such as Mises himself) liken the operation of a market to a daily plebiscite, in which every penny spent is a vote by the consumer indicating those products and services to which society's resources should be devoted. If the great mass of consumers dislike purple cars with green polka dots, then a society based on private property will not waste resources in the production of such odd cars. Any eccentric producer who flouted the wishes of his customers and churned out vehicles to suit his idiosyncratic tastes, would soon go out of business. At that point, the decision of which types of cars to make would be in the hands of other producers, who were more attuned to the preferences of the masses.

The Producer as Consumer

Although superficially plausible, this interpretation of the operation of a market economy may strike the reader as an exaggeration. It is simply not the case that producers will always and everywhere follow that course of action that yields the highest monetary return. If a resource owner doesn't sell his product to the highest bidder, would Mises still say that this producer is heeding the sovereignty of the consumers?

Yes, Mises would. To understand his argument, let us concentrate on a specific example. Suppose a man owns a vast forest next to his house. Further suppose that if he were to clear the centuries-old vegetation and put up apartment buildings, the man could earn $10,000 per year in net rental payments (after accounting for costs of construction and maintenance).

Now what if the man, rather than establishing homes for hundreds of eager tenants, decides to forego this possible income and instead keeps his forest in its virgin condition? Has the man violated the wishes of the consumers in favor of his own interest as producer?

No he has not, Mises would argue, because the man is simply engaging in consumption himself. In effect, the man is paying $10,000 per year to preserve the land in its present condition. As a consumer, the man is giving up $10,000 worth of other goods and services in order to secure the pleasure of living in a forest (rather than next to an apartment building).

To make the point obvious, we can consider a different plot of land, this one several hundred miles away. In this case, suppose the man doesn't have any personal preferences as to how the land is used, and will thus act to maximize the financial return from this asset. Even so, the owner won't necessarily clear this forest either. For it is entirely possible that a nature lover who lives adjacent to this piece of property could send the owner annual checks for $10,000, in exchange for the owner keeping the land in its virgin condition.

In this type of situation, it is clear that the owner of the land would be serving the interests of the consumers, and that their "sovereignty" would still prevail. The only difference between this and our original scenario is that, in the first, the owner and the consumer living adjacent to the forest happen to be the same individual.

The one theoretical exception to the rule of consumers, according to Mises, is the case of monopoly price:

The entrepreneur in his entrepreneurial capacity is always subject to the full supremacy of the consumers. It is different with the owners of vendible goods and factors of production and, of course, with the entrepreneurs in their capacity as owners of such goods and factors. Under certain conditions they fare better by restricting supply and selling it at a higher price per unit. The prices thus determined, the monopoly prices, are an infringement of the supremacy of the consumers and the democracy of the market. (Human Action, p. 358)

Before proceeding, we should be quite clear on one thing: Mises does not say that every monopolist—i.e., every person who is the sole producer of a given commodity or service—necessarily infringes on consumer sovereignty. As the quote above indicates, there are "certain conditions" that must be met. In particular, the demand curve for the product or service in question must be inelastic in the relevant region in order for a monopolist to profit from restricting output below the "competitive" level and charge a higher "monopoly price" that violates the wishes of the consumers.

An easy way to illustrate Mises's view is to imagine the fate of a large coffee crop, in the first case assuming many individual owners, and in the second case, assuming one giant monopolist who owns the entire crop. In the so-called competitive case, where perhaps dozens or hundreds of farmers each owns a tiny fraction of the crop, no one farmer will be able to significantly influence the market price for coffee. In consequence, any individual farmer can sell his entire crop at the prevailing market price, without worrying that his sales will themselves depress that price. Therefore, each farmer maximizes his profit by selling his entire harvest at the "going" market price for coffee.

Now consider a different scenario: rather than the coffee crop being distributed among dozens or hundreds of producers, imagine that one individual owns the entire supply of 1 million bushels. If the demand curve for coffee is inelastic at that quantity, this means that a given percentage increase in price will correspond to a smaller percentage decrease in the quantity demanded of coffee. Therefore, the monopolist would not choose to sell all one million bushels; he would make more money by withholding some of the supply. For example, perhaps the monopolist maximizes his revenues by selling 800,000 bushels of coffee at $75 per bushel. In this case, the monopolist would not sell the remaining 200,000 bushels at his disposal; he might even burn them. (This would never happen in the competitive case because burning coffee would decrease profits for any individual owner, since no one can unilaterally affect the market price to any noticeable degree.)

Whether or not one agrees with this analysis,1 it should be clear in what sense Mises thought the case of monopoly price was an exception to the general harmony of interests between consumers and producers. In our coffee example, it is clear that if a producer is merely acting as a "mandatory" of the consumers, he is performing badly indeed by destroying 200,000 bushels of coffee.

Before ending this section, I should point out that, despite his opinion on the adverse effects of monopoly price, Mises certainly did not endorse government "solutions" to this alleged defect of the market economy. Mises was well aware that monopoly price, though for him a theoretical possibility, was empirically rare, and that it paled in comparison to the government-enforced monopolies and cartels that truly plagued the consumer.

In conclusion, Ludwig von Mises frequently emphasized the role of the consumer in determining the composition of goods produced in a society based on private property. Contrary to the popular view of the bourgeoisie as virtual oligarchs, Mises demonstrated that, as far as political analogies go, it would be more correct to view the consumers as the citizens of a giant democracy, in which elections are held daily. Those formally "in charge" of the means of production are only temporary custodians, whose position can be revoked at any time if they fail to serve the wishes of the true masters, the consumers.