The Conspiracy of the Equals 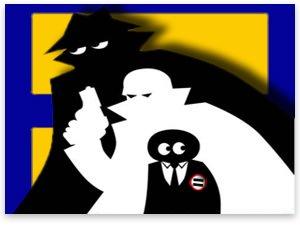 [This article is excerpted from An Austrian Perspective on the History of Economic Thought (1995), volume 2, chapter 9: "Roots of Marxism: Messianic Communism," section 3, "The Conspiracy of the Equals." An MP3 audio file of chapter 9, narrated by Jeff Riggenbach, is available for download.]

Inspired by the works of Mably and especially Morelly, a young journalist from Picardy decided, amidst the turmoil of the French Revolution, to found a conspiratorial revolutionary organization to establish communism. Strategically, this was an advance on the two founders, who had had no idea but simple education of how to achieve their goal. François Noël ("Caius Gracchus") Babeuf (1764–1797), a journalist and commissioner of land deeds in Picardy, came to Paris in 1790, and imbibed the heady revolutionary atmosphere. By 1793, Babeuf was committed to economic equality and communism. Two years later, he founded the secret Conspiracy of the Equals, organizing around his new journal, The Tribune of the People. The Tribune, like Lenin's Iskra a century later, was used to set a coherent line for his cadre as well as for his public followers. As James Billington writes, Babeuf's Tribune "was the first journal in history to be the legal arm of an extralegal revolutionary conspiracy."1

The ultimate ideal of Babeuf and his Conspiracy was absolute equality. Nature, they claimed, calls for perfect equality; all inequality is injustice: therefore community of property was to be established. As the Conspiracy proclaimed emphatically in its Manifesto of Equals — written by one of Babeuf's top aides, Sylvain Maréchal — "We demand real equality, or Death; that is what we must have." "For its sake," the Manifesto went on, "we are ready for anything; we are willing to sweep everything away. Let all the arts vanish, if necessary, as long as genuine equality remains for us."

In the ideal communist society sought by the Conspiracy, private property would be abolished, and all property would be communal and stored in communal storehouses. From these storehouses, the goods would be distributed "equitably" by the superiors — apparently, there was to be a cadre of "superiors" in this oh so "equal" world! There was to be universal compulsory labor, "serving the fatherland … by useful labour." Teachers or scientists "must submit certifications of loyalty" to the superiors. The Manifesto acknowledged that there would be an enormous expansion of government officials and bureaucrats in the communist world, inevitable where "the fatherland takes control of an individual from his birth till his death." There would be severe punishments consisting of forced labor against "persons of either sex who set society a bad example by absence of civic-mindedness, by idleness, a luxurious way of life, licentiousness." These punishments, described, as one historian notes "lovingly and in great detail,"2 consisted of deportation to prison islands.

Freedom of speech and the press are treated as one might expect. The press would not be allowed to "endanger the justice of equality" or to subject the Republic "to interminable and fatal discussions." Moreover, "No one will be allowed to utter views that are in direct contradiction to the sacred principles of equality and the sovereignty of the people." In point of fact, a work would only be allowed to appear in print "if the guardians of the will of the nation consider that its publication may benefit the Republic."

All meals would be eaten in public in every commune, and there would, of course, be compulsory attendance for all community members. Furthermore, everyone could only obtain "his daily ration" in the district in which he lives: the only exception would be "when he is traveling with the permission of the administration." All private entertainment would be "strictly forbidden," lest "imagination, released from the supervision of a strict judge should engender abominable vices contrary to the commonweal." And, as for religion, "all so-called revelation ought to be banned by law."

Not only was Babeuf's egalitarian communist goal an important influence on later Marxism-Leninism, but so too was his strategic theory and practice in the concrete organization of revolutionary activity. The unequal, the Babeuvists proclaimed, must be despoiled, the poor must rise up and sack the rich. Above all, the French Revolution must be "completed" and redone; there must be total upheaval (bouleversement total), total destruction of existing institutions so that a new and perfect world can be built from the rubble. As Babeuf called out, at the conclusion of his own Plebeian Manifesto: "May everything return to chaos, and out of chaos may there emerge a new and regenerated world."3 Indeed, the Plebeian Manifesto, published slightly earlier than the Manifesto of Equals, in November 1795, was the first in a line of revolutionary manifestos that would reach a climax in Marx's Communist Manifesto a half-century later.

The two manifestos revealed an important difference between Babeuf and Maréchal which might have caused a split had not the Equals been crushed soon afterwards by police repression. For in his Plebeian Manifesto, Babeuf had begun to move toward Christian messianism, not only paying tribute to Moses and Joshua, but also particularly to Jesus as his, Babeuf's, "co-athlete," and in prison Babeuf had written A New History of the Life of Jesus Christ. Most of the Equals, however, were militant atheists, spearheaded by Maréchal, who liked to refer to himself with the grandiose acronym l'HSD, l'homme sans Dieu (the man without God).

In addition to the idea of a conspiratorial revolution, Babeuf, fascinated by military matters, began to develop the idea of people's guerilla warfare: of a revolution being formed in separate "phalanxes" by people whose permanent occupation would be making revolution — what Lenin would later call "professional revolutionaries." He also toyed with the idea of military phalanxes securing a geographical base, and then working outwards from there: "advancing by degree, consolidating to the extent that we gain territory, we should be able to organize."

A secret, conspiratorial inner circle, a phalanx of professional revolutionaries — inevitably this meant that Babeuf's strategic perspective for his revolution involved some fascinating paradoxes. For in the name of a goal of harmony and perfect equality, the revolutionaries were to be led by a hierarchy commanding total obedience; the inner cadre would work its will over the mass. An absolute leader, heading an all-powerful cadre, would, at the proper moment, give the signal to usher in a society of perfect equality. Revolution would be made to end all further revolutions; an all-powerful hierarchy would be necessary allegedly to put an end to hierarchy forever.

But of course, as we have seen, there was no real paradox here, no intention to eliminate hierarchy. The paeans to "equality" were a flimsy camouflage for the real objective, a permanently entrenched and absolute dictatorship, in Orwell's striking image, "a boot stamping on a human face — forever."

After suffering police repression at the end of February 1796, the Conspiracy of the Equals went further underground, and, a month later, constituted themselves as the Secret Directory of Public Safety. The seven secret directors, meeting every evening, reached collective and anonymous decisions, and then each member of this central committee radiated activity outwards to 12 "instructors" each of whom mobilized a broader insurrectionary group in 1 of the 12 districts of Paris. In this way, the Conspiracy managed to mobilize 17,000 Parisians, but the group was betrayed by the eagerness of the secret directorate to recruit within the army. An informer led to the arrest of Babeuf on 10 May 1796, followed by the destruction of the Conspiracy of the Equals. Babeuf was executed the following year.

Police repression, however, almost always leaves pockets of dissidents to rise again, and the carrier of the torch of revolutionary communism was a Babeuvist arrested with the leader but who managed to avoid execution. Filippo Giuseppe Maria Lodovico Buonarroti (1761–1837) was the eldest son of an aristocratic but impoverished Florentine family, and a direct descendant of the great Michelangelo. Studying law at the University of Pisa in the early 1780s, Buonarroti was converted by disciples of Morelly on the faculty. As a radical journalist and editor, Buonarroti then participated in battles for the French Revolution against Italian troops. In the Spring of 1794, he was put in charge of the French occupation in the Italian town of Oneglia, where he announced to the people that all men must be equal, and that any distinction whatever among men is a violation of natural law. Back in Paris, Buonarroti successfully defended himself in a trial against his use of terror in Oneglia, and finally plunged into Babeuf's Conspiracy of Equals. His friendship with Napoleon allowed him to escape execution, and eventually to be shipped from a prison camp to exile in Geneva.

For the rest of his life, Buonarroti became what his modern biographer calls "the first professional revolutionist," trying to set up revolutions and conspiratorial organizations throughout Europe. Before the execution of Babeuf and others, Buonarroti had pledged his comrades to write their full story, and he fulfilled that pledge when, at the age of 67, he published in Belgium The Conspiracy for Equality of Babeuf (1828). Babeuf and his comrades had been long forgotten, and this massive work now told the first and most thoroughgoing story of the Babeuvist saga. The book proved to be an inspiration to revolutionary and communist groupings, and it sold extremely well, the English translation of 1836 selling 50,000 copies in a short space of time. For the next decade of his life, the previously obscure Buonarroti was lionized throughout the European ultra-left.

Brooding over previous revolutionary failures, Buonarroti counseled the need for iron elite rule immediately after the coming to power of the revolutionary forces. In short, the power of the revolution must be immediately given over to a "strong, constant, enlightened immovable will," which will "direct all the force of the nation against internal and external enemies," and very gradually prepare the people for their sovereignty. The point, for Buonarroti, was that "the people are incapable either of regeneration by themselves or of designating the people who should direct the regeneration."