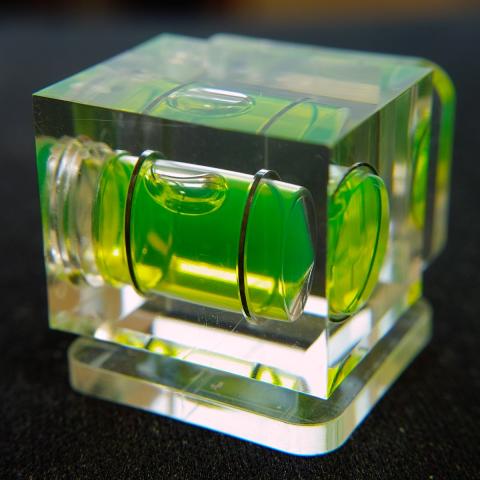 Mainstream media seldom fail to shed darkness on whatever topic they tackle. Since the arrest of former ImClone CEO Dr. Samuel Waksal for prematurely ridding himself of his soon-to-tumble ImClone stock, the media have not deviated from this mandate. Point-men like Howard Kurtz of The Washington Post, the wild-eyed James Cramer, and Chris Matthews have been whooping it up uncritically for the actions of the Securities and Exchange Commission.

When the SEC implicated Waksal's pal Martha Stewart for possible insider trading, the jeering in the press reached a crescendo. The doily doyenne sold her ImClone shares around the time she and Waksal were supposed to pretend they were not apprised of--or entitled to act on--any special knowledge. Stewart has now resigned from the board of the New York Stock Exchange. To the delight of the jackals, she may soon be forced to step down as chief executive of Martha Stewart Living Omnimedia.

While it's easy to come up snake eyes when trying to understand the vague and ill-defined laws Martha Stewart and Sam Waksal are accused of violating, the premise of the law is not hard to divine: Competition in capital markets must proceed from a level playing field. All investors are entitled to the same information advantage irrespective of effort and abilities. In a word, socialism!

There is no end, seemingly, to the ingenious methods legislators will devise in order to forcibly, and at the behest of the voter, suppress natural advantages. The law unethically distributes tangible property at the point of a gun. Distributing advantages like IQ, beauty, or knowledge is a little more complicated, a fact that has forced lawmakers to be extra-enterprising. And so we have nondiscrimination laws to ensconce ugly flight attendants on airlines and obese fitness instructors in gyms. SATs are routinely--and ingeniously--standardized to reward congenital stupidity.

To the same tradition belong insider-trading regulations, according to which an individual must not be able to profit from non-public information, gleaned because of his position within the firm. Essentially, lawmakers have come up with a winning formula to punish those who are poised to benefit from the risks and rewards of their occupation.

The test of a true and sound principle is in its universal applicability. If insider trading is good law, why criminalize the use of non-public information only in capital markets? By parity of reasoning, and in the aim of "fairness," why not broaden the proscription?

Aren't professionals who get jobs through "networking" acting on non-public information? Are they not the recipients of an ostensibly unfair advantage? For acting on inside information, Attorney General John Ashcroft should certainly be forced to do the perp walk, says Bill Anderson of the Mises Institute. Like the rest of government prior to September 11, Ashcroft had non-public information that terrorists might hijack U.S. airliners. While We The People were sitting ducks, the AG acted on his knowledge: Just before the dreaded date, he began to fly exclusively on private aircraft.

The Benefits of Insider Trading

Insider trading may even benefit the market in general. It facilitates the circulation of information about the status of the company and prevents misallocation of funds. It's hard to imagine that the share price of Enron or WorldCom would have reflected so poorly on the real value of the stock if insider trading were permitted. Those with inside information would have dumped their stocks as soon as they got wind of irregularities, and others would have followed, saving many people a great deal of money and sorrow.

As a matter of property rights, it's up to the rightful owners of the company--the shareholders--to regulate information about the company and to decide what their employees do with information gleaned about it. Because they stand to profit from the knowledge, insider trading encourages employees to learn about the firm. With this in mind, shareholders might even want to allow such trading. If they decide to forbid trading on inside information, shareholders can so stipulate in an employee's contract.

If a stock is destined to tank, everybody is going to lose money. For a variety or reasons, some people are in a position to lose less than others. What could possibly be the objection to this other than envy? It's both fit and proper that when he sells, the insider will make more of a profit than the late seller who doesn't have his hard-won advantage.

Ultimately, when he sells his shares, signaling to other shareholders to follow suit, the insider is performing a service in the market. If investors are too stupid to grasp the information conveyed by a sale, they should not be investing in the market.

Another ruinous link in the Sam Waksal saga is the Food and Drug Administration. Aided by a renowned cancer scientist by the name of John Mendelsohn, Waksal was working on the development of the new cancer drug, Erbitux. On average, it takes the FDA twelve years to approve a substance. The agency allows approximately five out of every 5,000 substances to be tested in clinical trials. Of these, only one is approved for patient use.

During the month of December 2001, ImClone's promising drug moved from the FDA's vacillation stage to its chopping block. It was after the FDA's snub that Waksal attempted, but failed, to sell his ImClone stock. It's a testament to the tenacity of the entrepreneur that, despite the FDA, the Waksals of the world continue to drive pharmaceutical innovation. In the interest of both fairness and the support for further innovation, one ought to have no misgivings when the person who took all the risks recovers some of his investment.

Does It Violate Rights?

Part and parcel of an ill-defined and unconstitutional law is that it, in the words of attorney and libertarian scholar James Ostrowski, "legalizes naturally criminal behavior by the state and its agents while criminalizing naturally lawful behavior by citizens."

All the more reason why it's incumbent on the fair-minded to consider this: By selling their property on the basis of an information advantage, have Sam Waksal and his alleged tippee Martha Stewart violated the rights of other ImClone shareholders or potential buyers?

The answer has to be a ringing no! Neither the rights of ImClone shareholders nor the rights of other potential buyers have been violated, because there can be no such right as a right to a guaranteed profit or a right to avoid losses.

In their discussion on whether insider trading constitutes fraud, economists Walter Block and Robert McGee invoke the example of the merchant who is first to sell his grain "where wheat fetches a high price." He knows that other merchants will follow, and the price of grain will fall. It would be virtuous of him if, then and there, he lowered his prices, but he isn't morally--much less legally--obliged to do so.

Is our trader then obliged to tell buyers that share prices may soon drastically fall? By seeking to be rid of the stock, Waksal conveyed all the information to which a potential buyer is entitled. Why would he be attempting to sell the stock if he did not expect share prices to soon fall? Equally, when insiders buy stock, what reason other than the expectation of a profit could there be for such a purchase? It's one thing to concede that it would be decent of the insider to go public with the information. It's quite another thing to jail someone for not spilling the beans.

While Martha was not bound by contract to ImClone shareholders, Sam Waksal was. If he violated his contractual obligation to his shareholders by selling his shares, pursuant to the FDA's criminal rejection of Erbitux, then Sam Waksal ought to incur a civil--not criminal--liability. Waksal's investing partners, Merck KGaA and Bristol-Myers Squibb, to whom he indeed had a fiduciary duty, were fully in the loop. Waksal, it seems, didn't mislead them about the FDA's shenanigans, and is hence not in violation of his contractual obligation.

"Socialism in its contemporary watered down form," writes Martin Pot of the Paris-based Institut Héraclite, "is little more than envy disguised as principle." If we can credit the purveyors of information and opinion in our society with anything, it's with demonstrating that both the legal and the personal attacks on Martha Stewart and Sam Waksal spring from this 'grand' tradition.

While the yipping in the press easily leads to the impression that business is becoming increasingly corrupt, it's the accelerated activity of bureaucrats that lurks behind the glut of SEC-driven prosecutions. As Cornell's Jonathan R. Macey averred, the SEC is teetering perilously on hounding any trader who trades on "the basis of an information advantage." A trend which, if not halted, will see the agency bring ruin to capital markets.

Absent a moral obligation to divulge information, criminal charges are a grotesque overreach, a position reiterated in the Supreme Court's older interpretations of securities laws. The Court rejected the notion that all trading parties have to have parity of information, maintaining that "there is no duty to disclose nonpublic information." These more constitutional--less casuist--rulings conceded that it is up to company shareholders and their employees to regulate insider trading through contracts.

Either way, it's a lemming's lunacy to turn people like Waksal and Stewart by legislative fiat into common criminals. A society that destroys its most productive and gifted members for no other reason than because they accrue more information than others and act on it has little to recommend it.