GET NEWS AND ARTICLES IN YOUR INBOXPrint
A
A
Home | Mises Library | College Towns Join the Mania: The Skyscraper Curse in Auburn

College Towns Join the Mania: The Skyscraper Curse in Auburn 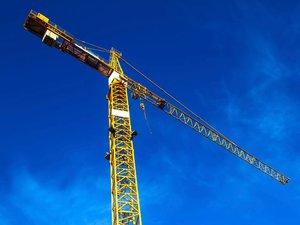 The “Skyscraper Curse” describes the eerie connection between record-breaking skyscrapers and global economic crises. There are no true skyscrapers being built in Auburn, Alabama, home of Auburn University. But, there has been a great deal of building big and tall.

What are people thinking? Don’t they realize we are in one of the weakest recoveries on record and possibly headed for another recession? Is it greedy bankers and construction companies run amuck? Is it out-of-control architects and chefs that are to blame? Or is it the spoiled rich college kids who demand luxury apartments and locally grown veggies?

The rush to build bigger, taller, and more luxurious buildings actually has little to do with any of these groups, but it has divided us as a city. On the one hand, there are many people upset because it is changing “the loveliest village on the plains.” Local residents are seeing “Keep Auburn Lovely: Save Our Village” signs popping up all over town. They oppose the building.

On the other hand, construction workers, cement dealers, building supply companies, and heavy equipment operators must love the fast-paced business and full-time jobs with overtime. They love it.

This has all happened before. Remember?

The problem actually starts in Washington, DC in an unremarkable building on 20th Street and Constitution Avenue, NW which houses the Board of Governors of the Federal Reserve. The Board, along with a rotating selection of Regional Federal Reserve Bank presidents form the Open Market Committee which sets an interest rate policy targeting the interest rate that banks charge other banks for short-term loans — the Federal Funds rate.

When the Federal Reserve’s Open Market Committee sets the target lower, it sets off a tendency for interest rates to fall across the economy. When they raise the target for the Federal Funds rate, interest rates tend to rise across the economy. For the last seven-and-a-half plus years they have kept the target under a quarter of 1 percent. This type of policy has never happened before. This explains the ultra low rates on your savings account, CD, and mortgage over the last several years.

It also explains the luxury-building mania. When the Federal Reserve first lowered rates bankers burned by bad mortgages after the housing bubble along with luxury game day condo builders would not take the bait. Once bitten, twice shy. However, eventually low interest rates are too tempting to resist, especially as new bankers and construction companies come onto the scene.

The Effects of Low Interest Rates

If you think that the combination of reduced savings and increased luxury spending sounds contradictory, you are correct.

In any case, lower interest rates also tend to increase the price of land, particularly in the center city. In contrast, higher interest rates encourage land and real estate owners to part with their properties at lower prices. Higher land prices make development deals harder to generate profits. The solution is to build more intensively and to make buildings taller. A $1 million piece of land could be profitable by building just one story, but if that same lot is $2 million then you might have to build three stories to make it profitable. A one story building is relatively inexpensive to build compared to a three story building which requires stairways, elevators, and sturdier construction techniques. However, the three story building also produces two-and-a-half times more rentable space.

How Malinvestment Leads to Busts

Is it better to just build something, even if it is the wrong thing? Well, even if interest rates could stay near zero forever, it still means we are deploying our resources incorrectly. The things we are building will not be as profitable as originally projected and the excess capacity means that long existing projects will also become less profitable. In other words, eventually, their economic values will be less than the amount invested in them. It will also make it more difficult to pay back the loans, especially if you reduce savings and increase your borrowing and luxury spending.

These circumstances are in no one’s best long-term interests. But, apparently, eliminating the cause in Washington is currently beyond our collective ability.