Classical Liberalism and the Single Tax on Land 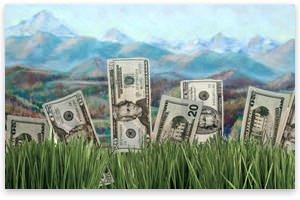 Natural-rights, laissez-faire libertarians always confront several problems or lacunae in their theory. One is taxation. If every individual is to have inviolable property rights, and those rights are to be guaranteed by the government, taxation, itself an infringement of property rights, presents an immediate problem to laissez-faire theorists. For how high should taxes be, and who should pay them?

Classical liberalism, however inchoate, had been born in France as an opposition to the statist absolutism of King Louis XIV in the latter decades of the 17th and the early years of the 18th century. A favorite program of these liberals, as set forth by Marshal Vauban and by the Sieur de Boisguilbert, among others, was a single tax, a proportional tax on all income or property. The idea was that this simple, direct, universal tax would replace the monstrous and crippling network of taxation that had grown up in 17th-century France.

To solve the problem of taxation, Dr. Quesnay and the physiocrats came up with their own original single tax (l'impôt unique) — a single tax on land. The idea was that the tax would be low, and that it would be proportional and confined only to a tax on land and on landlords.

The rationale of the impôt unique stems from the singular physiocratic view that only land is productive. Land produces because it creates matter; whereas all other activities, such as trade, commerce, manufacturing, services, etc., are "sterile," although admittedly useful, because they only shuffle around or transform matter without creating it. Since only land is productive, and all other activities are sterile, it follows, according to the physiocrats, that any other taxes will wind up being shifted on to land, through the price system. Therefore, the choice is to tax the land indirectly and remotely, while crippling and distorting economic activities, or taxing the land openly and uniformly through the single tax, thereby freeing economic activity from a fearsome tax burden.

From the standpoint of economic theory, the famous physiocratic tenet that only land is productive must be considered bizarre and absurd. It is certainly a tremendous loss of insight compared to Cantillon, who identified land and labor as original productive factors, and entrepreneurs as the motors of the market economy, who adjust resources to the demands of consumers and to the uncertainty of the market. It is surely true that agriculture was the chief occupation of the day, and that most commerce was the transportation and sale of agricultural products, but this scarcely salvages or excuses the absurdity of the land-as-only-productive-factor doctrine.

It is possible that one explanation for this odd doctrine is to apply to the physiocrats the insight of Professor Roger Garrison on the basic world-outlook of Adam Smith. Smith, in a less outlandish version of the physiocratic bias, held that only material output — in contrast to intangible services — is "productive," while immaterial services are unproductive. Garrison points out that the contrast here is not really between material and immaterial goods and services, but between capital goods and consumer goods — which are basically either direct services or a stream of services to be available in the future.

Hence, for Smith, "productive" labor is only effort that goes into capital goods, into building up productive capacity for the future. Labor in direct service to consumers is "unproductive." In short, Smith, despite his reputation as an advocate of the free market, refuses to accept free-market allocations to the production of consumer vis-à-vis capital goods; he would prefer more investment and growth than the market prefers.

"If every individual is to have inviolable property rights, and those rights are to be guaranteed by the government, taxation, itself an infringement of property rights, presents an immediate problem to laissez-faire theorists."

Some economists have gone so far as to speculate that the physiocrats would have been overjoyed at a policy of farm-price supports. Professor Spiegel believes that if the physiocrats had been faced with a choice between laissez-faire and intervention on behalf of farm-price supports, they would have chosen intervention. The means to resolve the economic problem that was foremost in their minds was the development of domestic agriculture rather than unconditional reliance on private initiative within a framework of competition.1

Perhaps the tip-off on applying the Garrison insight is the common attitude of Smith and the physiocrats on usury laws. Despite their generally consistent advocacy of absolute and inviolate property rights, and of the freedom to trade within and without a nation, Quesnay and the physiocrats championed usury laws, denying the freedom to lend and borrow. Adam Smith had a similar aberration. Smith, as we shall see further below (chapter 16), and as Garrison pointed out, took this position in a conscious effort to divert credit from "unproductive" high-risk and high-interest-paying speculators and consumers and toward "productive" low-risk investors.

Similarly, Quesnay denounced the restrictions on investment and capital growth resulting from high interest rates and from the competition of unproductive borrowers crowding out credit that would otherwise go into capitalized agriculture. Usury laws were upheld on traditional moralistic grounds of alleged "sterility" of money. But to the physiocrats, all activity except agriculture was "unproductive," and so the problem was rather the competition such borrowing imposed on the "productive sector." As Elizabeth Fox-Genovese puts it, "Quesnay … argues that the high interest rate constitutes neither more nor less than a tax upon the productive life of the nation — upon those who do not borrow as much as upon those who do."2

It is true that part of the physiocratic attention here was on government debt, and it is certainly true that government debt raises interest rates and diverts capital from productive to unproductive sectors. But there are two flaws in such an approach. First, not all nonagricultural debt is state debt, and therefore not all higher interest is a "tax" on producers. This returns us to the eccentric view of the physiocrats that only land is productive. Usury laws would cripple not only government debt, but also other forms of borrowing.

And second, it seems odd to allow government debt and then to try to offset its unfortunate effects by the meat-axe approach of imposing restraints on usury. Surely it would be simpler, more direct, and less distorting to tackle the problem at its source and call for the elimination of government debt. Usury laws only make things worse, and injure free and productive credit.

And so Quesnay — himself the son of a well-to-do farmer — was far more interested in subsidizing credit to farmers and keeping out competing borrowers than in stopping government debt.

There is another way of explaining the physiocratic attitude toward land as the sole producer. And that is to concentrate on the proposed impôt unique. More specifically, the physiocrats held that the productive classes were the farmers, who rented the land from the landlords and actually tilled it. The landlords were only partially productive, the partially coming from the capital advances they had made to the farmers.

But the physiocrats were sure that the farmers' returns were all bid away by their competition to rent lands, so that in practice all the "net product" (produit net) — the only net product in society — is reaped by the nation's landlords. Therefore, the single tax should be a proportionate tax upon the landlords alone.

Professor Norman J. Ware has interpreted physiocracy and its emphasis on the sole productivity of land as merely a rationalization of the interests of the landlord class. This hypothesis has been taken seriously by many historians of economic thought. But let us ask ourselves: what sort of self-serving doctrine says, "Please, put all the taxes on me"? The beneficiaries of physiocratic policies would surely be every economic class except the landlords, including Dr. Quesnay's own class of farmers.3