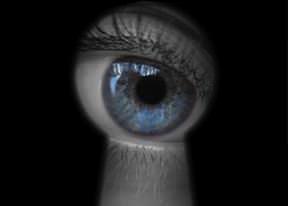 Since the details of the NSA programs became publicly known a short time ago, already there are signs of market pressures being brought to bear to curtail the actions of the agency and its partner companies. There are early signs of emerging boycotts of US-based internet and telecommunications companies, and customer migration to firms operating outside the United States.1 One observer has even suggested that the next desirable IT feature will be for host companies operating outside the US to advertise that they are “not subject to US law” and this suggestion is gaining traction among IT commentators. According to one commentator, “The biggest concern right now is that if US firms lose their credibility, people in other countries might look to take their business elsewhere. Government officials have been desperately trying to cover their tracks at home, insisting that PRISM is about spying on foreigners and not US citizens, but how does the rest of the world feel about this?”2

This illustrates one of the outstanding features of decentralization in the political sphere, and the ability of decentralized structures to combat government despotism. By engaging in mass surveillance of foreigners through US companies, the US government has now put the entire telecommunications and computing industry of the US economy at a competitive disadvantage against any other country willing to impose stronger privacy standards on its own security agencies. Moreover, the emerging losses to the credibility and customer base in the US telecommunications and computing industry will have a flow-on effect in all other countries—it signals the negative economic consequences that come from using this industry for the purposes of mass surveillance of the public. Competition between different governments creates disincentives for unwarranted surveillance by punishing the industries of countries which do not adequately satisfy the privacy requirements of consumers.

Note that the positive effects of political decentralization do not hinge on the existence of any other country acting as a bastion of freedom against the tyranny of outside governments. The foregoing competitive principles apply even when all governments are repressive in nature, since a decentralized structure still imposes incentives to be less repressive than the other guy — to compete for the same customers. Hence, the foregoing observations should not be taken to require that privacy and property rights are any better respected by governments outside the United States. In fact, many foreign governments are far worse than the US government in terms of their privacy laws, though their lesser technical capabilities deprive them of the capacity to be as intrusive. Other governments have the same contempt for privacy evident in the functioning of the US government, and many allied powers have actively cooperated with the activities of the NSA, making them partly responsible for the mass surveillance operations in question.3

The present consumer trend away from the US telecommunications market should give us hope that market forces can provide a constraint on the power of governments. In view of this valuable market pressure it is imperative that people resist attempts by their governments to centralize control of the internet, either in their own hands, or in the hands of multinational bodies such as the United Nations. Even taking account of the external influence of the US government, and taking account of the mischievous dealings of other governments around the world, the presence of any degree of competitive decentralization — even among different countries operating in an unofficial US empire — imposes incentives for constraints on political power that are absent within the confines of a single political polity. If US telecommunication and internet companies lose business to rivals in Europe as a result of the recent surveillance revelations then this will send a message to political powers around the world, telling them that greater respect for privacy leads to a greater share of the telecommunications market.

Decentralization of political control of the internet is a valuable pursuit, but it is not enough on its own. Wherever governments exist they will see the communications occurring in their territory as a valuable source of information to pursue their political goals and entrench their power over their subjects. As a part of this effort governments will also seek to prohibit technologies and practices that could stifle their attempts to surveil the public.

There are many possible technical and legal avenues that could protect privacy on the internet from the predations of governments. Greater use of personal encryption could protect the content of messages and phone calls, so long as people are not punished for the use of this technology. Technologies or practices to scramble or delete information on the path of communications in the telecommunications network could also assist to protect the public against collection of its “metadata.” Consumer patronage of telecommunications companies operating outside the United States could make it more difficult for any single government agency to “own the internet.” And most importantly, a vigilant public, aware of the dangers of creeping statism, could demand that governments act according to the rules of a civilized society, where searches and seizures of information requires probable cause.

As is often the case in political affairs, we have here a situation where governments reach their tentacles into the lives of the people under their control, and it is market forces from citizens and consumers which oppose and constrain this process. The market imposes a civilizing process on society and the State imposes a de-civilizing process. In regards to the relationship between privacy and civilization, Ayn Rand put things best: