The Church and the Market 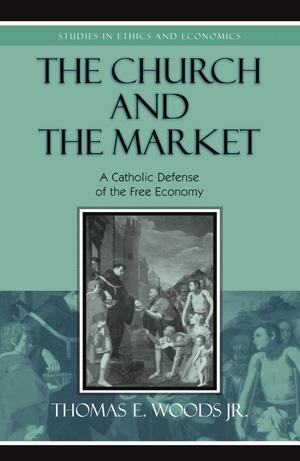 In fact, Thomas Woods's book on Catholic social teaching surpasses any other book ever published in this genre. Rather than merely recount what has been said, he subjects the corpus to a relentless examination, highlighting contradictions and missteps, while praising the good. Even for those not particularly interested in Catholic teaching, this book is an outstanding elucidation of economic science in light of moral concerns. He covers wages and labor, money and inflation, trade and the division of labor, entrepreneurship and development, and the meaning of a range of concepts such as price and value.

Of particular interest is Professor Woods's primary target: not so much the social-gospel left but the Catholic right, which argues against free enterprise and laissez-faire with surprising intensity. By taking on these critics of the market, as versus easier leftist targets, he has set for himself the most difficult task of providing a corrective concerning economics to those who are most attached to Catholic teaching on faith and morals and yet are dogmatically attached to various forms of government intervention designed to shore up morals and faith.

He shows that market economics is not contradicted by binding Catholic teaching but rather supported by it.