Charting the Course to $7 Gas 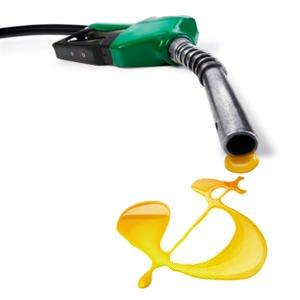 Let's go back to the beginning of the current economic crisis — yes, it is still a crisis for many millions of Americans who lost their jobs, ruined their credit, filed for bankruptcy, lost their homes, and lost their lifestyle. Shanty towns have popped up all over America, though rarely gaining media exposure.

Tens of millions have been ripped from the middle class back down into the poverty from whence their parents or grandparents had climbed.

Make no mistake: it is not capitalism that got us here; it is government interventionism and central banking — the Federal Reserve.

The first two charts we're looking at are the S&P 500 Index (top) and the Effective Federal Funds Rate (bottom). Our current economic state of affairs began with the Internet bubble (the red arrow on the first chart), which itself was exasperated by an earlier easing of the federal-funds rate (the green arrow on the second chart).

After the bubble burst in 2000, Alan Greenspan sought to prop up the "irrational exuberance" against which he himself had cautioned, by dropping interest rates — artificially, of course — from 6.5 percent down to barely 1 percent in 2002 (the orange arrow on the second chart).

The whole idea here was to encourage corporate (and private) spending by lowering the cost of borrowing money. This "cost" was thus much lower than it otherwise would have been in a truly free market, where interest rates are set by the supply and demand of money. Today, a free-market interest-rate environment is simply a dream — it's illusory; it doesn't exist. The Fed, rather, simply creates as much supply as it wants, and then hopes foolish risk takers will take the bait. Indeed, millions did.

Enter the housing boom. Maybe you remember the 1 percent LIBOR interest-only adjustable loans? How completely, unrealistically optimistic (or gullible) did you have to be in order to buy into an adjustable-rate mortgage (ARM) when interest rates were at an all-time low?

In any event, the loose-money policy and low interest rates drove the real-estate market to new, all-time highs, with record low unemployment and a false feeling of risk-free risk taking.

Sure enough, inflation hit, the Fed raised rates, those ARMs adjusted upward, people couldn't sell their house for what they owed, and then record foreclosures ensued. All the while, the banks responsible for the bad loans got bailed out by the taxpayer, and the bank executives got to keep their multimillion-dollar bonuses. Hooray.

But that's not the end of it. Once the housing bubble burst, our masters at the Fed (primarily Comrade Bernanke) decided to drop rates to zero and to inflate the money supply beyond all recognition.

The next chart is the Fed's monetary base. Note the vertical movement during and after the Depression of 2008: an increase from around $800 billion to just over $2.4 trillion.

This is the most worrisome chart I have ever seen. By comparison to what Bernanke has done, take a look at the blip (circled in red) that Greenspan caused just after the dot-com bust in early 2000. This is not the kind of comparison that makes it to CNBC or the front page of the Wall Street Journal.

There is an answer, but it's not good. To quote Human Action, by Professor Mises, the economist who actually predicted our current plight over 60 years ago,

There is no means of avoiding the final collapse of a boom brought about by credit [or monetary] expansion. The alternative is only whether the crisis should come sooner as the result of voluntary abandonment of the further credit expansion, or later as a final and total catastrophe of the currency system involved.

The end result seems fixed; the only question that remains is what happens between now and then.

Even though the federal-funds rate has been at zero, and even though the Fed has created enormous amounts of fiat money, most of that money remains at the banks. Take a look at the chart below.

This chart represents the amount of money our nation's banks keep on deposit with the Federal Reserve. So you see, the newly created money is being held by the banks, who instead of loaning it out to folks who would like to refinance their houses and businesses that might expand and hire (which is what the Fed intended), they (the banks) just redeposit the free money back with the Fed and earn massive amounts of interest.

What? Are you kidding me? The banks got bailed out from billions of dollars in bad loans that they issued, then they got literally $1.2 trillion (as you can see from the chart above) of free money that they then turned around and invested in Treasuries, the interest on which is one of Obama's biggest line-item budget expenses. Are we living in an Ayn Rand novel? How would you like to get free money to invest, the interest on which is guaranteed by the government's taxation authority (and guns)?

And speaking of the budget, the next chart is the second scariest I've ever seen. It shows the federal deficit, which now surpasses $1.4 trillion annually! Note that the chart is denominated in millions.

Unless Congress cuts spending dramatically (which I doubt will happen), the Fed will continue to buy Treasuries to fund our deficit with money that is created out of nothing, just like the Weimar Republic did after World War I. The end result must be a collapse.

Not to throw more fear on the fire, but recently the "Godfather of Bonds," Bill Gross, who manages over $1 trillion, sold every single Treasury his firm owned because, according to a shareholder letter he recently published,

Unless entitlements are substantially reformed, I am confident that this country will default on its debt; not in conventional ways, but by picking the pocket of savers via a combination of less observable, yet historically verifiable policies — inflation, currency devaluation and low to negative real interest rates.

I would venture to say it has already begun.

"So what can we do about it? And how does this affect me and my money?" Did I just hear you ask that? Well, good question. Because I don't have the space or the time to go into detail here, suffice it to say that booms and busts are easy to understand and predict if you reject the currently prevalent Keynesian School of economics and look to the Austrian School.

Most people have heard of the "wheelbarrow inflation" of the Weimar Republic in Germany. History has been down this very same road many, many times, and the result is always the same.

Thus, we can learn from the Austrian economists' reasoning — which reflects realism and historical facts, and not flights of academic fancy. Though I run the risk of dramatically oversimplifying the investment method, essentially you want to be more aggressive in a monetary expansion phase and more conservative in a monetary contraction phase. It sounds easy, huh? In reality, it is impossible to time the market to the day or even the month, but our experience in 2000 and 2008 has shown that it is possible to be correct to within a 12- to 18-month period. The key is knowing what signs inevitably show themselves — and taking heed.

As a prime example, one of the chief indicators we monitor in addition to those above is the velocity of money. This can vaguely be analogized to how quickly a dollar moves from one hand to another, but it is much more than that.

Every time you deposit a dollar into your checking or savings account, your bank can then lend that dollar out to ten other people, essentially creating ten more dollars out of your one dollar deposit. This is called the Mandrake mechanism, and it is part of the problem of expanding credit, because your dollar is leveraged ten to one. This exponential expansion of money in the banking system creates vast profits for the banks, but also vast losses when a run ensues. (The true reason the Federal Reserve System was created was to bail out the banks.)

So here's a recap:

With the tripling of the money supply, cold mathematics would imply that eventually prices will likewise triple — once the new money has made it out into the economy. Thus, $3.50 gas becomes $10.50 gas. Clearly the math is not as easy as that, because really no one (especially Bernanke) can predict what will happen; but if history is any guide, then all of a sudden, $7 gas seems like a deal.

[The views and opinions are those of J. Kevin Meaders, and should not be construed as investment advice. All information is believed to be from reliable sources; however, we make no representation as to its completeness or accuracy. Additional risks are associated with international investing such as, currency fluctuation, political and economic stability, and differences in accounting standards. Investors cannot directly invest in indices. Past performance does not guarantee future results.]