GET NEWS AND ARTICLES IN YOUR INBOXPrint
A
A
Home | Mises Library | Central Banks: The True Centers of Political Power 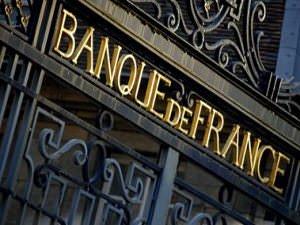 Mises Institute: Central banks keep increasing the money supply, and yet it looks like there’s still confidence in those fiat currencies.

Thorsten Polleit: Indeed. Policymakers obviously succeeded in taking panic out of the markets and, at the same time, creating the impression that their actions would “rescue” the economies without causing inflation. Their propaganda turns out to be rather successful.

MI: The strategy that the central banks have been using in recent years appears to be working so far.

Polleit: It clearly shows how far central banks’ manipulations can go to uphold the fiat money regime, which is actually a “monetary Ponzi game.” However, one should be aware of the fact that without severe market manipulations such as the suppressing of interest rates to basically zero, and the printing of new money for propping up ailing banks and governments, the fiat money system would presumably have collapsed already.

MI: So if the current strategy fails, what will happen?

Polleit: The critical issue is the demand for fiat money. If people are no longer willing to demand the rising supply of currency, the fiat money system starts unraveling. Treating devalued currency like a hot potato, people would try to exchange their fiat currency against non-fiat money assets. In this process, commodity prices would go up and the purchasing power of money go down. The extreme outcome of this process is hyperinflation: the heavy debasement or even an outright destruction of fiat money.

Polleit: I could imagine that back then many investors had ignored the fact that in an unfettered fiat money regime, central banks can provide governments and commercial banks with any amount of newly created fiat money, putting them in a position to service their debt in full. This is exactly what they did: “Default panic” was printed away by central banks. This was also the reason why the gold price fell from its all-time high of 1,900 US$ per ounce to currently around 1,300 US$ per ounce.

Polleit: I sure do. Inflation will be one among other measures through which governments will try to get rid of excessive debt. You see, the fiat money regime has brought about a situation in which many borrowers — in particular governments and banks — are no longer in a position to pay down their debt. In other words: The damage has been done, the only question is: who is going to pay for it?

MI: So who is going to pay?

Polleit: Governments and banks will presumably employ higher taxation, confiscation, suspending payments on outstanding debt and, of course, inflation through money printing. One thing should be certain: holders of government and bank debt will be on the losing end. Either they will suffer from not getting back their money or from getting back just inflated money.

MI: The economies — be it the US, China, or even the Euro Zone — appear to be recovering at the moment and we’re told this means the crisis is over.

Polleit: The latest set of improving data is at best indicative of an artificial and eventually unsustainable economic process. It has actually been set into motion by highly distorted interest rates and a new round of fiat money injection. Malinvestment is on the rise again. It is just a question of time until this so-called “upswing” will turn into yet another “bust.” Fiat money creation has caused the malaise. Creating even more fiat money won’t solve the problems. It will make them even worse.

MI: What do you expect central banks to do going forward?

Polleit: Central banks have been captured by commercial and investment banking interests. I would assume that they will do more of the same: manipulating markets first and foremost by suppressing interest rates and printing new money to keep banks and the financial industry afloat.

With central banks running wild, we’ll be moving toward even more severe “boom-and-bust” cycles, even bigger government, less freedom and liberty, a distribution of income and wealth which is increasingly at odds with true market forces.

Central banks will become the real centers of political power. You could even say they are on the way to assuming the role of a “Politburo.” Central banks will effectively decide who is going to get credit at what conditions. They will decide which governments, which banks, and which kind of business sectors and companies will flourish or go under. The truth is that if the fiat money regime is not brought to an end — either by political will or by economic collapse — the economies will end up in a kind of socialist-totalitarian dead-end. But I tend to be optimistic: namely, that the fiat money scheme will break down before such a situation is reached.

MI: If not fiat money, then what?

Polleit: Gold is the ultimate means of payment. Everybody should own some gold. Under current conditions the gold price should be trading between $1,600 and $1,800 right now. At the same time, one would still need to earn an income stream, and by owning productive capital the investor may also protect himself to some extent from government interference: Even cold-blooded socialists know that the nationalization of the means of production means “killing the cow you would like to milk.” That said, owners of productive capital may suffer from higher profit taxation, but not outright expropriation.