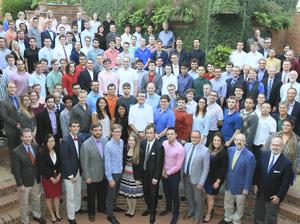 It’s easy to get discouraged in the Age of Obama, a man who can say, in Castro’s Cuba, that there is not much difference between communism and capitalism. And in his warped mind, I guess it’s sort of true, since his program is a mixture. That is, it’s fascist.

Combine his corporatism with envy, perpetual war, negative interest rates, the police state, fascist health care, total surveillance, vicious political correctness, and a host of other horrors, and you can wonder about the future. The other pols, with very few exceptions, aren’t much better, or even worse.

Is the cause of freedom, private property, sound money, and—to be moderate—taking a meat axe to the government and all its works—irretrievably lost? Do we have to sit back and accept a form of economic and social Marxism?

And why is that? Because the truth, no matter how seemingly battered and bruised, still shines through. It can never be wiped out, no matter how rotten the regime. In the end, the truth will triumph over deceit.

In the media and the classroom, entrepreneurs are smeared as greedy and destructive, when in fact they are heroes, essential to human flourishing. Instead, we are supposed to worship politicians and officials who are no better than common thieves. Yet far more destructive.

Time to despair? No, because the ground is shifting under the feet of the entire establishment, here and around the world. They are panicking.

Especially among young people, we are making huge progress. Yes, some go the deadly way of Bernie. They see even more government as the answer to all the problems caused by government. And they are infected by PC.

But the smart ones, those of good brains and good hearts, the diligent and hardworking, the truth seekers, are moving our way. How heartening it is to see it. The future can be better than the present. We are not trapped on the road to Hades, no matter the corrupt news from the corrupt state and its propaganda.

This fools the weak-minded, but our young people are anything but.

To these kids, many professors might as well be wearing sandwich boards proclaiming them to be liars. The lies about capitalism, war, taxes, controls, history, and the government are endless, mixed with what Mises referred to as statolatry.

Then there is the constant political correctness, more properly called cultural Marxism. Belong to the wrong race? Then you are responsible for all the bad things in the world. Left-wing hysteria, combined with the censorship of our ideas, rules the roost. But there is an opposition. Good students, even if they don’t have the knowledge to refute all this, understand that something is drastically wrong. They love truth and freedom, and they refuse to be pigeonholed and defamed. These are the young people who flock to our selective summer Mises University. This extraordinary program is not for everyone. There are also the nihilists, who go along to get along, and the statists who see big government as the all-knowing eye, the protector and provider, god walking on earth.

But the good kids come to us, and it would do your heart good to see them. These bright-faced students are smart, principled, and hungry for the truth. They are also polite and well-mannered. As you can imagine, they’re a good teacher’s dream. No wonder Mises University also attracts the best teachers of Austrian economics and libertarianism.

This summer will be the 30th year of Mises U. Over that time, thousands of young people—including almost everyone who is anyone in Austrian economics and the freedom movement—have studied with us, and had their lives changed. They’ve come from all 50 states and 54 foreign countries, and from more than 500 colleges and universities.

The internet, especially mises.org, is our great recruiter. Just as often, good professors recommend us to their best students, and even more effective, Mises U. alumni tell their friends that their experience on our campus was the intellectual experience of a lifetime, that it is what higher education should be like, but so often isn’t.

We get young men and women majoring in economics, business, history, philosophy, theology, physics, mathematics, pre-law, pre-medicine, and other disciplines. To be admitted, they must be stars—in their grades, in their recommendations, in their dedication.

Many of our graduates are now professors themselves, and sending us their own students. Others are spreading Austrian economics and liberty in their businesses and professions.

Because of the rigorous application process, we get the smartest kids interested in our ideas. Indeed, we turn down more than we accept. That just makes Mises U. more desirable, of course.

All day and into the evening, from money and banking to entrepreneurship, from regulation to methodology, from history of thought to socialism, from fascism to Keynesianism (not a long distance), from central banking to taxation, from the free market to the hampered market. They learn, in the great tradition of Austrian economics, why freedom means human flourishing, and statism means ripping off the productive for the unproductive. Our students learn about the open and covert ways in which government intervention into the economy brings penury and injustice, and that laissez-faire equates not only to the highest standards of living, but to a moral society.

And our kids are voracious. Even outside of class, during meals and social hours, the smart discussions are nonstop. Strong friendships emerge. No one, no matter at how leftist a school, feels alone anymore.

I mentioned that our faculty is the best. Even outside of class, they continue talking and teaching as long as the kids want them to. No wonder we have to warn the students to pace themselves during Mises U. Otherwise, they are not getting enough sleep, so exciting is this kind of learning.

I am so proud of our teachers and students, of all that they have accomplished over the years, and will accomplish in the future.

This is an expensive undertaking. As with all Institute programs, however, we watch every dime, since it is the generosity of people like you that makes all we do possible. We are always aware of our fiduciary responsibility to our donors.

It’s a big job. After all, we are countering long years of indoctrination, not only from government-biased education, but from the media, Hollywood, and television, too.

It’s a big job, but isn’t it worth doing? Among all our brilliant kids, there might be another Mises or Rothbard, Ayn Rand or Isabel Paterson, Hazlitt or Hayek.

We’re determined not to let the bad guys get away with it. There’s far too much at stake, for us and our children and grandchildren, for all of society.

But though we have the truth on our side, we can’t do anything without you.

Please make a generous tax-deductible contribution to the 2016 Mises University. Help us keep changing the world.

It’s a thrill to see all that this program has accomplished over the years. Help us build on that for the next 30 years. Everything is at stake.

PS: We have the privilege of carrying forward a great heritage. Please help us do so, for all the ideals we share.

PPS: Please see the comments from some of our alumni. You’ll be as impressed as I am. A scholarship for one of these young people can be named in your honor, or in memory of a loved one.

Your generosity has given me a wonderful opportunity this week to expand my knowledge of Austrian economics and libertarianism. Not only was the academic aspect of the conference refreshing and enjoyable, I was able to interact with my classmates on a level that I have never experienced in my life. For this reason I find it hard to express my gratitude. Thank you.
— Andrew Heinen, Indiana University

Thank you very much for sponsoring my attendance at Mises University. It has been a great experience and opportunity to learn more about Austrian economics. I am grateful to be able to learn from some of the best economics scholars. I recently graduated from Grove City College, and am now considering grad school in economics. Thank you again for your support.
— Andy Herbener, Grove City College

Thank you, once again, for being the reason I was able to attend Mises U this year. Once again, it was an amazing experience that I will always cherish. I am eternally grateful.
— Anton Chamberlin, Loyola University New Orleans

Thank you very much for your generous donation that helped make Mises University possible. I would not have had the opportunity to participate in this program without your support. Mises University has provided me with a solid foundation in Austrian economics that I would not have had otherwise. There is no other program like this in the world. I will work hard to advance the Austrian school of thought and hope to be in the position to sponsor a student someday myself.
— Michael Malin, University of Alaska

Thank you so very much for your generosity, which has provided me with the opportunity of a lifetime. For those of us who love liberty and have discovered this beautiful science, economics, there is no nobler cause than the work of the Mises Institute. I wouldn’t be here were it not for your support, and for that I am extremely grateful. Thank you again.
— Benjamin Goes, SUNY Albany

Thank you so much for your sponsorship this week. I have so enjoyed my time at the Mises Institute, and have learned so very much about Austrian economics over the course of a rigorous course load, comprised of around 30 courses on Law, Economics, and Political Philosophy. I have especially enjoyed my time in the Judge’s Constitutional Law class, and have been inspired to study law, in part due to this week.
— Lucas Carroll, University of North Carolina