On the Cause and Effect of Interest Rates 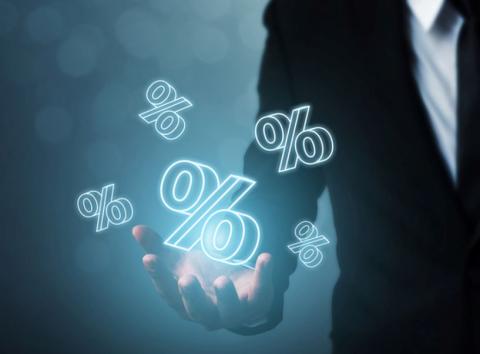 Tags Capital and Interest TheoryHistory of the Austrian School of Economics

It is a common idea, accepted by all those who have written on commerce, that an increased quantity of money in a state decreases the rate of interest, because when money is abundant it is easier to find some to borrow. This idea is not always true or accurate. For proof, we need only to remember that, in 1720, nearly all the money in England was brought to London. In addition, the number of notes in circulation further accelerated the movement of money to an extraordinary level.1

However, this abundance of money and increased circulation did not decrease the interest rate, which had been running at 5 percent or lower. It only served to raise the rate, which increased up to 50 and 60 percent. It is easy to account for this increased rate of interest. The reason is that everyone had become an entrepreneur in the South Sea scheme and wanted to borrow money to buy shares, expecting to make an immense profit with which it would be easy to pay this high rate of interest.2

If the abundance of money in the state comes from the hands of moneylenders, the increase in the number of lenders will probably lower the rate of interest. However, if the abundance comes from the hands of people who will spend it, this will have just the opposite effect and will raise the rate of interest by increasing the number of entrepreneurs who go into business as a result of this increased spending and will need to supply their businesses by borrowing at all types of interest.

The abundance or scarcity of money in a state always raises or lowers the price of everything in markets, without any necessary connection to the rate of interest, which may very well be high in states where there is plenty of money and low in those where money is scarcer—high where everything is expensive, and low where everything is cheap; high in London, low in Genoa.

The rate of interest rises and falls every day from mere rumors, which might decrease or increase the confidence of lenders without affecting the prices of products in markets.

The most constant source for a high rate of interest in a state is the great expenditures of nobles, property owners, and other rich people. Entrepreneurs and master craftsmen supply the great houses with all the elements of this spending, and entrepreneurs almost always need to borrow money in order to supply them. When the nobles consume beyond their income and borrow money, they doubly contribute to raising the interest rate.

In contrast, when the nobles of the state live frugally and buy firsthand [without middlemen] as often as they can, they will acquire many products from their servants without dealing with entrepreneurs. This diminishes profits and the numbers of entrepreneurs in the state, and it consequently reduces the number of borrowers, as well as the interest rate. Because these entrepreneurs work with their own capital—borrowing as little as they can—and content themselves with small profits, they prevent those who have no capital from starting similar enterprises with borrowed money. Such is the case today in the Republics of Genoa and Holland, where interest is sometimes at 2 percent, or lower for the upper classes.

Meanwhile, in Germany, Poland, France, Spain, England, and other countries, the affluence and expenses of noblemen and property owners has kept the country's entrepreneurs and master artisans accustomed to large profits, enabling them to pay a high rate of interest, which is higher still when they import everything from abroad with the added risk for the enterprises.

When the prince or the state incurs heavy expenses, such as when making war, the rate of interest increases for two reasons. The first is that it increases the number of entrepreneurs with several new large enterprises for war supplies, and it therefore increases borrowing. The second is because of the greater risk that war always brings.

On the contrary, when the war is over, risk diminishes, the number of entrepreneurs decreases, and war contractors who go out of business reduce their expenditures and become lenders of the money they have gained. In this situation, if the prince or the state offers to repay part of the public debt, it will reduce the rate of interest significantly. This will truly have an effect if part of the debt can be paid off without borrowing elsewhere, because the repayments increase the number of lenders in the highest class of interest [i.e., the prime rate], which will affect all the other classes.

When the abundance of money in the state is caused by a continuous [positive] balance of trade, this money first passes through the hands of entrepreneurs. And although it increases consumption, it does not fail to lower the rate of interest because most of the entrepreneurs will acquire enough capital to conduct their business without borrowing, and even become lenders of the amount they have gained beyond what they need to operate their business.

If the state does not have a great number of nobles and rich people who spend lavishly, the abundance of money will certainly lower the interest rate while increasing the price of goods and merchandise exchanged. This is what usually happens in republics that have neither much capital nor considerable land, and that grow rich only by foreign trade. But in states that have considerable capital and large property owners, the money brought in by foreign trade increases their rents and enables them to spend heavily, which maintains several entrepreneurs and artisans besides those who engage in the foreign trade. This always keeps interest rates high despite the abundance of money.

When a noble or property owner ruins himself by extravagant expenditures, the lender who holds the mortgages on the property often acquires the absolute ownership to it. It may also be the case in a state that lenders provide more credit than money in circulation. In this case, they are subordinate owners of the land and its production, which have been mortgaged as security, and without which the lenders' capital would be lost by the bankruptcy of the borrowers.

If the prince or the administrators of the state want to regulate the current interest rate by law, the regulation must be established on the basis of the current market rate in the highest class or thereabout.3 Otherwise the law will be useless, because entrepreneurs are obedient to the forces of competition (or the current price as settled by the proportion of lenders to borrowers), and as a result they will resort to secret deals. This legal constraint will only hamper trade and raise the interest rate instead of fixing it.

Historically, the Romans, after passing several laws to restrict interest rates, passed one to prevent the lending of money altogether. This law had no more success than its predecessors. Justinian's law, which restrained well-to-do people from taking more than 4 percent, those of a lower order 6 percent, and traders 8 percent, was equally amusing and unjust, because it was not forbidden to make 50 and 100 percent profit in all sorts of enterprises.4

If it is allowable and respectable for a property owner to lease a farm to a poor farmer at a high rent, risking the loss of the rent for a whole year, it seems that it should be permissible for a lender to lend money to a needy borrower at the risk of losing, not only his interest or profit, but also his capital, and to stipulate any interest rate that the borrower will freely consent to pay.

It is true that loans of this type can make lenders worse off; they can lose both the interest and their capital because they are far less likely to recoup losses compared to the property owner, who cannot lose the land he rents. Because bankruptcy laws are relatively favorable to debtors and allow them to start again, it seems that usury laws should always be adjusted to market rates, as is the case in Holland.

The current interest rate in a state seems to serve as a basis for establishing the market price of land. If the current rate is 5 percent or 1/20 part, the price of land should be the same [i.e., 20 times the amount of interest paid per year on the mortgage of similar land]. However, because ownership of land gives a certain status and rights in some states, it will be the case that when interest is 5 percent or 1/20 part, the price of land is set at 1/24 or 1/25 [25 times], although the mortgage rate on the same land hardly exceeds the current interest rate.

After all, the price of land, like all other prices, is regulated naturally by the proportion of sellers to buyers, etc. And as there will be many more buyers in London, for example, than in the provinces—and as these buyers who live in the capital will prefer to buy land in their locality rather than in distant provinces—they would rather buy land in their vicinity at 1/30 or 1/35 than distant lands at 1/25 or 1/22. There are often other acceptable reasons affecting land prices, unnecessary to mention here, since they do not invalidate our explanations of the nature of interest.5