Cartels and Subsidies in Canadian Agriculture 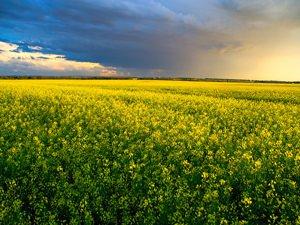 Canada, a federal state consisting of 13 federal units — ten provinces and three territories — has a relatively long history of agricultural policy. While sometimes similar to American agricultural policies, there are key differences with Canadian agriculture that may help illustrate the economic costs of intervention in differing economies.

While the US Farm Bill draws its origins from 1933 New Deal legislation as an attempt to increase prices of agricultural commodities, Canadian agricultural policy originated in the late nineteenth century with the massive inflow of migrants into areas now known as the Prairie Provinces (Manitoba, Alberta, and Saskatchewan). This migratory expansion was primarily subsidized by the state in the nineteenth century as part of an unofficial “race” for territory between the British Dominion of Canada and the United States. The Prairies were rapidly populated by immigrants from Eastern Europe to whom the state allotted free land for farming. One of the main motives was to settle that territory and thus lay claim to it as part of the Dominion of Canada. The state, of course, had to make sure that the immigrants it brought into the west remained on the land and thus agriculture became a policy for accomplishing national territorial goals.

One of the first pieces of legislation intended to keep farmers on the land was the Canadian Western Grain Transportation Act of 1897, which remained in power for almost 100 years — until 1995. The Act put in place legal obligations for the government to subsidize transportation of grain from western to eastern Canada. After this act was repealed in 1995, it became more profitable to ship Canadian grain southward into the US than to sell it domestically. In this case, the US consumers benefited from the abolition of this Canadian law.

While the US policy has retained its focus on regulating the prices farmers receive for specific commodities, Canadian policy tended to echo the whole-farm support approach of the nineteenth century policies. The 2014 US Farm Bill provides price support provisions for most agricultural crops and profit margin guarantees for raw milk. In addition, the Bill guarantees certain levels of farm revenue for most crops. On the other hand, Canadian farm support programs focus on subsidizing the whole farm profit margin rather than controlling prices or revenues associated with different agricultural commodities.

As an illustration, a US corn farmer would receive a payment from the government covering most of his “losses” if the average price of corn in 2014 fell below the so-called reference price, which is currently $3.70 per bushel. The farmer would first sell his corn on the market at the current price, and the government would “top up” most of the difference between the reference price and the market price. However, even if the corn market price does not fall below the reference price, a farmer could collect payments from the government if his revenue from corn sales falls below his average revenue for the past five years, excluding the highest and the lowest revenue years. This is part of the so-called Average Revenue Coverage (ARC) program. If a farmer chooses not to participate in the ARC program, he still has an option to purchase crop insurance where the government subsidizes 65 percent of the premium. Some estimates suggest that, from 1995 to 2012, the US government spent about $60 billion on crop insurance. Put into perspective, this is approximately the yearly GDP of Croatia, a country with 4 million inhabitants.

In Canada, however, it’s the whole farm profit margin that is being subsidized rather than crop prices or farm revenues. Under the program called AgriStability, farmers pay into an income support account where 45 percent of the premium is paid by the farmer and the remaining 55 percent comes from the federal and provincial government budgets. The second program (the so-called AgriInvest Program) includes an option to pay into an interest-bearing savings account that receives a matching government contribution. If in any given year a farmer’s profit margin falls below the level of the past five years’ average, excluding two years with the highest and the lowest margins, (i.e., the reference margin), most of this loss can be covered by the two income-support programs.

Income support programs are aimed directly at improving the stream of farm income, but there are also pieces of legislation that affect farm income indirectly. These laws pertain to the sales of some agricultural products such as grains, poultry, eggs, and milk. There are organizations legally authorized to be the sole buyers and sellers of agricultural commodities. The purpose of these organizations, which is usually called marketing boards, is to provide farmers a better bargaining position in relation to the processors of agricultural commodities. These marketing boards are legalized cartels that eliminate competition among farmers and raise the price of farm output. While this makes it possible for farmers to obtain a higher price for their product, it also makes it illegal for them to sell their product to anyone other than the marketing board for that specific commodity.

There are also laws that allow some marketing boards to limit the amount of production in the province and thereby directly raise the market price. This is the case with milk, poultry, and eggs. In order for these programs to function, there are additional legal restrictions on the import of cheaper milk, poultry, and eggs from the world market. For example, Canada allows for up to about 5 percent of domestic demand for dairy products to be imported. All imports that exceed that amount are taxed at a rate of over 200 percent, which effectively prevents further imports. There are debates and negotiations at the level of the World Trade Organization that these restrictions on imports be relaxed, but the final round of negotiations has been ongoing since 1996 and there haven’t been any major changes in import laws.

For example, for the past 40 years, the production of milk in Canada has been legally regulated at the federal and provincial levels. At the federal level, production is limited to about 79 million hectoliters per year. Each province has a strictly defined share in the total national production that cannot be exceeded. For the whole system to function, milk can be produced only by a farmer that is registered with a provincial marketing board. Every farmer is allowed to supply a precisely defined quantity of milk, which is referred to as a quota. A farmer may increase his quota only if another farmer is willing to sell his quota. The exchange of quotas is also regulated in detail and must be approved by provincial marketing boards. Currently, farmers are willing to pay more than $30,000 in exchange for transfer of rights to increase their dairy herd by one dairy cow. However, the soaring quota prices have created barriers for new entrants into the industry. A person that wants to start a small dairy farm first needs to pay more than $1 million just to be allowed to produce milk. These barriers to entry have triggered quota price controls in Ontario and Quebec, the major dairy producing provinces. The price controls, in effect, have reduced the willingness of farmers to sell their quotas. Now the Ontario milk marketing board is offering quotas at subsidized prices to a limited number of new entrants (i.e., not more than ten per year).

Despite these unintended consequences of agricultural policies, the domestic support by the producer groups seems to remain strong. Consumers tend to be unaware of how policies are affecting them, but many see agriculture as a symbol of national pride and may be willing to pay the price of agricultural support policies.