GET NEWS AND ARTICLES IN YOUR INBOXPrint
A
A
Home | Mises Library | The Captured Economy: How the Powerful Enrich Themselves, Slow Economic Growth, and Increase Inequality

The Captured Economy: How the Powerful Enrich Themselves, Slow Economic Growth, and Increase Inequality 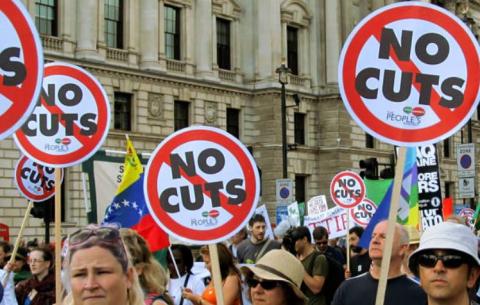 During the late nineteenth and early twentieth centuries, the Progressives claimed that the American political system was corrupt. Large financial and business interests dominated the government. What should be done to end their noxious influence and to promote the public good? Guidance from intellectuals, not wheeling and dealing by corrupt politicians, should set the political agenda. Nonpartisan scientific experts should take over much of the day-to-day work of government.

In his definitive The Progressive Era (2017), Murray Rothbard had little use for these would be intellectual autocrats: Behind the Progressive program were “newly burgeoning groups of intellectuals, technocrats, and professionals: economists, writers, engineers, planners, physicians, etc., anxious for power and lucrative employment at the hands of the State.” (p. 37)

Brink Lindsey is by his own lights, though not by mine, a libertarian; and Steven Teles is a modern liberal. They have together devised a new “liberaltarian” outlook. (The word combines elements of “libertarian” and “egalitarian”) It is a new name for an old way of thinking, and students of the Progressives will find little to surprise them.

Experts, the authors tell us, must be in charge:

Making Congress more deliberative, and less subject to undue influence, is a matter of making it smarter and more independent of the interests trying to bend it to their will. The way to do that... is to finally bring the civil service system to Congress.... The first best option would be to reconstruct committee staff on the model of the Congressional Budget Office and the Government Accountability Office, which provide stable long-term employment to highly trained policy experts in a context of strict non-partisanship. (pp. 161–162)

The Federal Trade Commission should extend its expert guidance to the states:

If an anti-rent organization in a state can generate enough energy to request the FTC to issue an advisory opinion, it can introduce a very powerful, authoritative counterweight into a normally insulated decision-making process. The FTC could be doing even more in this area by providing more resources to pay for research and participate in state deliberations. (p. 166) (The authors usually mean by “rent” an artificially created scarcity.)

The authors worry that these suggestions do not go far enough. Perhaps the power of Congress should be reduced and that of the president—of course guided by expert intellectuals—increased:

We should at least consider the possibility that Congress, and legislatures in general, is unavoidably tilted toward upward redistribution…. [William] Howell and [Terry] Moe suggest that the best way to counter Congress’s rent-friendly provincialism is to require Congress to give an up-or-down vote to legislation proposed by the president…. This admittedly dramatic procedural reform would give presidents much more power to shape the policy alternatives considered by Congress. (pp. 169–170)

Contrary to what I have claimed, though, are the Progressives and our self-styled liberaltarians really that similar? Libertarianism—in however attenuated a form—and Progressivism are after all two very different ideas. But finding the difference in this instance proves elusive.

The influence of special interest groups on legislation, highlighted by the authors, is indeed a serious problem; and the natural libertarian response would call for the power of the state to be curtailed, if not done away with altogether.

Conservatives and libertarians have failed by insisting that the baby be thrown out with the bath water. Once government assumes any responsibility to regulate in a given area, they argue, it is inevitable that rent-seeking will corrupt policy-making. Accordingly, the only way to solve the problem is to dramatically shrink the scope of the state…. This is a dead end. The modern regulatory and welfare state isn’t going anywhere, and the reason is simple: the vast majority of Americans, conservatives and liberals alike, think it’s a good idea. Although one of us wishes it were otherwise, there is no significant political support for a dramatic rollback of government’s functions. (p. 10).

Lindsey is the one who “wishes it were otherwise,” but he too supports the welfare state. Here the authors ally with the Progressives, not libertarians. They do not propose to reduce the scope of the state.

The authors rightly decry government programs that bring about “upward redistribution” of money to well-off special interests. But so did the Progressives; there is nothing distinctively libertarian about it. The libertarian objection is to redistribution, not just “upward” redistribution; libertarians do not object to inequality in itself. Lindsey and Teles clearly position themselves in the egalitarian camp; you will find nothing in the book opposing downward redistribution. They begin by bemoaning “the rise of income and wealth inequality, driven especially by rapid gains at the top.” (p. 1) In doing so, they accept without question the dubious statistics of Thomas Piketty. They do not so much as mention any of the criticisms of Piketty by Philip Magness, Robert Murphy, and others. Our liberaltarian authors would do well to acquaint themselves with the compilation Anti-Piketty. (Delsol et al., 2017). To their credit, though, they reject Piketty’s claim that “there is a fundamental tendency in capitalism toward ever-greater concentration of wealth” (p. 123).

They do not wish to replace capitalism but rather to curtail government programs that benefit the well-off. Here they make a real contribution, and the individual chapters on the programs they question are far better than the overall framework of the book. They note, for example, that “the government’s efforts to reduce the harm caused when financial firms fail ends up subsidizing the heavy reliance on debt that makes firm failure more likely. . .It is no surprise, then, that the creation of a formal safety net for banks led to a higher level of indebtedness. In addition to these explicit subsidies, an implicit subsidy created by a string of ad hoc bailouts has further incentivized financial institutions to ramp up their leverage.” (p. 52)

They next turn to intellectual property and find little good in it.

Notwithstanding the flimsy evidence that intellectual property laws actually fulfill their constitutional mandate “to promote progress in science and the useful arts,” these laws have steadily expanded their scope and reach over the years, with explosive growth occurring during the past few decades. The combined effect of those recent expansions has been to throw sand in the wheels of the sectors of the economy with the greatest potential for growth and innovation. (p. 75)

The contrast between “utilitarian” and “moral” is spurious; good and bad consequences are part of morality, if not, as many believe, the whole of it.

Occupational licensing, the authors point out, hurts the poor.

Zoning fares no better in their eyes.

The overriding purpose of land-use regulation has been to protect homeowners’ property values at the expense of housing for everybody else. In other words, zoning exists to transfer wealth from new buyers to existing owners.

The book on the whole is written clearly, but disaster has struck between pages 132 and 140. Solecisms abound on these pages: the authors misuse the words “enervated,” “disinterest” and “reticent.”

The Captured Economy contains valuable accounts of a number of harmful government programs. The attempt to construct a watered-down libertarianism that will attract the left, though, fails completely.

Gordon, David. Review of "The Captured Economy: How the Powerful Enrich Themselves, Slow Economic Growth, and Increase Inequality." Quarterly Journal of Austrian Economics 20, no. 4 (2017): 389–393.