Cantillon is Back | Mises Institute
Skip to main content 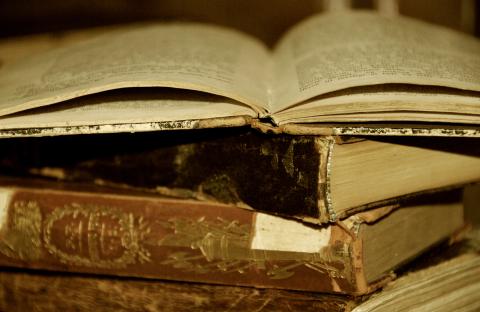 Tags History of the Austrian School of EconomicsPhilosophy and Methodology

Essay on the Nature of Commerce in General. By Richard Cantillon. (Transaction Publishers, September 2001, 194 pages) $24.95.

This just-released edition of Richard Cantillon’s Essay on the Nature of Commerce in General is to be hailed as an important event. The book, originally published in 1755, long has been recognized as the first systematic treatise in economic theory.

Although in all essential parts, Cantillon was a precursor of the Austrian School, his brilliant Essay is widely praised in the economics profession as a pioneering work in economic methodology, theory, and policy. Every student of economics should read this concise and highly comprehensive book for its insights, and economists should periodically read the book to remind themselves of the logic and usefulness of economic theory.

In Essay, Cantillon develops a systematic theory of the economy based on a value-free methodology. He begins with a description of the economic problem and the general manner of human organization to solve that problem. He then places human society in the spatial context of economic geography (farms, villages, towns, capital city). Next, he describes economic actors with the functional categories of the economy (laborers, artisans, landowners, entrepreneurs, and the Prince).

From there, Cantillon provides an analysis of economic decision making with and between all of these categories. He offers an insightful analysis of economic value, and he explores (but does not find) the possibility of an objective measure of economic value.  He shows that the economy is dependent upon the entrepreneur, whose function is resource allocation in the presence of risk. Cantillon's model of the economy shows that property owners ultimately determine outcomes in society, but that the government can also have an important impact on prices, production, and the standard of living.  In the process, he even provides the reader with a highly advanced theory of population.

Cantillon’s approach surpasses both the land-based approach of the Physiocrats and the labor-based approach of the classicals. Land plays an important central role in terms of production in Cantillon’s economy, but labor and wage-rate determination also plays an important role in resource allocation. He finds, too, that labor and population play vital roles in the "esteem" of the State and the national defense. The fact that Cantillon’s economy is modeled on the largely agricultural, pre-democratic society is not a hindrance, because it greatly simplifies the presentation of economic concepts and relationships.

Part two of the book contains chapters on barter exchange, money prices, the circulation of money, changes in the stock of "hard" money, and, finally, the interest rate and reasons why it changes. Many aspects of the book can be related to events and experiences in Cantillon’s own life, from his roots in the Irish gentry to his world travels, from his role in the Mississippi Bubble to his mysterious death. It is thought that Cantillon wrote this book, in part, to educate the lawyers defending him against charges of usury, and in the final chapters of this section, he does show why the interest rate changes and what the negative implications of controlling the interest rate are.

Part three of the book speaks directly to Cantillon’s experience as a banker in international commerce and his connection with John Law and the Mississippi Bubble. It contains chapters on the role of money in international trade and an examination of the differences between banks and central banks. It was Cantillon, not David Hume, who first presented the international specie-flow mechanism, and it is here that Cantillon presents a rudimentary Austrian theory of the business cycle, complete with an analysis of fluctuations in money and interest rates, the real distortions that result (now known as Cantillon effects), and a general indictment of central banking.

Cantillon wrote Essay in 1730, but it was not published until 1755, twenty-one after his mysterious death. Even so, it had a major influence on Turgot, the Physiocrats, and the French Liberal School. Cantillon also has the distinction of being one of the few writers that Adam Smith acknowledged in The Wealth of Nations—although, unfortunately, the reference distorts Cantillon's views on the labor theory of value and does not permit the reader to track down and examine his writings on this topic.

After its original publication, the book fell largely into obscurity for more than a century, until its rediscovery by Austrian economists and by the best of the English economists, William Stanley Jevons.

The current edition is essentially the French/English version that was edited by Henry Higgs in 1931; it contains essays by Jevons and Higgs, but with only the English translation by Higgs and without the original French text. Anthony Brewer, who has written a book about Cantillon’s contributions, wrote the introduction, which provides the reader with some of the highlights of Cantillon’s (very interesting) life, the contributions contained in the book, and the influence it has had. I certainly have disagreements with Brewer’s views and interpretations, but he is far from the worst on the subject.

The main point is that Richard Cantillon wrote the most important book in the history of economics and one that can be profitably read today by the professional economist and the layman alike.