GET NEWS AND ARTICLES IN YOUR INBOXPrint
A
A
Home | Mises Library | Can the Market Deliver Letters?

Can the Market Deliver Letters? 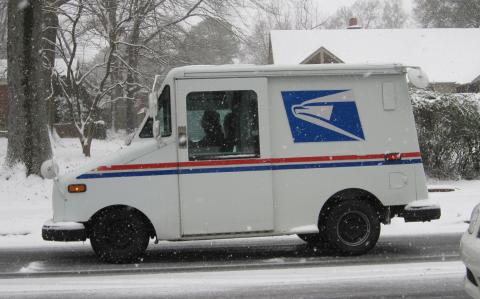 Like all government operations (public schools, domestic security, tax collection), the Post Office has to continually reform itself to avoid a complete public-relations meltdown. Thus did the Post Office become the Postal Service some thirty years ago. The name change was supposed to indicate how its management was going to be less like government and more like business.

But what institution defines business? It is not in the name. It is not an attitude or even managerial strategy. The core of business is private ownership. It is this institution that makes trade and competition possible, which in turn establishes prices and valuations, which in turn make possible rational economic calculation. Without private ownership, a government operation—whether a Soviet factory or the US Postal Service—lacks the essential means to act like a real business.

When the Post Office was reformed, it did not become privately owned, and its core service was not opened to direct competition, so its managers never confronted real risk nor faced the prospect of real loss. And so, by bureaucratic accounting standards, it still loses money and tries to make up for its failure by penalizing its customers with worse service and higher prices.

An even better idea might have been to actually make it a business—as in capitalists and entrepreneurs using their own money, or selling stock, to compete to provide services to the public, finding financially viable and efficient means for delivering letters. It is as simple as allowing private investors to take possession of all post offices, trucks, planes, and equipment, while repealing all restrictions on entering the mail market.

After all, anyone who says private enterprise can't deliver mail, given the amazing achievements of the market economy relative to Stalinist-style bureaus, has no plausible argument left.

Well, one argument keeps reasserting itself: the need for universal service, which is to say, the need for letter delivery to cost the same amount no matter where something is delivered. Private enterprise, say privatization critics, will invariably charge more for out-of-the-way places as versus close by places.

The answer to that objection is that the need for one price is without economic justification, at least a priori. It could be that private enterprise would end up charging a single price for delivery, the way long-distance services have benefited from charging a single per-minute charge. But it doesn't have to be this way. It would stand to reason that some delivery routes could command a higher price than others.

In any case, it is up to the consumers to decide. Under private enterprise, no one is forced to pay anything to anyone. Despite all the perfunctory gestures towards friendliness, the Postal Service does not serve consumers first. It serves its union, the government, and itself.

In any case, even the Postal Service doesn't take its universal price standard too seriously. It applies it only to domestic mail, but all other services and international mail service build in price discrimination. And if you add an additional ounce in weight, the price goes up.  And notice that the one-price rule on first-class domestic mail does not mean one price for all time. It keeps going up every few years.

Who is to say it is more fair to have a single price that is always going up rather than a variety of prices that are stable or go down (as the price of most communications have done in the last two decades)? Who is to say it is fair to have a single (rising) price on letters within the , but not to or ? These price rules are so silly as to actually illustrate the problem with government mails: they are run by bureaucrats, not capitalists.

The proposition that government must enjoy a monopoly on letter delivery flies in the face of all experience. Even on matters of the security of the mails, private enterprise would do a better job. When the Anthrax threat was everywhere last year, the government mails were powerless to stop it or otherwise screen the mail. Imagine how much better private enterprise would have been at the same job. And then the USPS has the gall to cite Anthrax as an excuse for increasing the price of stamps!

The letter statutes that make it a crime to deliver a non-urgent letter for profit are still in force. Private enterprise has ingeniously gotten around the problem, through dozens of delivery services, overnight letters, and glorious email.  By doing so, private enterprise has kept communications up to modern standards, even as the Postal Service continues its ancient-world practice of dragging sacks from place to place and accumulating losses year after year.

That brings us to the Bush administration's commission to look into Postal Service reform. Serving on it will be a variety of big names to look into the question of how to make the postal service viable in the age of email. Some people are celebrating this step as visionary. But come on: Do we really need this? It's like a commission to look into how to make the IBM Selectric viable in the age of Microsoft Word, or looking into how to save the market for horse-drawn carriages in an SUV age.

The consumer has already spoken. The Postal Service is an antique. Sell it, or let it fend for itself. Maybe there is something worth saving, but let entrepreneurs sort it out. We don't need a commission to tell us what we already know, that the Postal Service needs to go.

The right response to that comment is: forget stealth! Make that the goal! Surely the Bush administration would not face catastrophic political consequences for telling the truth on this matter. What could be the downside? Letter carriers, being part of a powerful labor union, tend to support and vote for Democrats anyway.

Another possible reform will be to allow the Postal Service to set the price of its own stamps rather than have to appeal to government for every increase. No doubt, this would be sold as a market reform. Recall that during the 1980s, the Soviets tried the same thing, allowing its factory managers to set their own prices. But without private ownership, the freedom to set prices becomes the freedom to loot! It's not price control to require the Postal Service to get its stamp-prices approved; it is a restriction on bureaucratic power.

Fundamental, not cosmetic, change is necessary. Why doesn't the Bush administration act? Because the real reason for the government mail that hardly anyone wants to talk about is: the government wants to maintain a foothold in our essential communication infrastructure. In the high-tech revolution, it has lost much of that foothold. The government controls no viable Internet Service Providers and it has found it difficult to monitor emails, IMs, and all the other forms of communication available.

It may make economic and even political sense to let private enterprise do the whole of the job of delivering letters. But, from the point of view of our government managers, it would mean surrendering a certain amount of power and authority over the population. And right now, no one in Washington is in any mood to do that. Quite the opposite: the attempt to create a nationwide network of government spies (TIPS) relied heavily on drafting letter carriers into the surveillance army. Such a feat cannot be as easily accomplished with a private agency as with a government monopoly. We can argue about this point, but let no one claim that privatization wouldn't make the most economic sense.