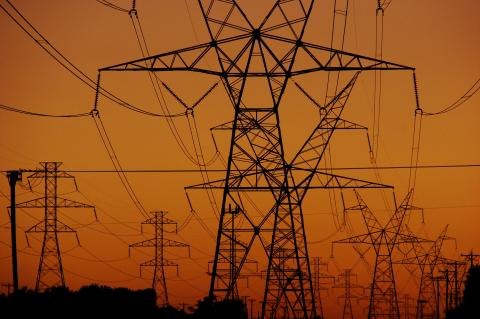 When we last left the Socialist Republic of California, someone had switched off the lights. According to the latest news, someone has switched them on again as the Democrat-dominated California State Assembly has supposedly "solved" the state’s electricity problems.  Like so many other "solutions" that come from government, this one further promotes the fiction that government solves problems that private businesses create.  Furthermore, this plan also encourages the belief that tax increases are justified in the face of higher costs, but private price increases are evil.

These pages and numerous other publications have explained why the nation’s wealthiest state recently has experienced rolling blackouts more identified with Third World banana republics.  Politicians and their environmentalist allies have kept new power generating facilities from being constructed in California, which means electric utilities must purchase power from out of state producers to satisfy the demand for electricity.  Furthermore, legislators capped the price utilities could charge California residents at levels well below what utilities must pay electricity wholesalers for out of state power.  The whole scheme was a recipe for disaster.

While California’s governor Gray Davis and the legislature are being praised for "solving" this problem, the government "solution" needs to be scrutinized.  Even a cursory glance at what the legislature did finds that California politicians have committed fraud on a massive level.  Furthermore, we can easily deduce that the power crisis was created not by private enterprise, but by the politicians in Sacramento.  It is also clear that this $10 billion "plan" also extends the tentacles of state power even farther.

The legislation permits the state to sell bonds in order to pay for long-term contracts with outside power producers – the very thing that the legislature forbade private utilities to do.  Furthermore, now that the state is financing this "bailout," residents will now see rate hikes and higher taxes, of course, to pay for the bonds.  What is most telling here is that the rate increases are being pushed through not to compensate the private utilities which have been driven to near bankruptcy by the legislatures policies, but rather to repay the state government for power purchases.

The arrogance here is breathtaking.  Gov. Davis and other California politicians, along with the "consumer groups" that make up part of the Democratic coalition, are insisting that the state be compensated for its electricity purchases.  Fair enough, but these same folks are the ones who demonized private utilities for wanting to do the same – and pushed through legislation that prevented them from doing so.

Of course, Davis and the politicians do not stop here.  Consumers who use more electricity than a state-approved baseline will be penalized to the tune of 30 percent.  Again, this is something private companies are prohibited by law from doing.

Furthermore, until further notice California retailers who do not reduce outdoor lighting during nonbusiness hours will be committing a crime and will face penalties of $1,000 a day.  On top of that outrage, the state will spend nearly $200 million of taxpayer funds to provide financial incentives to individuals and businesses that buy "energy-efficient" appliances, equipment, and lighting fixtures.

There is no word yet on whether or not the state will compensate the private utilities that went nearly $13 billion in debt to finance the legislature’s Rube Goldberg electricity scheme that caused this crisis in the first place.  The present rhetoric coming from the legislature and governor is that state funds should not be used to "bail out" the "mistakes" of private companies, even when the state government was directly responsible for the utilities’ plight.

While this package seems quite logical to the political classes of California and beyond, not to mention their media allies, in actuality it is an admission of government failure on a massive scale.  First and most important, price controls in the face of high demand will always lead to shortages.  The laws of the State of California could not supercede the laws of economics.  By lifting price controls in order to compensate state government, the legislature was implicitly acknowledging that price controls are intellectually and morally bankrupt.

Second, once again we see the state attempting to force something upon citizens that they would not want themselves.  Furthermore, the legislators assume that the only way that individuals will cut back on electricity use (at a market price) is for the state to force them to do so.  Indeed, individuals may not actually cut back on using electricity even when prices rise, but they will compensate by cutting back on other things.  The legislature assumes that electricity should be treated differently than other products, which is fallacious.  In other words, the political classes arrogantly assume that individuals do not know what is good for them and that politicians must decide what is good and what people can be allowed to possess.

Third, despite the fact that the politicians and consumer groups have been insisting that price increases in the current situation have not been necessary, in the end consumers will still have price increases.  However, now Californians have the added burden of basically bankrupt utilities and the ongoing crises that condition will continue to create.

Last, the state has become stronger by deceiving the public.  Thus we have more government, less liberty, and an even more ignorant public than before.  It seems that once again, California politicians have come out on top.