GET NEWS AND ARTICLES IN YOUR INBOXPrint
A
A
Home | Mises Library | Business Tides: The Newsweek Era of Henry Hazlitt 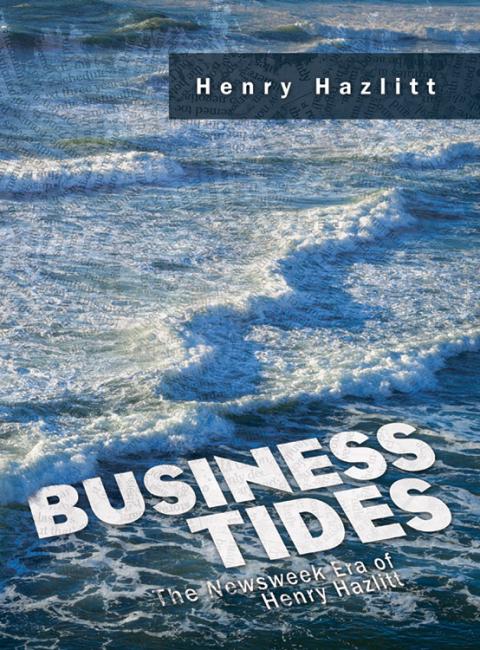 A lone voice of economic sanity in the United States after World War II was Henry Hazlitt, who had moved in 1946 from the New York Times editorial page to Newsweek magazine, where he wrote until the late 1960s. He wrote a column every week on the most important economic topic being discussed in politics and the media. Each column was about 800 words, and each taught a lesson using logic and evidence. His column was always a wonderful annoyance to the political class and a ray of bright light for freedom lovers everywhere.

None of these columns has appeared in print since. Business Tides brings them all back to light in a gorgeous and easy-to-read format, arranged from the first to the last. The topics are the same ones that are in the news today: deficits, spending, tariffs and trade, inflation and the gold standard, wage and price controls, regulations, presidential intervention, stimulus and laissez-faire, and government spending on research.

Reading this book is like getting your own personal guided tour of the economic history of the postwar world. It enlightens on every page. It is a kind of "live blog" of the entire period of history. Hazlitt's tone is always sober, stable, and fluid, with a timeless quality that impresses the reader with its logic and erudition. It appears on issue after issue, in every article without exception.

Of course you can turn to any page and enjoy his commentary. But it is especially interesting to read the articles in sequence, because quite often Hazlitt elaborates on particular points as a debate developments and then he further refines his points in light of critics. Reading the articles in this way, the reader gains a through understanding of the topic in question.

The real beauty of this volume — which is an amazing 900-page hardback with a two-column layout — is that it rescues from history some of the most powerful and important economic commentary ever. It came about during the great transition out of the war and into peaceful economic planning of the sort inspired by Keynes. Hazlitt fought it every step of the way, valiantly and with the cool light of reason and wisdom. We will never know for sure how many bad policies were stopped by his writing, but he sure did leave a wonderful legacy for future generations.

Paul Charles Milazzo of the University of Ohio writes the comprehensive introduction based on the archives.

It also features a detailed index.