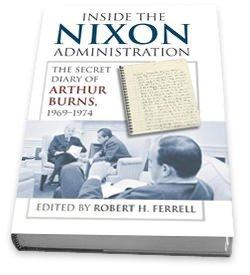 The notion of central-bank independence is one of the great myths of the modern age. The perception is constantly floated and the words mouthed. Every president and potential presidential candidate swears the Fed's independence is sacrosanct. Even before becoming president, Barack Obama spoke in reverence of Ben Bernanke's operation. "Senator Obama made clear his respect for the independence of the Federal Reserve System and the special importance of its role during periods of economic uncertainty," Obama's Senate spokesman Michael Ortiz told Reuters in July of 2008.

In May the current Fed chair told a conference in Tokyo that he and other central bankers must be left alone to expertly guide their respective economies; otherwise, Bernanke said, "political interference in monetary policy can generate undesirable boom-bust cycles that ultimately lead to both a less stable economy and higher inflation."

For those who believe this sort of nonsense — or are under the impression that political leaders and the posses surrounding them are wise, thoughtful, and have the best interests of the country at heart — a quick read through a small book should disabuse the most ardent democracy lover of these notions. Inside the Nixon Administration: The Secret Diary of Arthur Burns, 1969–1974 gives the reader a peek into the oval office and should give one pause.

But wait a minute; the Fed chairman doesn't hang out at the White House. The president and the head central banker only run into one another on the Washington cocktail circuit, nodding politely but keeping a respectable distance. Otherwise people would talk.

However, Arthur Burns spent lots of time with Richard Nixon and Nixon's staff and advisors. After spending the better part of an especially trying day at the White House, he concluded his January 19, 1972, entry with "Vanity! What Vanity! Why do grown men act so foolishly?"

This from a guy who, when a German reporter asked how he could have pulled the trigger on a damaging monetary policy, said a Fed chairman has to do what the president demands or "the central bank would lose its independence."

There are numerous entries in Burns's diary that start with "President telephoned," "The meeting at Camp David," "President called and asked me to come over." It's a good thing the Eccles Building and the White House are just a few blocks apart.

Burns was close to Nixon, but even so, he seems sad in his initial entry that Nixon was triumphant on inauguration day rather than humbled by the challenge and responsibility. A few entries later Burns writes of going on TV to support the president's domestic package, which inspired a call from a thankful Nixon who went on and on with Burns about the importance of loyalty. But when the president called a half hour later for no apparent reason, Burns wonders, "Had he been drinking?" Reminiscent of a poignant scene portrayed in the movie Frost/Nixon.

The diary really heats up with the entries from 1971, the pivotal year when the faintest remnants of the gold standard were extinguished. Writing about what was known as a Quadriad meeting (the "Troika" of the secretary of the Treasury, the CEA chairman, and the director of the Bureau of the Budget, together with the Fed chairman) on March 8, Burns observed,

The President looked wild; talked like a desperate man; fulminated with hatred against the press; took some of us to task — apparently meaning me or [chairman of the Council of Economic Advisors, Paul] McCraken or both — for not putting a gay and optimistic face on every piece of economic news, however discouraging; propounded the theory that confidence can be best generated by appearing confident and coloring, if need be, the news …

Burns goes on to write that Nixon will do anything to get reelected and believed that despite the president's harassing of the Fed, "I am still his best friend." But a few lines later Burns writes that during that meeting at times he "felt that the President was going mad."

A few days later, Burns asks for a private meeting with Nixon to lay out a number of points, one of which was "that there was never the slightest conflict between my doing what was right for the economy and my doing what served the political interests of RN." Not exactly the definition of independence.

Nixon had a preference for yes-men, which Burns realized in the summer of 1971 just days before the gold window was shut, writing, "What surprised me was not the President's inner thoughts, but the contempt — which he articulated so fully — for other men who had minds of their own and a sense of conscience besides."

The Fed chair writes more than once that he did not favor closing the gold window, but that ultimately it had to be closed because the government was incapable of action and leadership. But, of course, Burns and company were implementing Nixon's New Economic Policy, which involved plenty of heavy-handed government action: a wage-and-price freeze, a 10 percent surcharge on imports, an investment tax credit of 10 percent, and a "temporary" closing of the gold window that became very permanent.

Burns wrote that he "assured the President that I would support his new program fully," notwithstanding his reservations about the gold suspension. However, Nixon's preoccupation with the upcoming election frightened Burns, who wrote that he was "losing faith" in the president.

Burns has little good to say about many of Nixon's operatives. And he is especially hard on Paul Volcker, who is most often revered for later taming the inflation spurred by the policies of Nixon and the Burns Fed. Instead of being portrayed as a tower of strength, Volcker is described by Burns as unmanly; "an indecisive man, full of flaws, and anxieties."

Burns had been plucked from the faculty at Columbia University by Dwight D. Eisenhower to be chairman of the Council of Economic Advisors. This appointment launched Burns's career in government and fortunately cleared the way for the acceptance of Murray Rothbard's PhD thesis The Panic of 1819, which Burns had blocked, despite having known Rothbard since he was a child and being asked by David Rothbard to look out for his son.

Burns's diary is page after page of political dirty dealing, lying, and backstabbing. Nixon went so far as to plant negative press about Burns and threatened to expand the Fed's Board of Governors to dilute the chairman's influence, all to bring Burns in line with the president's economic meddling. None of that seems necessary; Burns's diary would indicate that the president had him at hello.

I think the worst thing that could happen is if the Fed was politicized. An a-political Federal Reserve is a cornerstone of our financial system and broader economy. So nothing is more important than maintaining the Fed's independence. And the fact that its wrapped in the political process is just disturbing and disconcerting.