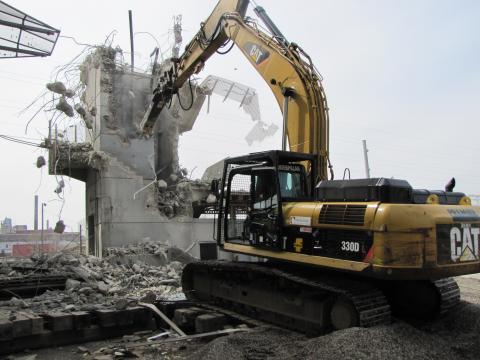 Economists and politicians who talk about the world economy these days are increasingly advocating a "new global financial architecture." What many of them wish to do is give the International Monetary Fund (IMF) new powers over the world's economies. In practice, this means giving the United States Treasury and its new secretary, Lawrence Summers, control over the world's economies. Why? Because for the IMF to take action, 85% of the member votes must be in favour, and the U.S. government controls a whopping 17% of the votes. You do the math.

But the IMF already has exerted a great deal of control over the world's sickest economies, and the results should have humbled IMF officials. The best kind of "global architecture" is one without the IMF and, indeed, without any international regulatory bodies.

Ironically, the IMF's original mission, established in 1944 at Bretton Woods, was to support fixed exchange rates, a mission that should have ended in 1971 when exchange rates were floated. But after 1971, the IMF -- like virtually all government bureaucracies that find the world has outpaced them -- looked around for a new mission. Unfortunately, it found one.

The IMF now lends, at below-market rates, tens of billions of dollars to governments that have messed up their countries' economies. In 1994-1995, for example, a consortium including the IMF, other international government agencies, and the United States and other governments subsidized a $50-billion loan to Mexico (all figures in U.S. dollars).

The IMF claims Mexico as a success story, and it may well be, by the IMF's standards. Certainly, the foreign banks and other lenders that had lent money to the country were bailed out. But per-capita GDP in Mexico is not yet back to where it was before the country's 1994 economic crisis. To claim the bailout as a success in a broader sense, IMF supporters would have to establish that the lot of the average Mexican would be much worse had the IMF and other international agencies not acted. They have not done that.

Even if the Mexican bailout had been a success in this broader sense, the IMF subsidy sent, and other bailouts are sending, two bad signals. First: If you're a government official who screws up your economy enough, the IMF will bail you out. Just this week, for example, the IMF loaned another $4.5-billion to the Russian government, $1.9-billion of which will be used to pay back an earlier IMF loan. The new loan was made contingent on Russian parliamentary approval of a package of new laws. Some of the laws, ironically, will increase taxes on Russians, as if what a formerly communist country needs to get its house in order is to tax its people more. The second signal the IMF bailouts send is to investors, who will make much riskier investments than otherwise because the downside is covered. Investors are saying, in essence, "heads I win, tails I break even." Neither foreign governments nor investors are missing that signal.

In a recent Fortune article, MIT economist Paul Krugman minimized the IMF's harmful effect because it has "very little actual money." But apply that same reasoning to the 1980s U.S. savings and loan crisis. Just as the IMF subsidizes investors' downside risk, the Federal Savings and Loan Insurance Corp.'s (FSLIC) deposit insurance gave depositors zero incentive to monitor the S&Ls' loan portfolios. In 1983, shortly before the S&L crisis was at its worst (in the end, it cost more than $175-billion in present-value terms), the FSLIC had only about $6.4-billion in the kitty. By Mr. Krugman's reasoning, the S&L crisis didn't happen. Think of the IMF as a giant FSLIC. The crucial factor is not the IMF's funds at any point in time, but how much more it can get. Just recently, the U.S. government gave it $18-billion.

Disappointingly, even Harvard economist Martin Feldstein, my former boss at the Council of Economic Advisers and generally a critic of government spending and regulation, advocates a large role for the IMF. He recently laid out a Rube Goldberg scheme for giving the IMF control over international capital movements. He would have governments of emerging-market countries borrow from the IMF, based on collateral. But the collateral would be a share of the foreign exchange earned by that country's exporters.

Mr. Feldstein writes: "A country that borrows from this [international credit] facility would automatically trigger a legislated diversion of all export receipts to a foreign central bank like the Federal Reserve or the Bank of England, with exporters then paid in a mixture of foreign exchange and domestic currency." In other words, Mr. Feldstein would have U.S., British and other governments partially nationalize assets of emerging economies' exporters. This hardly sounds like a recipe for improving those countries' economies.

The best thing that can be done with the IMF is to end it. The basic problem with the IMF cannot be fixed. It is spending (its lending often turns into spending) other people's money, and, as the saying goes, "if you're paying, I'll have lobster." People are always much less careful with other people's money (if those people have no legal recourse) than they are with their own.

Last year, when Russian official Anatoly Chubais bragged to the Russian press that he had "conned" the IMF and its chief negotiator, Stanley Fischer, none of us taxpayers who paid the price could legally take action against Mr. Fischer. He wasn't fired, and he and the IMF have continued to make loans. An even greater "moral hazard" than is implicit in IMF loans is the moral hazard in giving such power to a small group of people. Their power must end.

If we do away with the IMF, what should the United States, Canada and the other industrialized countries do to help make the economic world safer?

The main thing we can do is avoid putting barriers in the way of the crisis countries' exports. One of the few bright spots in Asia's current situation, for example, is its ability to ship goods to the United States and other countries. But the Clinton administration is using the dimmer. After telling Asian government officials at the November meeting of the Asia-Pacific Economic Forum that they should solve their problems by exporting more, Vice-President Al Gore warned them to avoid exporting more to the United States because increased exports from Asia would undercut U.S. support for free trade. And President Bill Clinton, only weeks after fretting about the world economic crisis, tried to persuade South Korea and Japan to ship less steel to the United States.

We should care about people in other countries, not because their economic conditions have a huge impact on ours--they don't--but because those who are hurting, wherever they happen to live, are fellow humans. And the caring solution to the world's economic problems is, as it always has been, more economic freedom, not less. The countries that have had the most economic freedom for the longest time have done the best economically. Those with the least economic freedom have done the worst, due to decades of economic oppression. Many of the world's economies face serious problems, most of which are caused by government. Advocating more government regulation as the solution is like seeing someone suffer and then saying, "Suffer more."