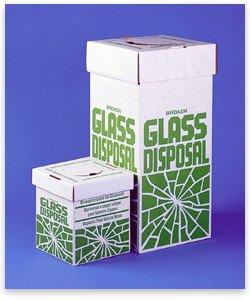 In his classic Economics in One Lesson, Henry Hazlitt applies Frederic Bastiat's "broken window" fallacy. Many still haven't learned the lesson, apparently: this article from the Boston Globe argues that this year's earthquakes in China will be good for Chinese economic growth and that disasters can be good for the economy more generally. Disaster-induced institutional change might lead to higher growth over the long run, but in general the proposition flies in the face of one of economics' simplest ideas: destroying resources makes societies poorer, not richer.

This is "The Lesson" of Hazlitt's classic Economics in One Lesson.

I became acquainted with The Lesson in a very personal way last semester. One day, my phone rang right before my 2:00 PM class. It was the police calling to tell me that someone had broken into our house. Fortunately, they didn't take anything of great importance, but they did kick down the back door and steal our TV and my wife's laptop. (For those of you who are curious, we were made whole by our insurance company — minus our deductible — but to the best of our knowledge the crime was never solved.)

The splinters and shards of broken glass that were all over our laundry room when I got home provided a tangible and vivid illustration of The Lesson. We were very fortunate: in an unsolicited gesture of pure kindness, some of our friends who are good at this sort of thing came over, accompanied us to Lowe's, and helped us pick out, bring home, and install a new door. One might argue that the robbery had a salutary effect in that we have a stronger relationship with these friends as a result, and indeed this was a silver lining to a very dark cloud. That said, though, society is still worse off to the tune of a destroyed door and the time, energy, and money we had to invest in replacing our stuff.

What looks like increased economic growth is often redistribution in disguise. The Globe cites a 1969 study by Douglas Dacy and Howard Kunreuther that showed how Alaskans may have been better off after the 1964 Great Alaska Earthquake because of "the money that rushed into the Alaskan economy after the temblor, as well as generous government loans and grants for rebuilding." These were not free lunches, however, and the "generous government loans and grants" were likely better used elsewhere. The Globe does point out that the conventional "disaster is good for the economy" accounting is incomplete, quoting George Mason University's Donald Boudreaux's statement that if destroying resources made us better off, "Beirut should be one of the wealthiest places in the world."

As Henry Hazlitt put it in a quote that adorns the back of one of my favorite t-shirts (now cheaper in nominal terms than when I bought mine about two years ago):

There is an argument that, by encouraging societies to replace decrepit infrastructure, a disaster can accelerate growth. Yet again, the resources needed to replace that infrastructure must come from somewhere. While we might expect to see robust postdisaster growth along the Gulf Coast and in government-sponsored Gulf Opportunity Zones (GO Zones), it is scarcely clear that this would be economically efficient relative to encouraging people to move elsewhere. As Harvard economist Edward Glaeser put it in a September 13, 2005 Wall Street Journal article about post-Katrina recovery in New Orleans,

We have an obligation to people, not to places … Given just how much, on a per capita basis, it would take to rebuild New Orleans to its former glory, lots of residents would be much [better off] with $10,000 and a bus ticket to Houston.

Government subsidies mean that there will be more production in the geographic space defined by the GO Zone, but this is not net new production. It is economic activity that would have otherwise taken place elsewhere.

As a fan of innovation and progress, I am somewhat sympathetic to the idea that disasters increase productivity by hastening the switch to more efficient technologies. If the productivity increase from implementing these new technologies were so great, however, private firms would implement them on their own initiative without government prodding.

Even if there are collective-action problems (and, therefore, possible "market failures") in the implementation of new technologies, implementation through government opens the door to rent seeking and opportunism. Moreover, the cost of technology-induced rapid growth in a disaster-stricken area might be taxation- and regulation-induced decline in the rest of the country. Government incentives to invest in the areas laid low by Hurricane Katrina will reallocate economic resources toward the Gulf Coast.

Our personal experience illustrates one of the reasons why I remain unconvinced by the thesis that disasters increase economic growth by producing faster technological change. We still have to forego something in order to invest resources in the new technology, and presumably private investors would implement productivity-increasing technologies without the government's help if secure market institutions were in place.

The Lesson is much broader in its applications, particularly to the popular (and flawed) trope that "war is good for the economy." Robert Higgs has done research showing that, contrary to popular beliefs, World War II did not actually end the Great Depression. The increases in government spending needed to prosecute the war effort actually resulted in private disinvestment. In another recent article, economist Frank Steindl argues that "endogenous propagation" mechanisms inherent in the market economy were responsible for recovery from the Great Depression rather than World War II.

In spite of all of this, I am prepared to believe that the long-run consequences of a disaster can be beneficial if they lead to privatization of previously government-owned property as well as institutional reforms more amenable to free markets. As I understand it, Naomi Klein's The Shock Doctrine argues that capitalism requires disasters and "shocks" in order to usher in unpopular free-market reforms on an unwitting and unreceptive majority. This is not a bad thing, though, particularly if Bryan Caplan's The Myth of the Rational Voter is correct and voters are "rationally irrational." (Out of fairness to Ms. Klein, her book is still on my "to read" list; however, extremely critical reviews by Tyler Cowen and Johan Norberg leave me skeptical of her central claims.)

Hazlitt once pointed out that the good ideas in economics have to be relearned every generation, and indeed it seems that a disaster cannot pass without common economic fallacies rearing their ugly heads. The broken-window fallacy seems to reappear every time nature or terrorism causes mayhem and destruction. The human suffering wrought by Hurricane Katrina, this year's earthquakes in China, the tsunami that devastated parts of Asia several years ago, and the 9/11 terrorist attacks was bad enough. Do we have to compound the misery by ignoring one of the most basic lessons economics has to teach us?